Giveaway: The SpongeBob Movie: Sponge on the Run prize pack 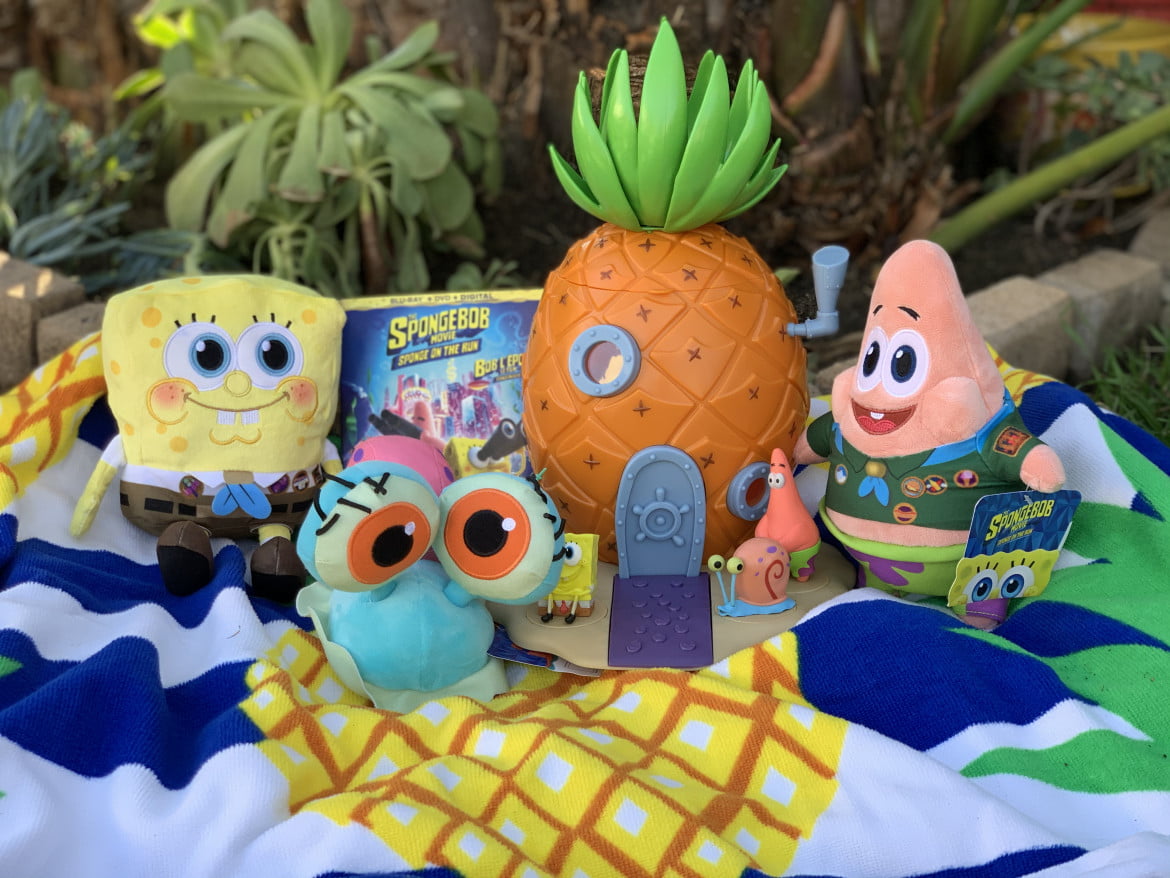 Head back to Bikini Bottom with The SpongeBob Movie: Sponge on the Run, available now on Blu-ray, DVD, Digital and On Demand in Canada. The funny, fun-filled, and action-packed new film is a blast for the whole family, and features awesome cameos.

To celebrate the new movie, Paramount Pictures has given us two awesome prize packs to give away featuring the Blu-ray and DVD combo, with SpongeBob plush toys and Pineapple House topper.

Synopsis: When SpongeBob’s beloved pet snail Gary goes missing, a path of clues leads SpongeBob and Patrick to the
powerful King Poseidon, who has Gary held captive in the Lost City of Atlantic City. On their mission to save
Gary, SpongeBob and his pals team up for a heroic and hilarious journey where they discover nothing is stronger than the power of friendship.

The Digital, Blu-ray and DVD releases are overflowing with an ocean of fun-filled bonus content: Continue the Kamp Koral adventure with young SpongeBob and Patrick in their all-new mini-movie! Plus, check out deleted storyboard scenes, then sing-along and dance with lyric and music videos by Snoop Dogg & Monsta X, Tainy & J. Balvin, and more. Learn to draw young SpongeBob and young Gary with step-by-step activity lessons, then explore behind-the-scenes with the cast, crew and characters of this wildly fun animated movie.

Giveaway Details & Conditions: The GATE’s SpongeBob Movie prize pack giveaway is open to residents of Canada who are over the age of 16. The contest closes on Wednesday, February 17, 2021 at 1:00 PM (ET). The chance of winning depends on total number of entries. Each prize is valued at approximately $75, and cannot be exchanged for cash or any other form of credit. The prize may not be exactly as shown. The GATE reserves the right to substitute the prize for another of equal or greater value. One entry per person, for each entry method.

My grandchildren love Sponge Bob! Thank you so much for the giveaway! :)

spongebob is my favorite