Toronto: Win passes to ‘From Paris With Love’ 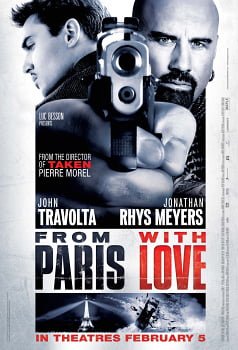 From Paris With Love

Maple Pictures and The GATE are giving away a stack of double passes to see director Pierre Morel‘s new film, From Paris With Love, starring John Travolta and Jonathan Rhys-Meyers.

Written by Luc Besson and Adi Hasak, From Paris With Love opens in theatres on Friday, February 5.

The screening will take place in downtown Toronto on February 4th at 9:30 PM. Contest closes on Friday, January 29 at 12:00 PM and winners will be selected from a random draw. You must be over the age of 18 to enter.

Synopsis: A low-ranking intelligence operative (Jonathan Rhys Meyers) working in the office of the U.S. Ambassador in France takes on more than he bargained for when he partners with a wisecracking, fast-shooting, high-ranking U.S. agent (John Travolta) who’s been sent to Paris to stop a terrorist attack.