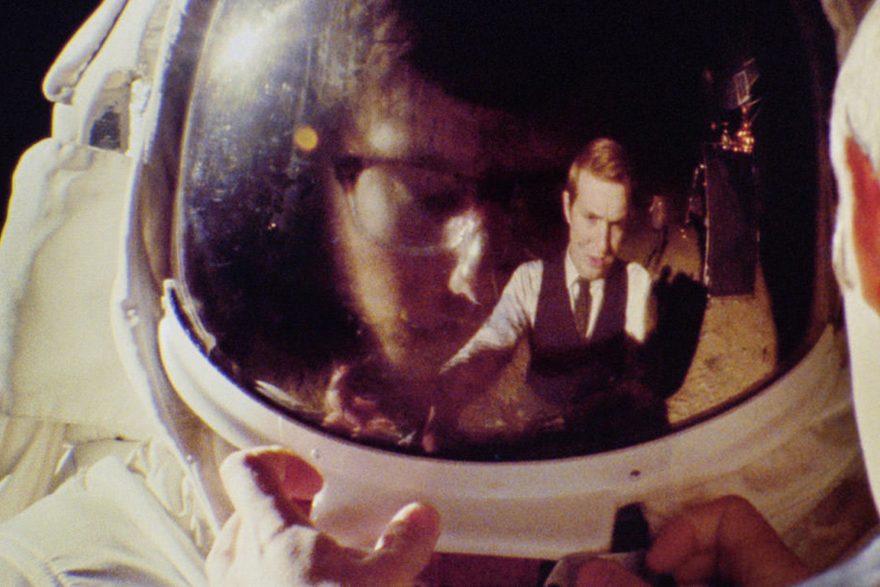 Toronto filmmaker Matt Johnson’s intuitive and ingenious period piece Operation Avalanche feels like a more polished and honed take on themes the writer/director/star mounted with his 2013 debut feature The Dirties or his cult webseries Nirvanna The Band The Show (which is coming back as a proper series to Vice in the near future). The surface level similarities between the two projects are unavoidable to make. Once again it’s a film where Johnson stars as a budding filmmaker (named Matt Johnson, again) with delusions of grandeur who tries to convince anyone that will listen that he has a great idea. The filmmaker gets a chance to put his ideas into action, and the film stops being a lighthearted mockumentary and becomes something a lot darker and more sinister.

While The Dirties, a story of a bullied teen trying to exact revenge by way of producing a movie, was a fine film and a strong debut feature, Operation Avalanche feels like a more impressive do-over with a similar story structure and different character arcs. Where the arc of Johnson’s character in The Dirties goes to darker places emotionally, his protagonist in Operation Avalanche is dragged kicking and screaming into a dark situation that he barely sees coming. Both are good films, but Operation Avalanche is a more interesting one to ponder over in terms of technique and subtext.

Matt Johnson, the character, is a member of the CIA’s “Major Research” department circa the late 1960s; a glorified AV club for the most powerful and secretive surveillance force in the world. Tired of getting stuck on meaningless assignments (like investigating if Stanley Kubrick is a Communist or not), Matt and his best friend-slash-co-worker Owen (Dirties co-star Owen Williams) attempt to get placed on a high profile assignment: sussing out a mole at NASA that might be feeding info to the Russians that might cause the space program to break President Kennedy’s promise to land humans on the moon by 1969. After convincing their skeptical superiors to let them go undercover at NASA as a documentary film crew doing the definitive Apollo mission documentary, Matt listens in on a call where top brass let it slip that there’s no way someone can land on the moon by 1969. His filmmaking interest piqued, Matt begs, lies, and cajoles everyone around him into a plan to film and fake the moon landing.

It all starts out like a jovial and breezy bit of revisionist history based around one of America’s most persistent conspiracy theories. Johnson has an undeniable amount of charisma as a performer, portraying Matt as a headstrong goofball with more dreams than brains. He’s a loose cannon, and one can see how annoying he can be to those working with him, but Johnson imbues the character with a strange amount of respectability. When a plot snag arises and Matt realizes his plot to fake the Apollo landing is nobler than he originally thought it would be, the character reacts with a great deal of humanity, humility, and professional acumen. At first, one wonders how these doofuses could ever land CIA gigs, but it isn’t long before Johnson shows you their capacity to deftly navigate pressure packed situations. 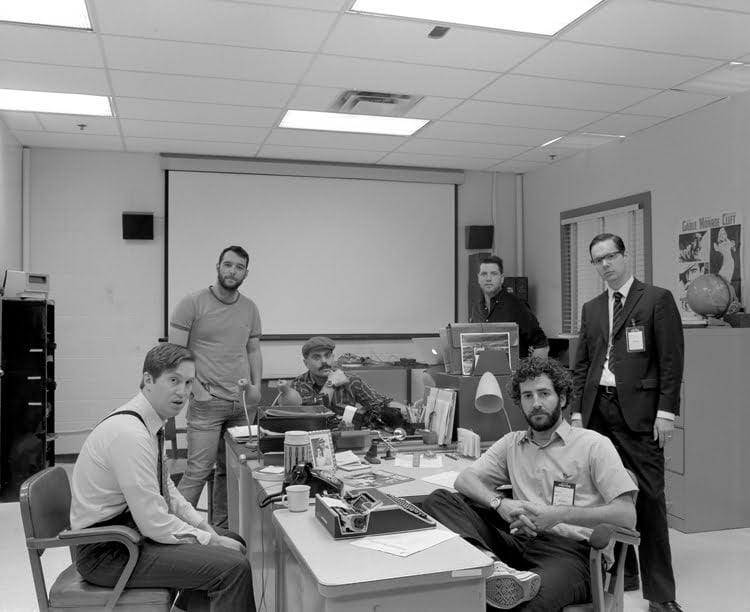 The amount of period detail on display in Operation Avalanche also helps a lot to sell Johnson’s low-budget, low-fi production. Quite memorably and controversially, Johnson, the director, took his crew to Houston to shoot on actual NASA property and locations under the auspices that they were a documentary crew that was in no way there to talk about the moon landing hoax. Not a ton of the movie happens at NASA, but it does colour how the rest of the film moves and plays out. It’s also shot with a seamless blend of 16mm and digital techniques that further blur the lines between reality and fiction, constructing a disarmingly immersive experience for a low budget bit of trickery. Much like their characters, Johnson, Williams, and co-writer Josh Boles have a true commitment to authenticity that all great mockumentarians possess.

Much like The Dirties, Operation Avalanche takes a turn towards the serious in its final act, only here the transition between lighthearted comedy and tense thriller feels earned and more easily transitioned into. Once Matt and his crew realize they’re expendable whether the operation is successful or not, Johnson eases up on the comedy and creates a paranoiac thriller in the vein of The Parallax View or The Conversation. He ups his filmmaking game here by including a couple of deeply frightening images, a claustrophobic escape from a hotel room, and even a lengthy, well mounted car chase that’s played largely with cars travelling in reverse.

This sense of personal and professional accomplishment results in Operation Avalanche playing out a lot more even-handedly than The Dirties did. The emotional beats seem a lot less out of left field, and Johnson has added a skill for clever foreshadowing and emotional beats that seemed missing before. Still, it’s another switcheroo sort of flick, and I do hope that Johnson’s next feature effort switches things up a bit or plays with a blend of comedy and shock value with a different sort of template. Nonetheless, it’s a highly entertaining and engaging comedy and thriller that audiences don’t get very often these days. It’s a subgenre of film that seemed to die in the mid-90s, but it’s nice to see Johnson continually doing his best to bring it back.

Check out the trailer for Operation Avalanche: