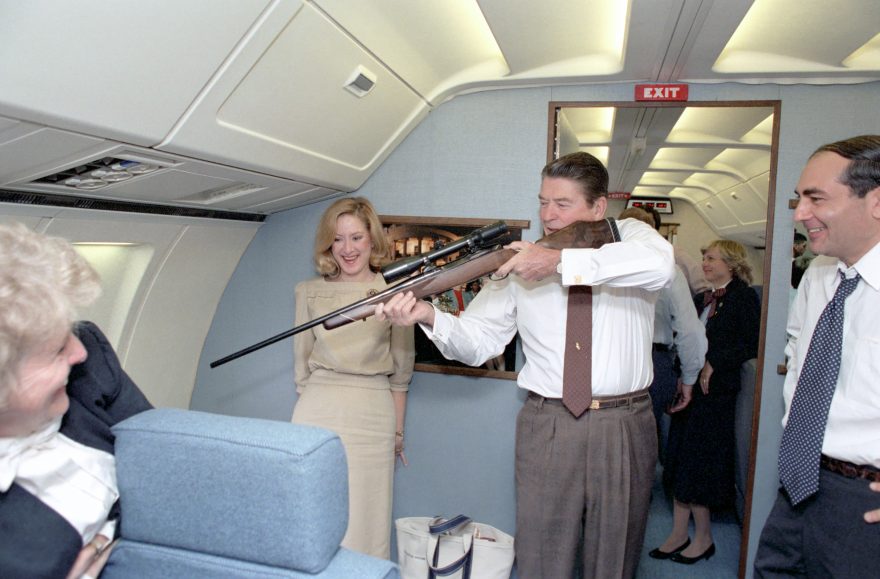 This week at Harbourfront Centre in Toronto, the Reelworld Film Festival kicks off its 16th year with a line-up of films designed to showcase cinema as a tool for change, societal betterment, and education. Running from Wednesday the 12th to Sunday the 16th, Reelworld will transform Toronto’s waterfront into a multicultural arts hub designed to bring numerous social justice issues to light through a wide range of programming.

More than just a film festival, Reeworld this year includes a competitive art battle (where painters compete live on stage in front of an audience, using festival programming as inspiration for their works), a poetry slam, VR experiences, an extensive look at how gaming can be uses as a similarly enlightening tool, and conversations about select short films being screened, including the addition of a “conversation room,” where attendees are encouraged to stick around after screenings to discuss what they just saw in an effort to make the viewing experience more communal and impactful than a passive moment spent in a theatre. Unlike most film festivals in the city, it’s a fun, relaxed, inclusive, and enlightening atmosphere that still allows room for serious discussions of major world issues.

There’s a lot to take in during Reelworld with over thirty features and shorts screening over five days, but here are three films that you can’t miss from this year’s line-up.

Based on a book by Andrew Feinstein (who will be in attendance), this year’s opening night film takes a determined look at war profiteering in the 20th and 21st centuries. Belgian filmmaker Johan Grimonprez takes in-depth looks at Reagan and Thatcher making secret deals with Saudi Arabia to circumvent their own countries’ laws, the debacle of the Iran-Contra affair, and how companies like Lockheed Martin do arguably more damage than most world governments combined. Examples of past precedents morph into a discussion about how those who gain from people killing each other are experience a boom period during the “war on terror.”

Grimonprez talks to journalists, black market arms traders, and those responsible for facilitating bribes, resulting in a subtly terrifying experience where cavalier discussions about major atrocities are tossed off in shocking fashion. What emerges isn’t only a vital portrait of the depths of greed and avarice, but also a pointed look at how the United States and Britain in particular have irreparably damaged their standing on a world stage by protecting their foreign interests as selfishly and backhandedly as possible. Grimoprez and Feinstein have taken a look at the slush funds, secret parties, and backdoor deals that lead to the hush-hush funding of many insurgencies and defense programmes around the world, and the results are essential viewing. 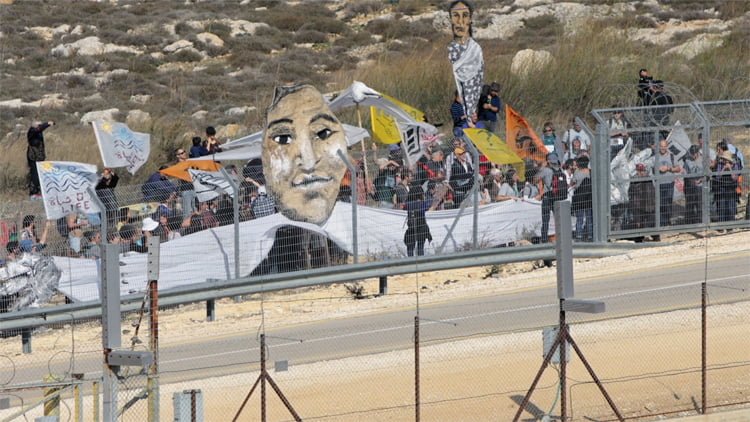 In the first half of the film, Hale and Apkonour weave a troubling, deeply personal oral history of the Israeli-Palestinian conflict from the unbiased perspectives of soldiers on both sides of the always simmering war between Jews and Arabs. The subjects chosen are of the first real fighting generation in the ongoing conflict and all come from similarly skewed familial perspectives on Zionism or sovereignty. One of the Palestinian women being interviewed painfully recalls surviving a suicide bombing attempt she carried out and survived. At one time, these men and women on both sides were driven by pure hatred for each other.

In the second half of the film, the Israeli soldiers being interviewed take a bold stance after questioning their positions in the Israeli military. They refuse to be used in a militaristic fashion by an army that seeks to oppress, causing quite the outcry within the Israeli right wing. Together with their Palestinian counterparts, these men and women fight for peace and understanding.

A patient film where the recollections of the first half create a greater impact for the film’s second half, Disturbing the Peace offers a unique, unflinching look at the Israeli-Palestinian conflict from voices in the struggle that aren’t often heard from. The film’s boldness matches the bravery and thoughtfulness of the subjects being profiled. It also offers considerable hope for future generations. 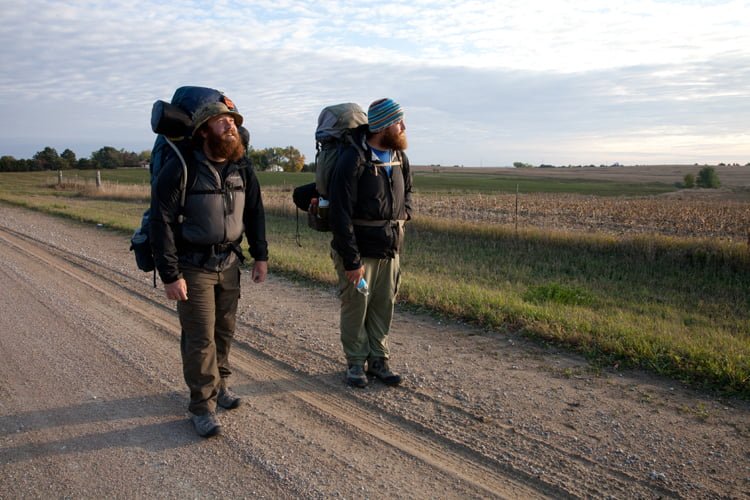 Filmmakers Michael Collins and Marty Syjuco take a look at the long lasting hold that survivor guilt, morality and PTSD can have over soldiers by way of the soul bearing stories of Tom Voss and Anthony Anderson. Former U.S. soldiers who are nine and five years respectively removed from tours of duty in Iraq, Voss and Anderson have returned home ill adjusted shells of the people they once were. They were proud soldiers who questioned the U.S. role in Iraq thanks to their ill defined missions, but it was the seemingly avoidable stresses and carnage that have stuck with them.

Collins and Syjuco pick up their story shortly after Voss decides that he wants to take a walk from his hometown of Milwaukee, Wisconsin to California in an effort to clear his head, a trip that Anderson eventually joins up with. Along the way, Voss and Anderson pay witness to the stories of other similarly affected individuals and families – some of whom aren’t with us anymore – and the weight of their survival grows heavier. They generate a lot of media attention and admiration for their cause, but Voss and Anderson still find something lacking in their cross-country experience despite the outpouring of support.

It spoils little to say that the trek wasn’t as cathartic as Voss hoped it would have been, but Collins and Syjuco frame his strong willed recovery process not as one large process with a beginning and end, but as a series of smaller, sometimes more painful journeys. Almost Sunrise is as empathetic and touching as any look at PTSD that I’ve ever seen, and anyone with a family member going through something similar owes it to themselves to see this film.

Individual tickets (except the opening night gala) are only $12 and festival passes for all events and films are $150. For more information and a full line-up of screenings and special events, check out the Reelworld website.