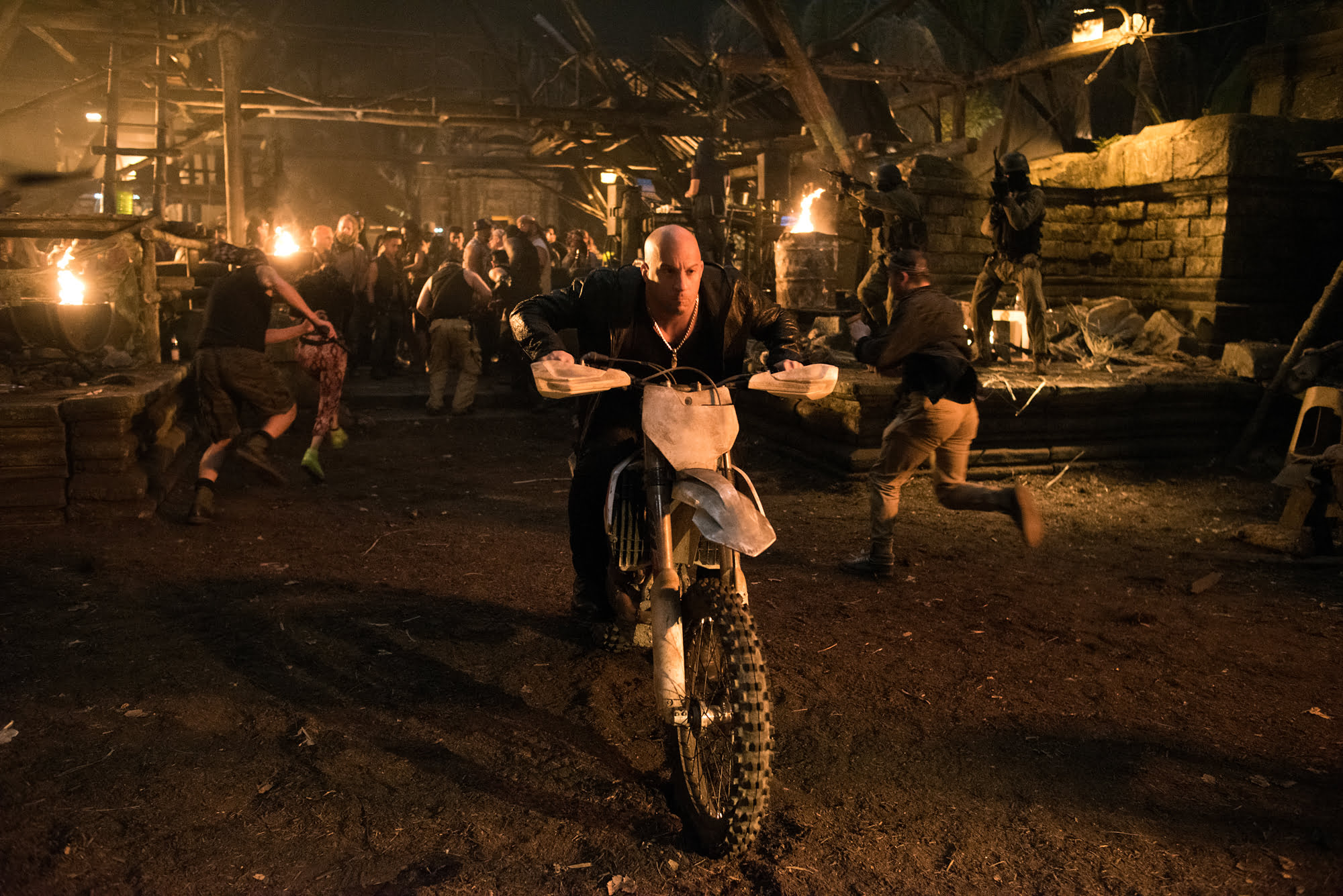 The 2002 action smash xXx hasn’t aged well. Made shortly after he found leading man success with the first Fast & the Furious movie, Vin Diesel stepped into the role of Xander Cage, a ludicrously named U.S. government secret agent that’s part of a covert team of operatives who love extreme sports, extreme risks, extreme women, extreme music, extreme extremities, extreme cars, extreme bros, and tattoos. At the time, it wasn’t good even its own lowly standards. Today, it looks like an embarrassing piece of pop culture ephemera from a time when the mainstream was finally starting to embrace The X-Games. It was successful enough to have a sequel, but much like how Diesel sat out the first Fast & Furious sequel, he would similarly back out of a follow-up. In somewhat acrimonious fashion, the studio that had the franchise at the time created a short that killed off the character before handing the reigns of the series off to Ice Cube for a follow-up. That film was a major dud with viewers and at the box office, but it’s a better film overall (or at least one that’s in touch with its own idiocy) and has aged a lot better.

And here we are at the start of 2017, and things have come full circle. Vin Diesel has become a bigger star than ever before now that he has returned to the Fast & Furious franchise, so it would stand to reason that people would see him return to the other role that established his macho bonafides. xXx: Return of Xander Cage isn’t a great film, but it’s one that has learned good lessons from past mistakes. More Mission: Impossible and less James Bond 2.0, this third entry in the series has boundless energy, some nifty moments of invention, and an international minded cast that oozes charisma by the truckload.

The plot? Well, that’s pretty terrible and almost not worth repeating. A bunch of people are vying for control of a MacGuffin known as Pandora’s Box, a government creation that could remotely take control of satellites in orbit and turn them into guided missiles. Why someone needed to make this tech in the first place is anyone’s guess, but people want it, especially after it has proven effective in taking out a key member of the xXx team. A national security head (played by the always delightful Toni Collette, sass cranked to eleven) tracks down the elusive Cage, who has been living in South America as a sort of Robin Hood character after faking his death. Cage reluctantly agrees to come back, assembling a team of fellow crazies to watch his back (Ruby Rose, Kris Wu, Rory McCann) to take on a rival group of spies (Donnie Yen, Deepika Padukone, Tony Jaa, Michael Bisping) who also seek the device.

While I care about the characters, the constantly obvious twists of this simplistic plot straight out of a Mad Magazine Spy vs. Spy vs. Spy comic grow tedious quickly. The script from F. Scott Frazier is so content playing up the differences between the two similarly minded, strong willed crews that it forgets to ever develop actual villains. I still can’t really tell you who the bad guys really are or why they bothered doing what they did, and honestly none of it matters. It’s never in doubt for a second that eventually everyone will find a common ground some way or another and come together to save the world. Deep, this ain’t, but at least xXx: Return of Xander Cage isn’t brain dead enough to take all of this stuff seriously. 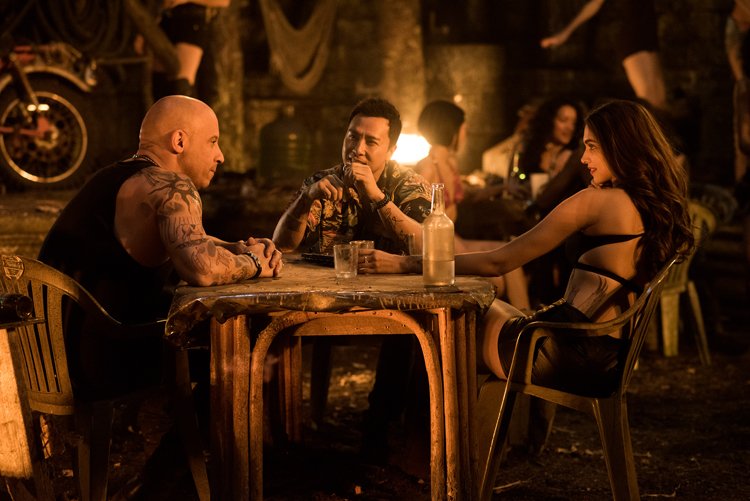 The marching orders from director D.J. Caruso (Disturbia, Eagle Eye) were probably just for everyone to go out there, have a good time, and look as good as possible doing it. What emerges is a good natured action flick where the heroes all look like they love what they’re doing. It’s not hard to catch glimpses of actors wearing genuine, unforced smiles on their faces in amazement of what they get to do when they come into work. The plot might be an overthought, underbaked letdown, but even if there isn’t an action sequence going on, Caruso is making sure that the talent has something worth doing in an effort to keep the audience constantly engaged and entertained.

There are a handful of references to Xander’s XXXtreme past, but thankfully they’re kept to a minimum, even in the action sequences. The film’s worst and most groan inducing sequence is a terribly rendered CGI motorcycle chase on water that’s both godawful to look at and is trying too hard, but thankfully every other scene works in its own modest ways. It’s kind of disappointing that the climax mostly consists of a giant shootout in a warehouse among most of the characters while Diesel and Yen try to stop another satellite from crashing, but the set pieces leading up to that are appropriately relentless. A bonkers foot chase and fight between Diesel and Yen amid a Detroit traffic jam is one of the most clever (and painful looking) on screen brawls in years.

If the action scenes are flagging, the cast is making up for it through sheer personality. Any one of these people could command the film on their own, even someone like Nina Dobrev, who gets stuck with the comedic relief role of a tech support worker who hates guns and insinuates that she likes kinky sex. Everyone gets more than their fair share of moments to shine, and any scene that incorporates Diesel, Yen, and Padukone at the same time is magical to watch. These are people aware of their star power and what the audience expects from them. These are smart performers who know they’re making something lighthearted and silly for teens and adults who want to check their brains at the door. It will also make the effortlessly charming and badass Yen a megastar in North America, a title that’s far overdue for the Chinese icon.