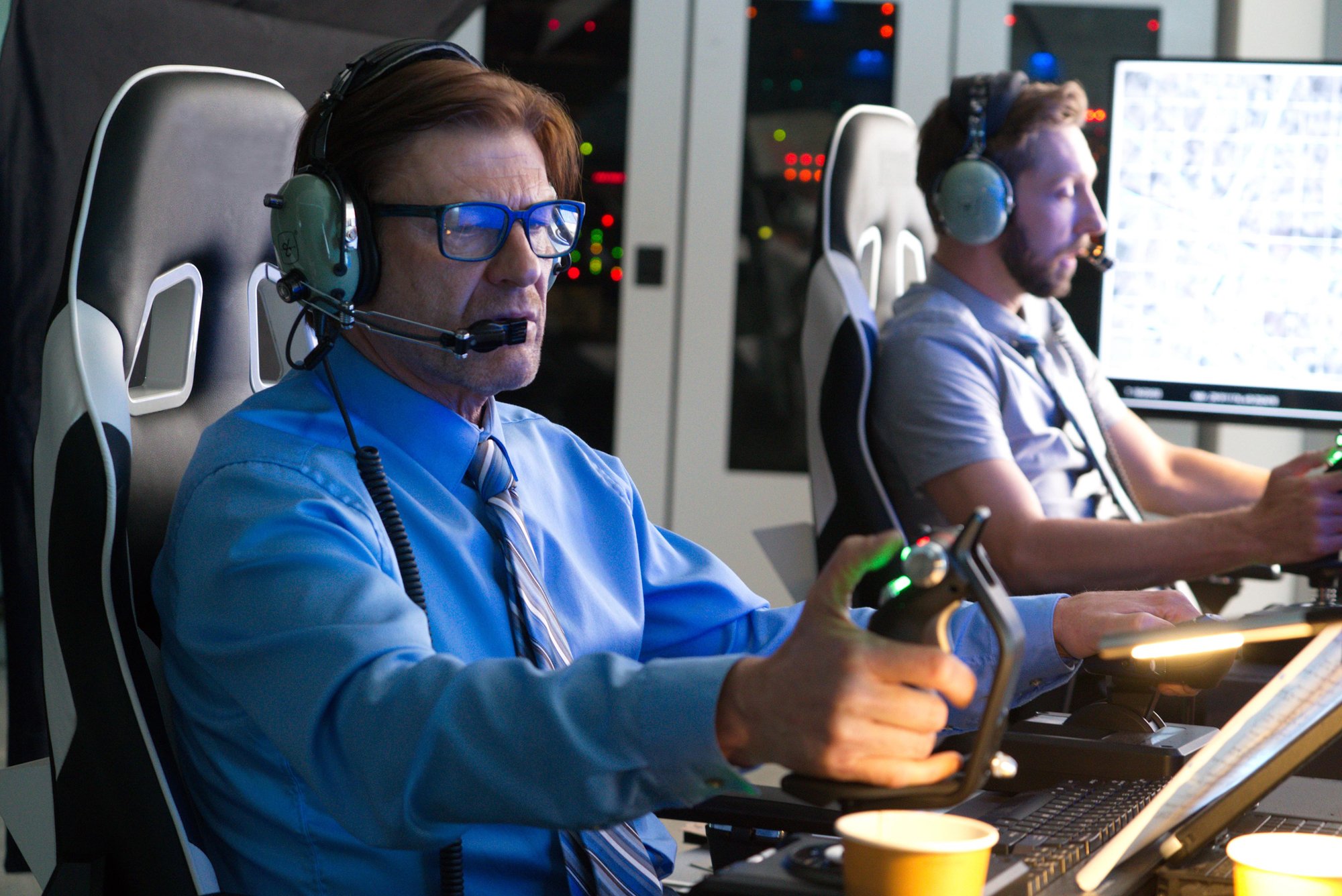 Filmmaker Jason Bourque’s Drone is named after the controversial, remotely piloted aircraft that the film’s main character operates, but it’s more appropriately the best word to describe the tone of this lifeless, inert thriller. More of an underdeveloped reflection on loss and internalized suffering than a trenchant indictment of the current state of modern warfare, Drone never figures out what to do with what little it has, making it one of the dullest films of the year thus far.

Neil Wistin (Sean Bean) works in upstate Washington at a top-secret facility carrying out drone strikes in Asia. He has recently lost his father, his wife (Mary McCormack) is stressed out, and his sullen teenage son (Maxwell Haynes) isn’t handling things well. As he prepares for his father’s funeral, he’s visited at home by Imir (Patrick Sabongui), a reserved Pakistani businessman who says he wants to buy a boat that Neil is trying to sell. The family invites Imir to dinner, and the man’s true reasons for being there reveal themselves.

That’s the plot of the Drone, but none of that plot starts to come in until almost a full hour into an 85 minute movie. The first two-thirds of Borques’ film have little to nothing to do with drone warfare, and it barely gets to the heart of what Neil and his family are going through. It doesn’t even get to the heart of what drives Imir, the more interesting character that should have been followed from the start, until way too late. 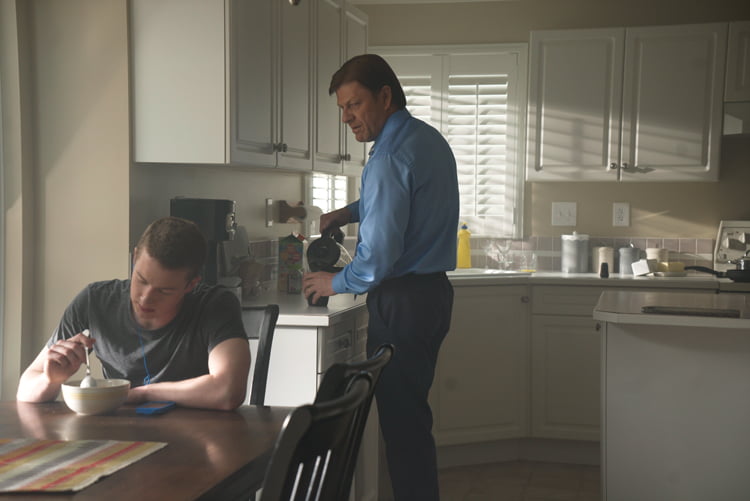 Drone is the kind of film where everyone says a banal, overwritten line of dialogue that no human being would ever say under any circumstance, and after each of these lines there’s a lengthy pause or a thoughtful sigh. I would venture to guess that a quarter of the film’s total running time is comprised of pauses and sighs. It’s all set in a world where everything looks like it has been artfully tinted blue or yellow to place visual emotion where dramatic emotion fears to tread. Every minute of Drone reeks of maximum effort being expended for minimal payoff.

Borques, who also co-wrote, leaves his film hovering for so long that he can only manage about twenty minutes of tension and topical discussion at the end of his film. The first hour of Drone plays as a misguided bit of slow cinema where Bean struggles to find the pathos (and American accent) of his character. When the film’s obvious, visible from high altitude twist finally does arrive, Drone becomes a different, sillier sort of thriller. The last twenty minutes are more satisfying, but It really just exists to explain what the audience probably figured out in the first ten minutes, and very unfortunately Haynes and McCormack are forced to overact surprised in the hammiest of ways. Bean and Sabongui do what they can, but nothing can save this.

It’s a long, boring walk devoid of any sort of human or ethical subtext that hasn’t been done better in more fully realized films about the nature or drones or family dramas about grieving. Drone is a mash-up of two overdone genres that could work well together with a bit more development, but in its execution it seems more suited for the community theatre stage than the big screen.

Drone opens on Friday, June 2, 2017 at Carlton Cinema in Toronto.

Check out the trailer for Drone: