Review: ‘This Time Tomorrow,’ a film by Lina Rodriguez 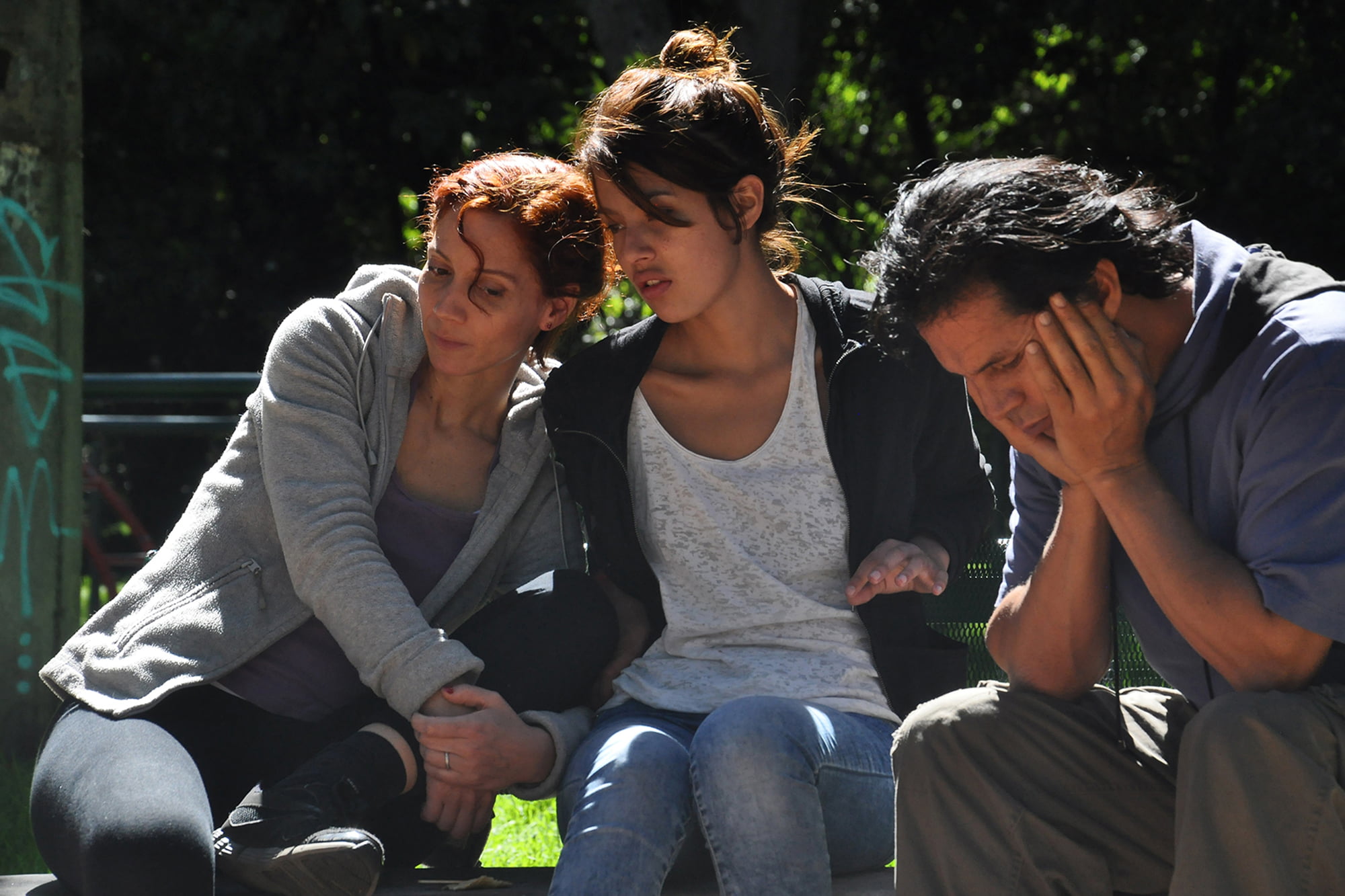 With her second feature, This Time Tomorrow, Colombian-Canadian filmmaker Lina Rodriguez has created a warm, sometimes sobering look at the nature and art of familial communication. Whether they’re talking endlessly about minutiae, expressing their souls, or communicating through the simplest of posturing and body language, Rodriguez’s characters interact with one another in instantly recognizable, realistic ways. Outside of a painterly visual sensibility that makes one want to study every shot for brush strokes and natural imperfections, Rodriguez could almost be called a documentarian. This Time Tomorrow is a dramatic work of fiction, but it’s the kind of story so simple and poignant that one can easily see it playing out somewhere else in the world while the viewer is watching it unfold on screen.

Rodriguez opens her film with a simple lengthy shot of Adelaida (Laura Osma), a Bogotá teenager, lying down beside her father, Francisco (Francisco Zaluda) while watching television. Eventually they are joined by Adelaida’s mother and Francisco’s wife, Lena (Mauria Shelton). Lena is the hardest working member of the family, holding down a job at a banquet hall. Adelaida is coming into her own as a woman, exploring her sexuality and pushing the boundaries of what her parents allow her to do. There’s friction between them, but nothing they can’t handle with a bit of time and conversation.

This Time Tomorrow focuses on real people with real problems, and in lesser hands the first half of Rodriguez’s film could seem innocuous or even quaint. The opening scene sets the tone to follow with some terse, but harmless bickering about taking out the garbage, and the scenes that follow tend to fall in line behind that. Someone will introduce something into a conversation, the tone or topic will shift, and so too will the mood of the room. Emotions will go from happy, to melancholic, to ponderous, and eventually end up where the roundelay started. Rodriguez’s intimate, Rohmer-ian fascination with how people live their lives in private suits the film well, especially during a sequence of scenes where Francisco and Lena attempt to ground a sassy Adelaida for staying out too late without telling them. Tensions flare and Adelaida calls her parents out for their perceived hypocrisy, but by the same time the following night, all is forgiven and the unit has strengthened once again. 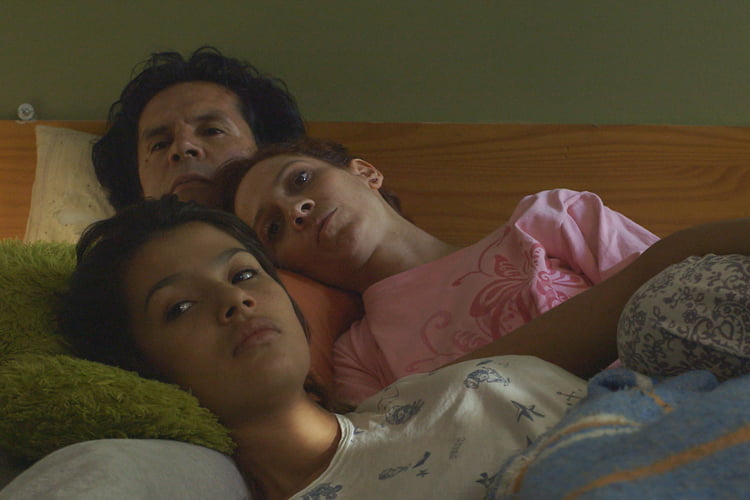 If all of this sounds esoteric, I assure you it’s not. The conversations contained within the framework of This Time Tomorrow rhyme with the rhythms of everyday life whether we initially realize it or not. Every teenager yearns for adulthood, but Rodriguez illustrates quite astutely that while conversations topics and sexual attitudes may change, the tenor of what’s being said and the underlying banality or interest of it all remains the same. Responsibilities differ between teens and adults almost as much as they differ between spouses and family members. Different sets of expectations tend to collide when certain people disagree. Proximity to other people breeds deeper emotions the closer one gets to someone else, and these emotions only deepen when family is involved.

It’s all in service of a grander purpose for Rodriguez; one that becomes apparent during a sudden pivot at the start of the film’s second half. This Time Tomorrow builds to a moment where the lines of communication will have to be rebuilt from scratch in the wake of unseen external forces. The weight of life weighs heavier on the characters, and it weighs on the viewer, too. The audience has spent time with these people and gotten a chance to know them through Rodriguez’s deft observational eye and tone. Many viewers will be able to impart their own experiences with family and maturation onto Rodriguez’s characters, but the point isn’t for the viewer to become these people. The point is for these characters to be heard and recognized for being honest, flawed, and normal people regardless of geographic location. This Time Tomorrow might take place in Bogotá and the circumstances of their lifestyles might be relatable, but the way they come together for Rodriguez’s film is wholly unique.

Check out the trailer for This Time Tomorrow: