Home for the Holidays: reviews of three new Netflix offerings 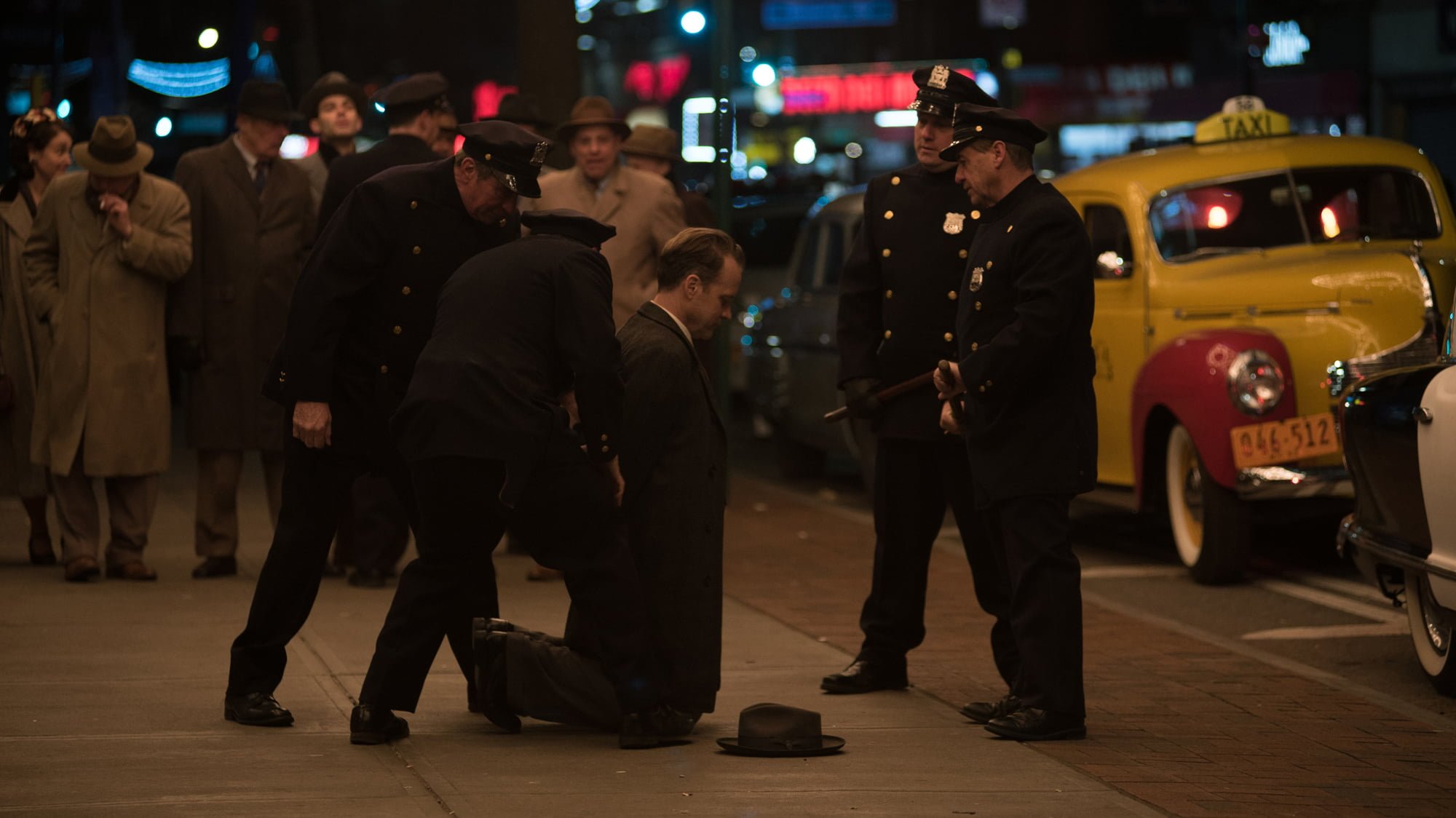 While some will head out into the winter chill to brave the lines and crowds at multiplexes everywhere, just as many will likely stay home with their loved ones and huddle around the television with some drinks and good cheer. For those people deciding to stay in, Netflix has a trio of high profile offerings rolling out around the holidays that we’re going to take a look at. 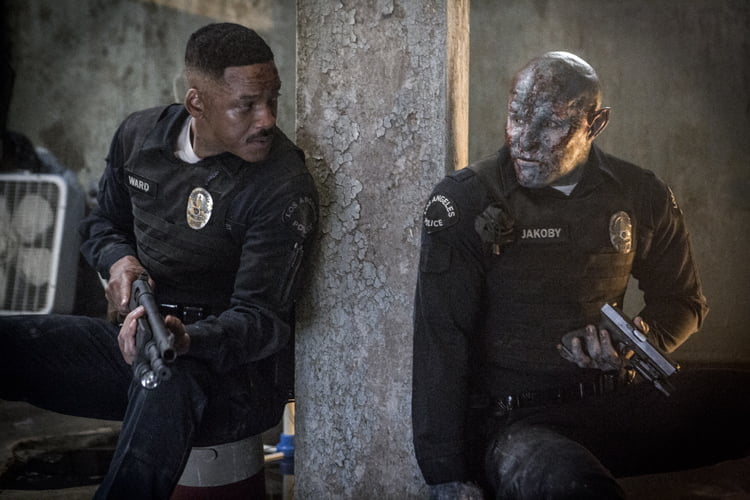 Let’s get the negative out of the way first. Netflix’s mega-budgeted buddy cop-slash-fantasy epic blockbuster from Suicide Squad and End of Watch director David Ayer is a complete and utter mess. One of the most expensive offerings the company has produced to date, Bright is a mish-mash of tones, themes, and genres that never gel into a coherent whole.

In an alternate reality vision of Los Angeles (that’s still inexplicably packed with pop culture references that somehow withstood the transition to a fantasy world), Will Smith stars as a jaded family man and police officer returning to the job after taking a slug to the chest while trying to stop a robber. He’s uneasy about returning to the job because his partner (Joel Edgerton, the best thing about the film) is an orc. In this alternate society, orcs are marginalized people often associated with a criminal element, while Elves are in a class above humans and basically run the world. Not long after getting back to work, these mismatched partners in law enforcement stumble upon a magic wand: a device that can literally make anything come to fruition or into existence. The mythical plot device is sought after by the greedy in all walks of life, but it can only be handled by a “bright,” in this case an elf (Lucy Fry) who has left a dark order that’s trying to resurrect some dark lord of some kind and now needs protection. After an attempt to do the right thing goes tails up, the cops find themselves targeted by other rogue humans, the “magic bureau” of the FBI, and evil elvish assassins (including a completely misused Noomi Rapace).

It’s exhausting just trying to summarize Bright, and its own needlessly convoluted story is part of the problem. Taking nearly an hour for any sort of plot to take hold while the world is shoddily built and Smith and Edgerton banter amongst each other, Bright gets off to a confounding and tedious start. The script from Max Landis (Chronicle, American Ultra) is basically nothing more than a word for word reimaging of Ayer’s previous films (especially End of Watch and Training Day) where half the cast is comprised of low rent cosplayers trucked in from a Lord of the Rings convention. Neither the cop movie elements nor the fantasy elements are original or novel, and either genre would work better on its own. It wouldn’t be as “ambitious,” but Bright also wouldn’t be a mess of a story.

Since the script doesn’t settle on a tone, Ayer blends the extremely gory ultraviolence that marked his earlier films with the bland superheroics of his more recent efforts. It’s too harsh, bloody, and mean spirited for all but the most maladjusted of teenage boys with death wish fantasies, and the fantasy elements are too goofy and ill handled to appeal to action movie buffs, grown adults, or children.

I have no idea what the audience is for a film like Bright, but I can’t imagine there’s much of one. It’s one of the most ungainly misfires of the year. 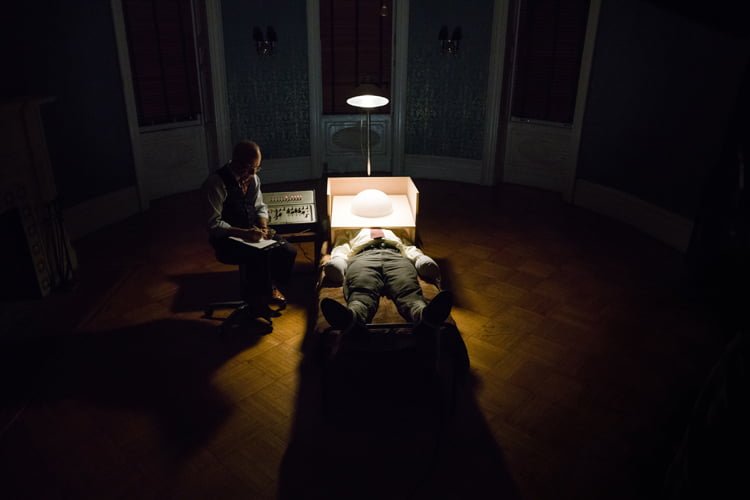 Documentarian Errol Morris first made an impact on the filmmaking world with The Thin Blue Line, a daring true crime thriller than blended dramatic recreation with dynamic interviews featuring the real life witnesses to a heinous murder. With Wormwood, one of Morris’ most ambitious and lengthy projects to date, the filmmaker returns to the same style that made him famous, only this time with more ground to cover.

The six part miniseries Wormood looks back on the curious and suspicious death of Frank Olson, a U.S. army scientist who mysteriously committed suicide by jumping out of a Manhattan hotel window in 1953. Or did he? Once Olson’s work is connected to a secret CIA operation involving the use of LSD as an interrogation aid, the answers start to look more and more like a murder or a tragic accident, depending on whose recollection of Frank’s final days are to be believed. After new information about Frank’s death comes to light in the mid-1970s, the dead doctor’s son, Eric, begins a multi-decade quest for answers.

Although several people involved with the real life case are interviewed (including one smug and cagey reporter who knows much more than he wants to tell to Morris), Eric is the primary interview subject, and his passion and anguish carry Wormwood a long way. With the time to flesh out Frank’s past, the void his death left in the family, and every contradictory fact the CIA has trotted out to obfuscate the truth, Morris creates a portrait of a family left broken that may never be put back together.

The interviews and hard facts of Wormwood are arguably more fascinating than the well acted, stylish recreations of Frank’s fateful final days. Peter Sargaard stars as Frank in Morris’ richly detailed, dialogue light recreations that are meant to elicit more of a vibe and a feeling than directly hypothesizing to the audience. It’s a delicate tactic that has served Morris well in the past, and although he has made many films recently without these dramatic asides, it feels like no time has passed at all between his groundbreaking masterwork and today.

I’m not sold on the idea that this needed to be six episodes and over four hours in total length, though. There’s a tendency towards the repetitive that becomes annoying at times, but the last two episodes are gangbusters and send the series out on a high note. Hopefully, Morris gets a crack at another story that he can tell on this grand of a scale in the near future.

Wormwood is now available to stream on Netflix. 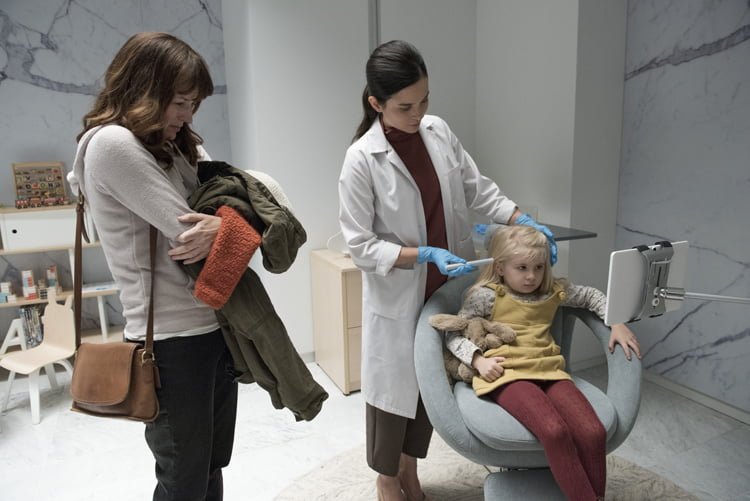 I’m more or less sworn to absolute secrecy as to what specifically happens during each episode in the latest season of Black Mirror creator Charlie Brooker’s technologically minded anthology series, and I’m totally fine with that. The show – which for those unfamiliar plays like a sci-fi updating on The Twilight Zone or Tales from the Crypt – works best when the viewer goes in more or less cold to every episode. What I can say is that after a so-so third season, this fourth go around finds chief story writer Brooker and company back on solid footing.

The season kicks off with Arkangel, a solid mother/daughter parable directed by Jodie Foster and featuring a wonderful leading performance from Rosemarie DeWitt (which also happened to be shot in Toronto). Filmmaker John Hillcoat (The Proposition, Lawless, Triple 9) takes the wheel for Crocodile, the third and most intricately plotted episode of the series centering on a successful businesswoman and mother (Andrea Riseborough) trying to keep a dark secret from her past under wraps at all costs. Hang the DJ, the fourth episode courtesy of television veteran Timothy Van Patten, looks at dating in the modern age (with a twist, obviously). Hard Candy and 30 Days of Night director David Slade helms the fifth episode, Metalhead, a stripped down black and white survival thriller. The season wraps up nicely and in satisfying fashion with an anthology episode directed by Colm McCarthy (The Girl with All the Gifts) titled Black Museum, which serves nicely as an old school throwback to anthology series’ gone by.

While Foster, McCarthy, and Hillcoat deliver stand out episodes that stand among the best Brooker ever penned and produced, it’s the second episode of the new season that will leave people talking. The episode in question, USS Callister, directed by Toby Haynes (best known for his work on Doctor Who and Jonathan Strange & Mr. Norrell) and boasting an exceptional lead performance from Jesse Plemons, is also the story that I sworn to the highest degree of secrecy about. There were actual instructions that stated before I viewed it to give nothing away, and after about five minutes of this feature length entry, I could see why that was. It’s not to be missed and it’s definitely one of the top three episodes of the series to date.

Go in as cold as possible and prepare to be shaken by at least four out of six of these tales. (Hang the DJ and Metalhead are decent, but the other four are something special.)