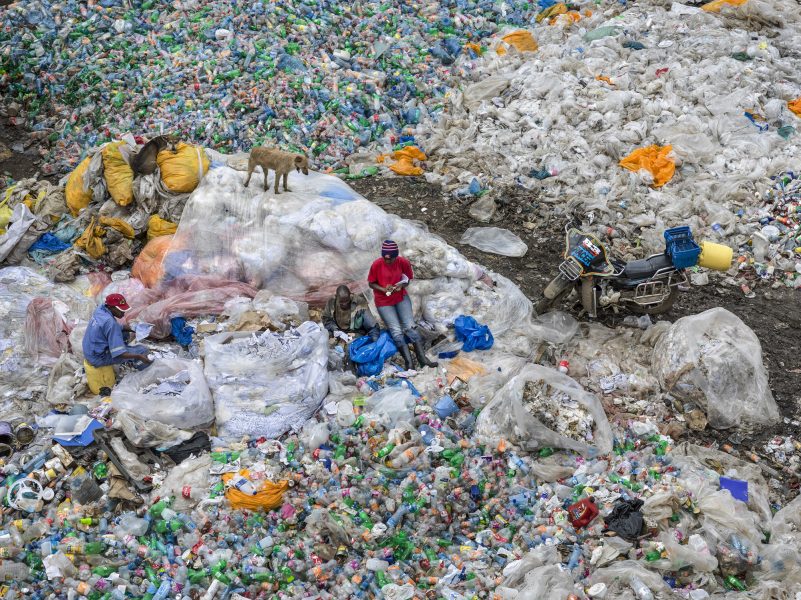 Canadian documentarians Jennifer Baichwal, Nicholas de Pencier, and Edward Burtynsky continue their examinations into the various ways mankind has irreparably damaged the environment with Anthropocne: The Human Epoch, a nod to a new and current scientific era where man has had more impact on their environment than the world’s natural state has had on human beings.

Much like Manufactured Landscapes and Watermark before it, Anthropocene: The Human Epoch (narrated by Alicia Vikander) finds the trio travelling the globe to look at environmentally suspect and unsustainable practices, and the impact such behaviours have on the natural and living world. It’s assuredly a continuation of the team’s previously established work featuring gorgeously filmed rot, decay, and a small handful of examples where select humans are trying to undo a lot of the longstanding and “commercially acceptable” wrongs being documented. As always, the images they capture are stunning and damning in equal measure.

While some of their examples here have been chronicled better and in more depth in other recent feature documentaries (the ivory trade, the sinking of Venice), Anthropocene: The Human Epoch displays renewed vigor and passion for conveying messages about our imminent ecological collapse. It’s on par with previous works from Baichwal, de Pencier, and Burtynsky in terms of technical acumen and pointed commentary, but their films only grow more cautionary and frightening the longer the world turns a blind eye towards all the ways that humans place convenience and consumerism above maintaining healthy natural balances.