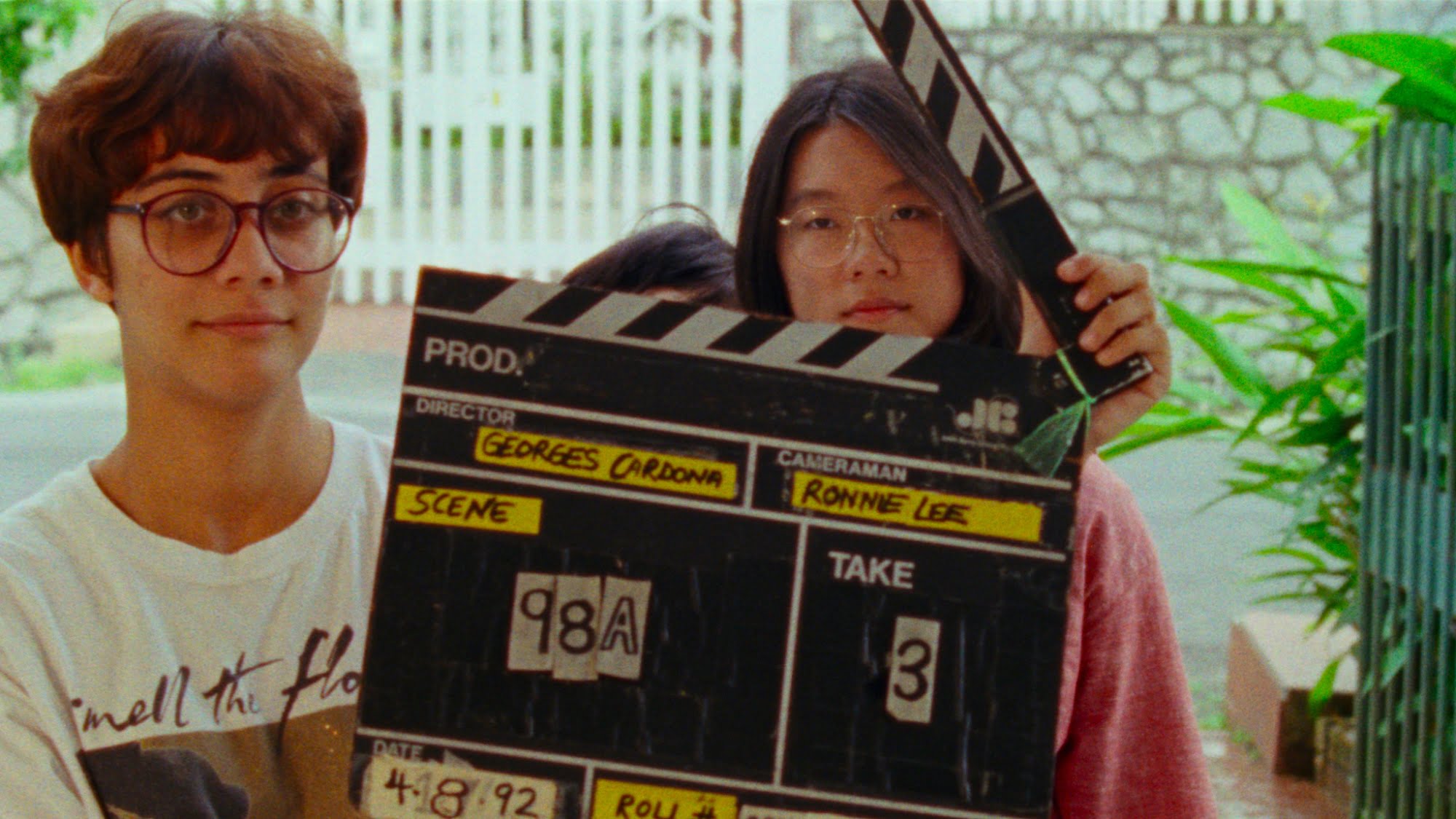 Cinematic history is littered with abandoned, cancelled, unfinished, indefinitely shelved, or lost projects that have obscured major talents with ambitious ideas and potentially game changing perspectives from mainstream acclaim and notoriety, but few such cases of produced, but unseen art are as complex, personal, and mysterious as the one outlined in Sandi Tan’s documentary Shirkers. Taking a look at an early project that novelist and film critic Tan and her closest friends put their hearts and souls into only to have it mysteriously vanish for 23 years, Shirkers is part personal essay, part collage, part mystery, part mea culpa, and wholly entertaining. It’s as energetic as a sometimes personally regretful trip down memory lane gets.

Tan grew up in Singapore, one of the world’s richest and most puritanical countries, making her love of American independent movies and music harder to consume. Watching imported VHS tapes of films by her favourite directors, listening to mixtapes, and writing for underground pop culture zines, Tan would stop at nothing to scratch her creative itches. In 1992, at the age of 18, Tan and her closest friend Jasmine Ng enrolled in what might’ve been the first offered filmmaking course in her community. Their instructor was the enigmatic and artfully minded Georges Cardona, a Colombian-American who presented himself as a filmmaker. Immediately taken by Georges, Sandi begins spending more and more time with the married instructor, even going on a California road trip with him. Upon returning to Singapore, Sandi put all of her feelings and experiences into a fictional screenplay titled Shirkers. She showed her work to Georges, who loved it and demanded to direct.

Writer and unlikely star Sandi, editor Jasmine, and fellow classmate and executive producer Sophie Harvey were poised to make cinematic history with their heavily buzzed about tale of a sixteen year old serial murderer in search of four people that she liked enough to kill. Before the shoot even started, Sophie suspected something was off about their director and mentor, and during the shoot, Jasmine and many of the crew members began to feel something similar, while Sandi remained somewhat oblivious, as she focused so intently on getting the film made that nothing else registered. Once the tumultuous shoot wrapped, Cardona returned to the U.S. and never finished or returned the footage for Shirkers to the young women who expended so much time and effort in actually getting it made in the first place. The film was essentially lost and remained an open wound for Tan until a 2011 email from Georges ex-wife/widow said that the footage in New Orleans.

Tan draws heavily on her punk rock roots when revisiting Shirkers, starting her documentary look back on a film that never was by painting a picture of just how much her project meant to her and Jasmine on a personal level. Talking to those who helped create a vibrant underground film and music scene in a wealthy country that was far less permissive in the early nineties than it is today, Shirkers takes viewers deep into the cultural figures, moments, and filmmakers that helped to define her artistic sensibilities. The early, briskly edited and eye catching moments of Shirkers not only outline the backgrounds of the friends who tried to make a film directly from their hearts and souls, but the culture that helped to form them. With that understanding in place, the stakes associated with the potential success of Shirkers becomes a lot higher. That quickly assembled pace keeps up throughout Shirkers, with Tan deftly cycling through multiple forms of media, both static and still, to create an artful and enthralling patchwork. 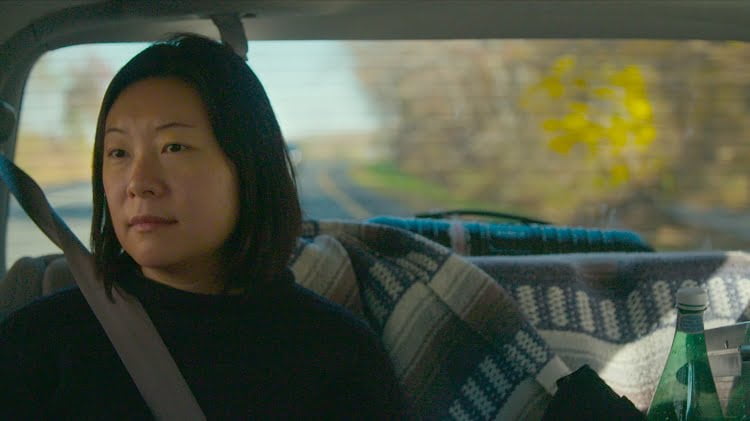 Things do bog down in the middle section of Shirkers, however. Tan has been so dutiful about recreating the feeling of early 90s Singapore that that the shadier aspects of Cardona’s personality don’t come across as potently at first, and neither do her own culpability in allowing this man to run roughshod over her ideas. Tan is rather upfront that following the collapse of Shirkers she didn’t want to talk about the incomplete and missing film for about a decade afterward in interviews or in her own printed words. While the documentary version of Shirkers feels somewhat cathartic, there’s still a sense that Tan has been too blindsided by some of her own revelations along the way to be fully open and honest about what happened.

She’s always overly coy and cautious about her relationship to Cardona and whether or not it bordered on inappropriate grooming by a powerful man at worst or something that ruined her artistic objectivity at best. At one point, Jasmine straight up calls Tan out in one of their interviews, going as far as saying that Sandi has “always been an asshole.” It’s both serious and done from a place of love. While Tan admits that the friendship between the trio fractured somewhat while making Shirkers, her documentary feels like someone who’s coming out of one state of shock only to walk directly into another life changing moment. In some ways, this makes Sandi’s eventual quest for answers more intriguing and traumatic from an objective and psychological perspective, but somewhat more hollow when trying to make a personal connection to this artist’s curious and specific plight. It’s never certain if Tan’s being honest with herself or not, or if by this point she’s even capable of it.

With all personal feelings towards the project out in the open and the history of its long gestation laid out for the viewer, Tan begins the mystery portion of the film and asking the questions most viewers had from the second they locked their eyes onto Georges icy, blue eyed stare. It’s clear from the outset why Tan would hesitate when it came to answering questions about Cardona’s almost indecipherable behaviour. First, since Cardona passed away at the age of sixty, it’s hard to have a conversation with a ghost, especially one that belonged to someone who was openly deceitful up until his death. Secondly, Shirkers isn’t about the mystery and mystique of Georges Cardona and the secrets he kept. It was always about Tan, her friends, and their vision over everything else. That’s what they wanted their feature film to be back in 1992, and that’s what the documentary in 2018 is going to be instead.

Given the bizarre circumstances and unanswerable questions that still dog the collapse of Shirkers, Tan’s digging into Cardona’s secret double and triple lives doesn’t disappoint. Once she starts talking to some of Georges’ estranged American friends about his sometimes aggrandizing behaviour, some things become a lot clearer in hindsight, while just as many new and vexing questions are raised. Tan admirably tries to answer whatever she can, and accepts that some things will remain unknown. At any rate, the journey to the end of the real life road of Shirkers is just as fascinating as the one that would’ve made it to screens around the world if Tan’s original vision had been realized. Shirkers is both a jaw dropping and detailed look back at one of world cinema’s most convoluted footnotes, but also a lesson in never giving up on an artistic vision. If a project wasn’t meant to be, it wasn’t meant to be. If a project suddenly goes to hell, disappears, and then suddenly comes back around, you can always make something like Shirkers out of it.

Shirkers is available to stream on Netflix starting on Friday, October 26, 2018.

Check out the trailer for Shirkers: