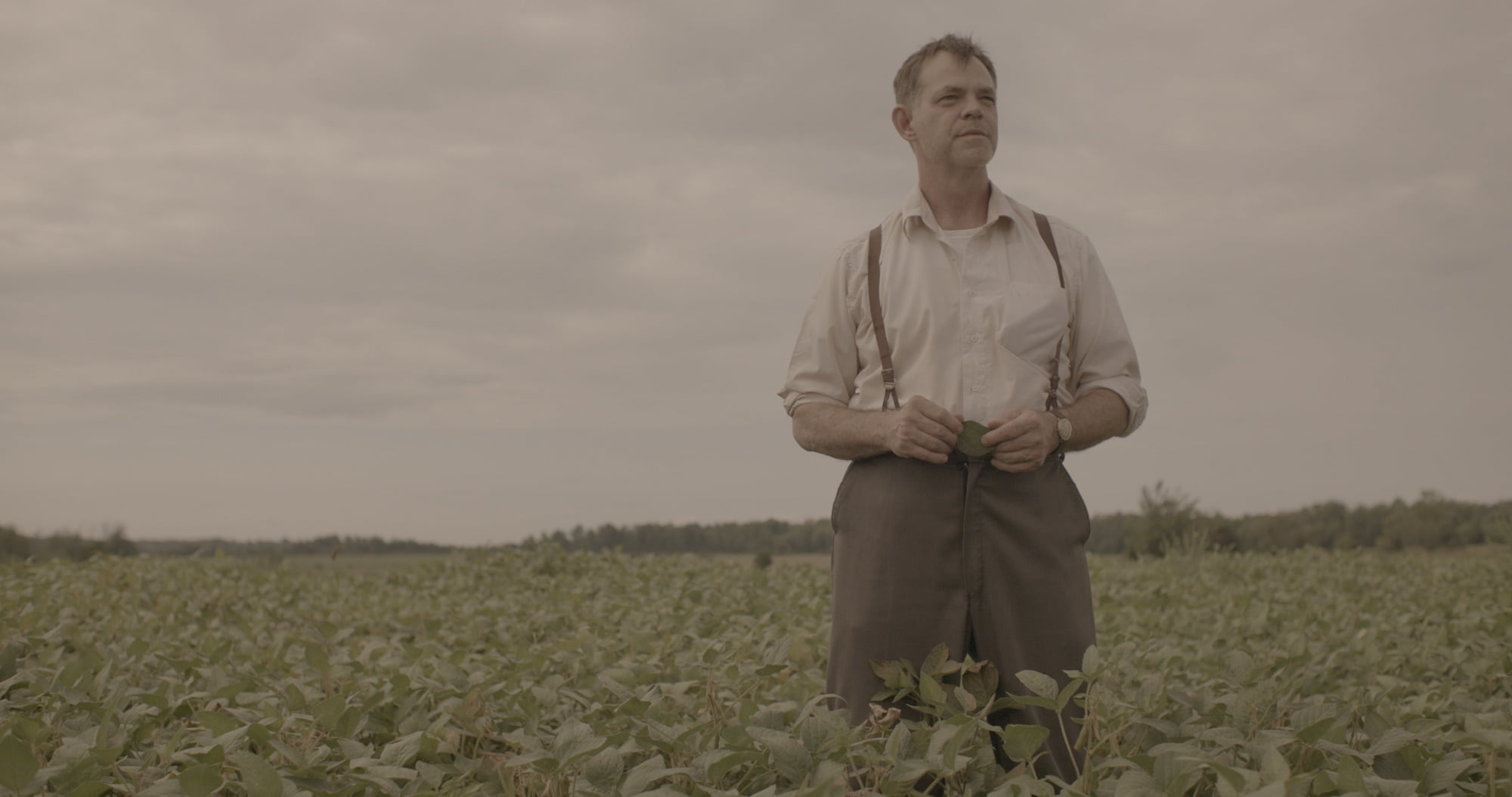 A well intentioned but ultimately unsuccessful cinematic adaptation of an award winning Canadian stage play, The Drawer Boy never comes to vibrant life or escapes the limitations of its theatrical roots. Adapted for the screen by Arturo Pérez Torres and co-director Aviva Armour-Ostroff from Michael Healey’s 1999 play of the same name, The Drawer Boy struggles in its efforts to enhance, reimagine, or invigorate its source material with the jump from stage to screen. The material remains strong, but even by the low budget standards of independent Canadian cinema, this staging of Healey’s work is frustratingly inert and uninspired.

The Drawer Boy takes place in the early 1970s in Ontario’s Huron County. A group of actors have headed out to the country in an effort to research rural life for a play about farmers. They split up once they reach the county, and Miles (Jakob Ehrman) approaches Morgan (Richard Clarkin), a cantankerous old farmhand, and asks if he can stay with him and observe his day-to-day duties in the fields. Morgan is hesitant to assist because he’s looking after the wellbeing of his best friend, Angus (Stuart Hughes). The pair have lived together on the farm since the end of World War II, when a bombing raid left Angus without any short term memory. The longer Miles sticks around, the more the young man presses Angus to remember things about his past. While it might be somewhat positive that Miles is helping Angus to retain his thoughts for longer than a few moments at a time, Morgan remains fearful of hidden truths that could ruin their friendship if they were uncovered.

Torres (who shares a writing credit with Healey on the adaptation) and Ostroff get The Drawer Boy off to a horrendous start, and it takes a considerable amount of time to acclimate to the film’s simultaneously cheap and over-thought aesthetic. It opens with a bunch of montages that don’t set up much of anything at all other than the fact that The Drawer Boy will be shot in an unnecessary, shaky handheld camera style throughout; a choice that – alongside the further and obvious intrusion of putting everything in sepia tones – makes all of the natural locations and production designs look ugly and fake. It’s probably a budgetary and time management move to shoot and colour The Drawer Boy in such a way, but it’s emphatically a terrible choice, one that the already strong material and decent performances can’t hope to overcome.

Torres (who has an extensive arts and documentary background) and Ostroff (who perhaps unsurprisingly has a stage background) handle all the action in The Drawer Boy as if it were still a play. The blocking and movement is still exactly like a play, with the exception of the fact that the camera can turn a corner to focus on something that would’ve been across the stage. The lighting cues – especially ones where Angus’ memories of yesteryear are triggered – are exactly the same as one would find in a stage production to the point where you can almost hear the opening and closing of dowsers. The acting is overly expressive to a point where one thinks that everyone’s still trying to reach the back of the theatre instead of communicating more intimate emotions. Every portion of The Drawer Boy has clearly designed act breaks intact, with the film cutting to black whenever a scene change is necessary. These things work well on stage, but they’re death on film, and they suck the viewer out of the cinematic experience at every turn. 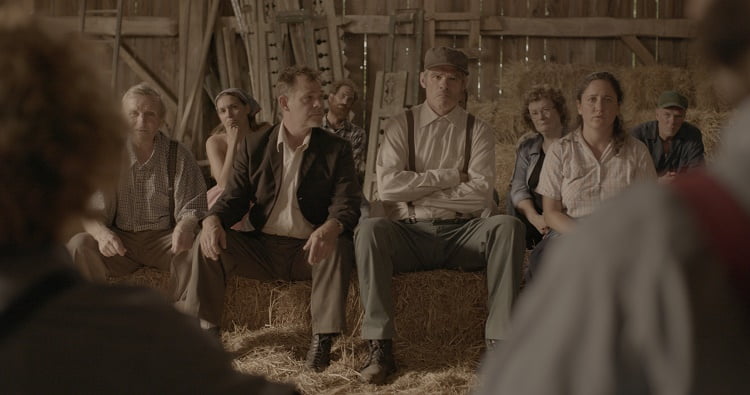 Some of these choices are likely by design. A large part of Healey’s play rightfully and righteously attacks theatre intellectuals, instructors, and critics who prefer cliche, tradition, and specified forms of experimentation over genuine human stories and emotions. That still comes through nicely in this adaptation, but there have to be better ways of making it look and feel cinematic than this. The Drawer Boy feels, in some ways, reminiscent of Robert Altman’s filmed play Come Back to the Five and Dime, Jimmy Dean, Jimmy Dean or one of those National Theatre experiences that pop up in cinemas on a weekly or monthly basis, but it clearly doesn’t have to be like that. The filmmakers have obviously found an ideal location to set a cinematic adaptation of The Drawer Boy, but what makes its way to the screen suggests that they couldn’t quite figure out what to do with it or that they had to rush to get it all done.

Once it’s clear that the film has been made by stage veterans who aren’t stretching themselves too hard to make a movie, The Drawer Boy settles into a nice enough groove thanks to the efforts of the three leads. Ehman fleshes out the arc of Miles nicely, starting off as an unwittingly condescending, Communist leaning, Rochedale College burnout who becomes a better person through the simple art of listening, processing, and experiencing the situations around him. Clarkin provides a baseline of consistency as Morgan, which is how the character should function. Hughes fares the best by far as they sympathetic Angus, and the film roars to life down the stretch as the character’s memory starts coming back in bits and fragments.

That spark of life is unfortunately a bit too little, too late to ultimately reverse the unenthusiastic course of The Drawer Boy. If these actors had been on a stage and someone pointed a camera at their performances, there wouldn’t be nearly as many problems. It wouldn’t be cinematic, but it would feel honest. As it stands, The Drawer Boy looks and moves like a play that’s unconvincingly pretending to be something it’s not.

The Drawer Boy opens at Carlton Cinemas in Toronto on Friday, November 23, 2018 and at Globe Cinemas in Calgary on November 30.

Check out the trailer for The Drawer Boy: