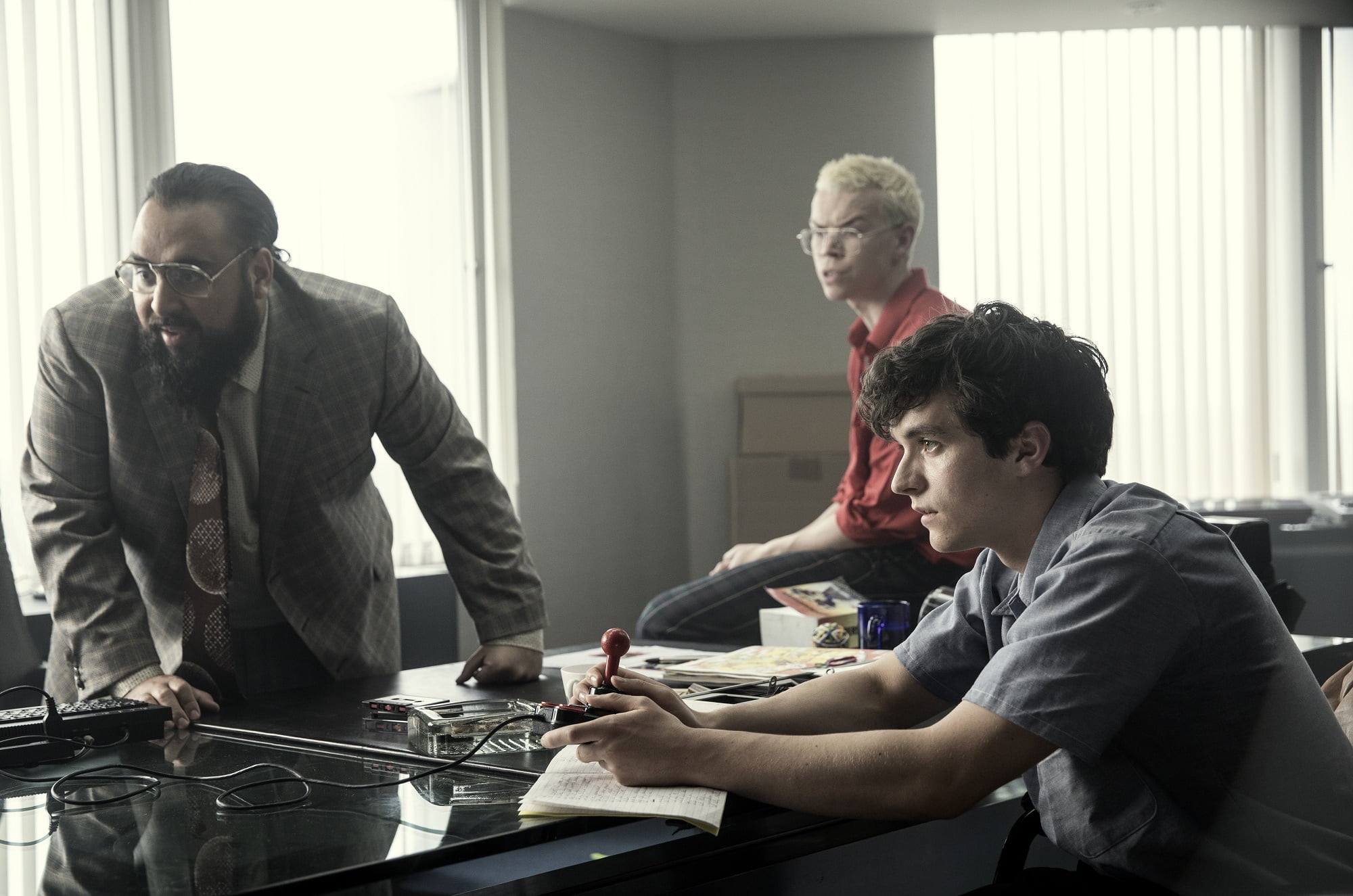 I suppose it’s impossible to grade an intricately designed choose-your-own-adventure story on any sort of objective level. The outcomes and branches – much like those beloved, pulpy paperbacks from the youthful days of many older readers – will be entirely determined by the whims of the user and the ingenuity of the creators. With every passing crack at the material – be it a mere once over or several hours spent trying to determine all possible outcomes – the overall experience and level of satisfaction will vary depending on the patience and playfulness of the people both at and behind the controls. With all that in mind – and after having logged several hours examining various different 90 minute or so scenarios – it’s heartening to say that Black Mirror: Bandersnatch, the latest and most ambitious experiment in Charlie Brooker’s techno-skeptical anthology series, is engaging, thrilling, and emotionally defined enough to warrant losing the better part of a day trying to figure out its intricacies. It’s certainly slippery, sometimes frustrating, but uniquely rewarding; even if Brooker wants viewers to look deeper inside themselves to reflect on what makes the experience so fruitful or annoying in the first place.

As with most choose-your-own-adventure yarns, there’s only so far one can go to explain the plot of the overall game afoot. The simplest explanation would be to say that Bandersnatch takes place (predominantly) in 1984 and revolves around budding video game designer, Stefan Butler (Fionn Whitehead), who’s attempting to adapt a massive choose-your-own-adventure novel that was written by a legendary author (Jeff Minter) who went legendarily mad. After making seemingly inconsequential choices about what the main character might have for breakfast or what he’s listening to on his walkman en route to an important meeting, the story could go in a number of different directions depending on interactions with a variety of side characters, most frequently and consistently Stefan’s father (Peter Butler), an eccentric video game programmer (Will Poulter), and a therapist (Alice Lowe).

At various points during Bandersnatch, viewers will be asked to click on one of two (or more) choices to dictate the direction of Stefan’s actions. Viewers will only really be able to control the actions of the main character. In typical Brooker fashion, if one makes too many safe and empathetic decisions or creates too many outlandish and harsh twists, the outcome will likely be unsatisfactory, at which point a smarmy, know-it-all television video game critic will be trotted out to tell the viewer they did a bad job, and there will be another chance for redemption if the ultimate outcome wasn’t one of the primary endings Brooker had in mind. In some cases, the decisions won’t matter, and the will of a different character will supercede the viewer’s choices. It’s a more than effective visual representation of how the childish page-turners of the writer’s youth operated on an emotionally manipulative level, but with a healthy dose of Brooker’s all but trademarked brand of black humour and cynicism, which can almost be dialed up or down by the choices made by the viewer. It can be as heavy or light on the techno-conspiratorial leanings of Brooker’s previous works as the viewer wants (only they might not necessarily know how to get there through the choices they make). 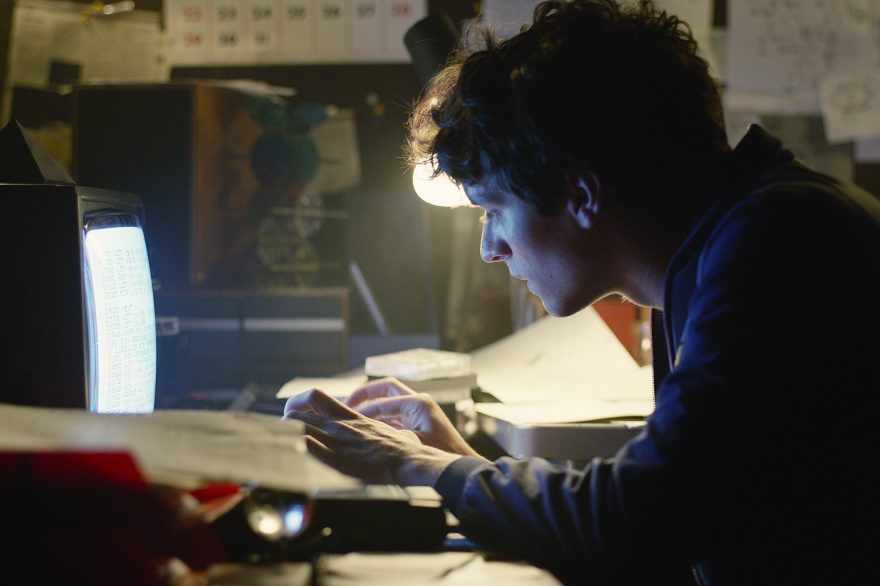 Bandersnatch is unquestionably the most dexterous and entertianing thing Brooker has come up with (which isn’t small praise), but it’s just as big a feat of direction and performance. Helmed by genre veteran David Slade (Hard Candy, 30 Days of Night, and making numerous references here to his previous Black Mirror episode from last season, Metalhead), Bandersnatch is a miraculous organizational feat. While the viewer has to follow along with Brooker’s narrative string pulling, it’s Slade and masterful editor Tony Kearns who have to find ways to make all of it feel consistent, believable, and playful. It’s no small task, and Slade has more or less been asked to direct ten or twelve different movies from start to finish and somehow find ways that they can link up and provide clues towards a greater solution. Not only does Bandersnatch emerge as a high point in Brooker’s career as a writer, but it’s also handily the best thing Slade has done as a director, which is even more noteworthy when one considers that this story is visually far more colourful and vibrant than anything else in his filmography.

As for the performances, they’re also marvellous feats of organization, anchored by some tremendous work from Whitehead. Stefan can’t unravel too early and even his moments of increasing madness, frustration, and trauma have to come about in measured, incremental bursts instead of suddenly snapping to the viewer’s whims. Much like how Slade has to direct the many different narratives that Brooker has written, Whitehead has the equally demanding task of playing the same character several times over and with varying degrees of empathy and insanity. The other actors do fine jobs playing off Whitehead’s cues, especially Poulter and Lowe, but it’s up to Bandersnatch’s literal audience surrogate to keep viewers as emotionally invested as they are curious. The viewer dictates the story (well, as much as they can given the parameter’s of Brooker’s cheeky “free will” experiment), but without Slade and Whitehead’s commitment to the gimmick, Bandersnatch would fall apart.

Brooker’s particular brand of signposting, obsidian satire isn’t to everyone’s taste, but those who’ve been able to find merit in previous Black Mirror episodes will find the grand experiment of Bandersnatch to be more than worthwhile. There might be a few too many on-the-nose nods to previous films, literary works, and philosophers that Brooker is trying to cram into his amorphous package, but for the first time in the writer-auteur’s career they enhance the playfulness instead of distracting from it. Such pop culture and scholarly references are designed to not only provoke nostalgia and reflection, but to sucker the viewer into making further like minded decisions. Bandersnatch wants people to break from their comfort zones, even when individual viewers will knowingly follow the path that speaks closest to their own experiences. It’s hard to explain, and some outcomes are more thoughtfully designed than others, but Bandersnatch is definitely an experience worth playing around with, and easily the only time in movie history that an interactive storyline on this level hasn’t turned out to be a steaming pile of garbage. It rewards multiple viewings, and it’s certainly entertaining enough to dive back into several times or more. Someday, Netflix will publish some of the analytical data they’ve farmed from Bandersnatch, and I’m sure it will be one heck of a read.

Check out the trailer for Black Mirror: Bandersnatch: