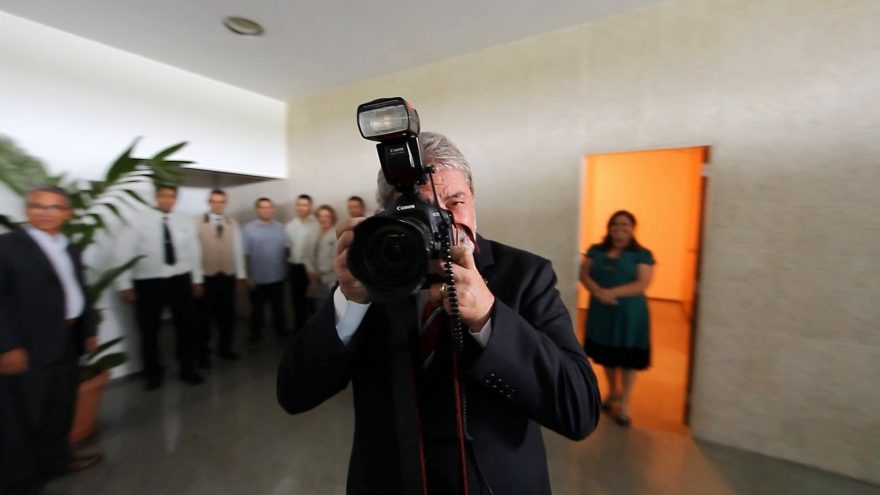 The Edge of Democracy

Densely packed with the intricate details surrounding Brazil’s current political nightmare (and, by natural extension and comparison, similar governmental scandals playing out around the world), The Edge of Democracy is a lot to take in during a single sitting, but also one of the most vital, cautionary, and heart-wrenching documentaries of the year. It’s also one of the year’s least inspiring films, but that’s part of the point. The Edge of Democracy is a fascinating look at how far right attitudes are emboldened along a timeline of an information war. It takes a long time for director Petra Costa (Elena) to set the complicated Brazillian political stage, but stick with it and you’ll be shaken to your very core.

Costa embedded herself for a considerable amount of time alongside former and once beloved Brazilian President Lula da Silva and his handpicked 2010 successor, Dilma Rousseff, the country’s first female leader. The country’s democracy was still in its infancy when da Silva, a former labour activist and freedom fighter, was elected in 2002. The country was still finding its footing after the dissolution of its military led dictatorship in 1985. Under da Silva and Rousseff, economic prosperity was at an all time high and unemployment reached record lows. Brazil became the eighth largest economy in the world, and da Silva’s approval rating once reached an unheard of 80%. But the compromises and alliances that da Silva and Rousseff made with their conservative counterparts to ensure their elections led to a souring of relations in 2013, when a right wing investigation – dubbed Operation Car Wash – linked da Silva and Rousseff (via accounting errors, the importance of which were greatly exaggerated) to charges of using preferred contractors in the construction and maintenance of the country’s newfound and highly profitable oil wells. Things spiralled out of control in a hurry from there, with the emboldened Brazilian right seizing control of the country’s highest office, shaming Rousseff in the public eye and attempting to arrest da Silva.

Those unfamiliar with Brazil’s unique and faulty political structure might find the early going of The Edge of Democracy more than a little bit overwhelming. But once Costa skillfully guides viewers through the intricacies and necessary details, The Edge of Democracy becomes fascinating and frightful. Like most governmental scandals built on bureaucracy, red tape, and backroom dealings, the problems at the heart of Costa’s film requires a lot of background information to make sense to anyone who hasn’t followed every interview, hearing, or news story from the start. Costa, who shoots in an appropriately chaotic fly-on-the-wall style with a few formal interviews sprinkled throughout for necessary context, knows that there’s a lot of work to be done if outsiders are to understand the tenuous state of democracy in Brazil, and she delivers all the details without worrying if they’ll overwhelm the viewer. That confidence in one’s work is much appreciated, and necessary to highlight the parallels that Costa ultimately wants to make between her native country and the shaky state of democracy in countries where the populace at large might chalk such scandals up to being just another day in the world of politics.

While Brazil might have a different set of democratic rules, the scandal and media spin employed to push Rousseff and da Silva out of power plays out similarly in countries around the world today. The accounting errors that prosecutors and investigators make such a huge deal out of boast many parallels to the Hilary Clinton email controversy. It’s hard to watch the film in Canada today and not think about links to the current SNC-Lavalin affair, which similarly revolves around the use of preferred contractors. It’s generally established that favouritism has existed within political parties for centuries now, but The Edge of Democracy shows how using corporations and contractors not approved or vetted by the opposition can turn a single spark into a rampaging forest fire, simply through the art of people shouting loudly and incessantly enough. It’s all an elaborate, tenuously supported political smokeshow, but people bought into it, and then – in a parallel similar to that of the Brexit debacle – many who supported the initiative for a new government immediately regretted their decision when they realized the evidence they thought was there never existed in the first place; pushed through thanks to a ludicrous loophole in Brazilian law that allows prosecutors to essentially be their own judges.

Costa has spent an enviable amount of time making sure that The Edge of Democracy is as comprehensive as possible, without waiting until it’s potentially too late to distribute it. She has taken years worth of footage and intimate access to her astoundingly forthcoming subjects and turned The End of Democracy into a well edited and condensed cautionary tale for our trying political times that resonated far beyond the borders of South America. Brazil has created a mess for itself that could set the country back decades, but they aren’t alone in having to crawl out of the political and economic mire and towards stability following clashes between rival interests. It’s a masterful and refreshingly unembellished look at how a political disagreement can turn into a full blown panic with almost a snap of a politician’s fingers. It’s terrifying, but also undeniably important in this age of media spin and manipulation to behold.

The Edge of Democracy is available to stream on Netflix starting on Wednesday, June 19, 2019.

Check out the trailer for The Edge of Democracy:

Portions of this review originally appeared as part of our coverage of the 2019 Hot Docs Canadian International Documentary Festival. It has been extended for the film’s proper release.