Review: Fiddler: A Miracle of Miracles 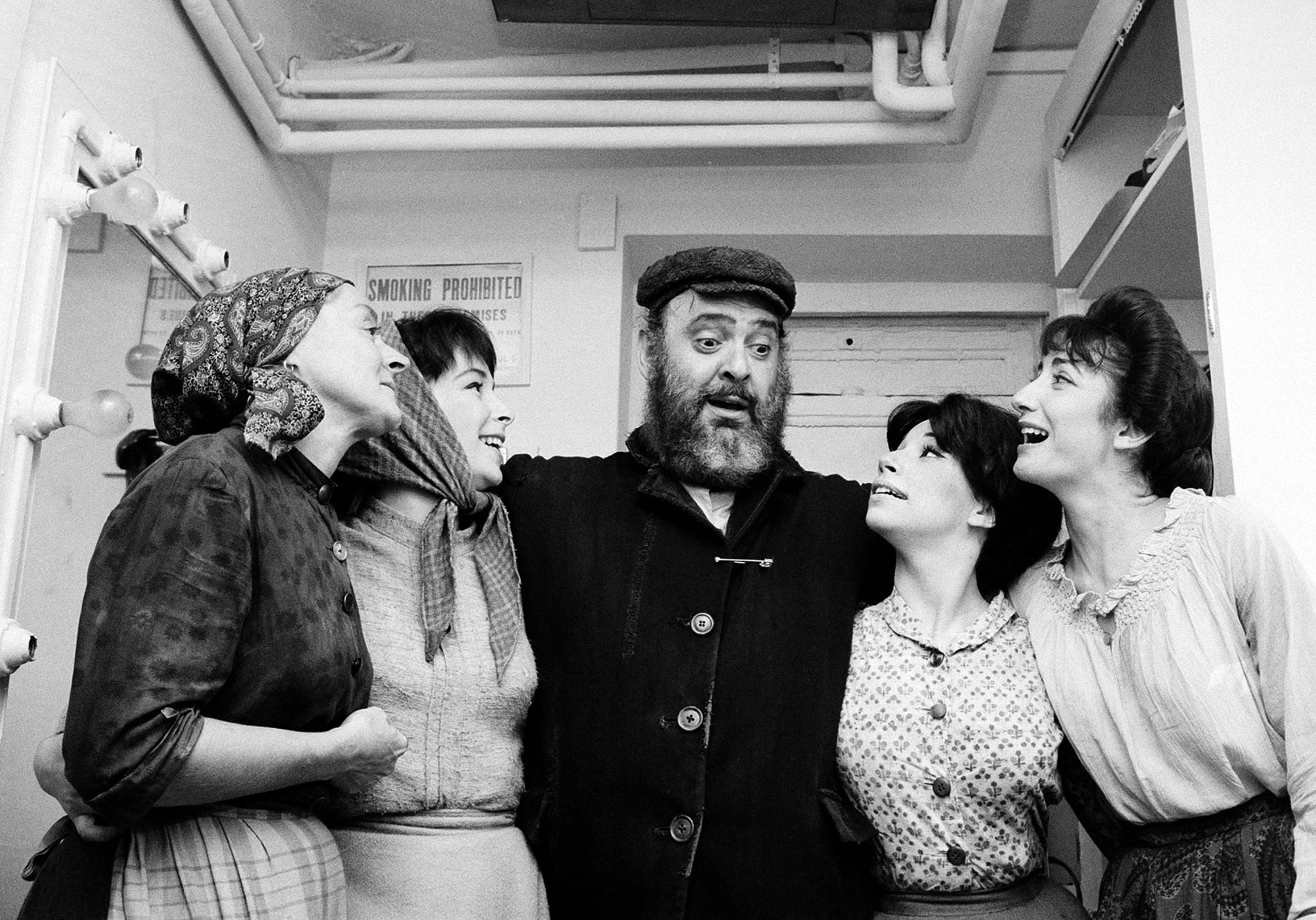 Documentarian Max Lewkowicz’s Fiddler: A Miracle of Miracles is a likeable and well researched examination of one of Broadway’s most successful musicals and pop culture’s biggest phenomenons. A deep dive into the history of the hit show Fiddler on the Roof, the stories it draws from, and the musical’s ability to cross cultural and language barriers, despite its resolutely Jewish origin and perspective, Lewkowicz’s documentary is a nifty and engaging single volume that leaves few stones unturned, even if those building blocks are arranged in sometimes awkward ways.

Inspired by the writings of Ukranian-Jewish author Sholem Aleichem, lyricist Sheldon Harnick, composer Jerry Bock, librettist Joseph Stein, and producer Harold Prince brought Fiddler on the Roof to the stage in 1964, and while it was by no means an instant success (with the pre-Broadway run in Detroit garnering terrible advance reviews), the show went on to become one of the most successful musicals of all time. It was certainly a gamble, considering that it was richly steeped in cultural attitudes that seemed antiquated by the 1960s, and it depicted a time that most Jews weren’t particularly nostalgic to relive. Who would want to see a show about a devoutly religious man questioning his relationship to God and family set on a shtetl? The answer, as it turned out, to the surprise of many involved, was millions of people around the world.

Fiddler: Miracle of Miracles is half historical look back on the musical’s construction – including insightful interviews with Harnick, Bock, and Prince – and half parsing of all the issues the show touches upon. Everything involving the backstage elements of putting Fiddler together – the squabbles, the doubts, the retooling of things that didn’t work – is pretty standard performing arts documentary fodder. Fiddler: Miracle of Miracles is at its best when Lewkowicz and his interview subjects pull back from the material itself and look at how the musical has stayed relevant over the years; not just to Jews, but to every culture.

On a purely functional level, Fiddler on the Roof is a masterstroke; the sort of work that starts off joyous and vibrant before giving way to the darkness that has been looming at its fringes the entire time. The most memorable tunes from the show are the most upbeat and catchy ones (including an opening number that literally spells out what the entire musical is about), but the story itself isn’t a happy one. Lewkowicz is willing to put in the work and look at the deeper issues within the text that have left the biggest impressions over time. 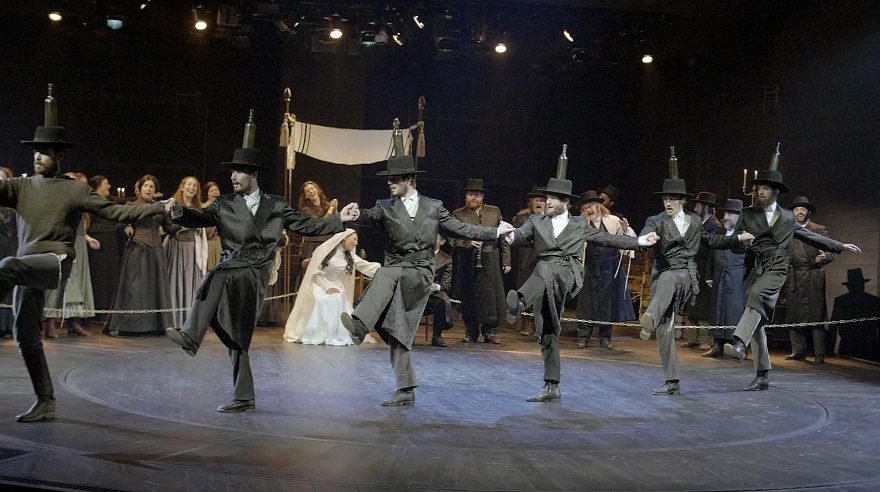 Fiddler on the Roof might be about tradition, first and foremost, but there’s also a lot to say about its depiction of gender roles, religion, poverty, loss of faith, displaced peoples, and searching for a sense of belonging. Lewkowicz even mounts a lyrical deconstruction of the revered and sometimes misunderstood “Matchmaker” number and looks at the darker historical context behind the song, and it’s truly something to behold. It’s these complex subtexts that have made Fiddler on the Roof is one of the most widely translated and adapted theatrical works in history. It might be observationally Jewish, but Fiddler: A Miracle of Miracles is more concerned with the global impact of the show, including some fascinating footage of the various ways the show has been staged in various cultures and countries.

Fiddler: A Miracle of Miracles trots out a few big celebrities names to talk about the show’s cultural status, and Lewkowicz has chosen people who can speak with a great deal of authority and nuance on the subject. Fran Lebowitz talks intelligently about the musical’s push and pull between forward progress and nostalgia. Lin-Manuel Miranda, who got his Broadway start on Fiddler and performed a song from the show at his wedding, has a great grasp over the elements that make the musical so relatable to audiences of different cultures. Blinded by the Light filmmaker Gurinder Chadha talks about how the character of Tevye influenced the Indian-British father-daughter relationship at the heart of her breakout movie Bend It Like Beckham. Former cast members dish about how various audience members have reacted differently to performances over the years, most notably recalling one traditionally minded Jewish woman who cheered when Tevye disowned his daughter and another involving Holocaust survivors who had panic attacks during one of the shows. Authors, journalists, and historians are also on hand to provide plenty of praise and provide viewers with some additional, enlightening context.

Fiddler: Miracle of Miracles is a film where every anecdote given ties into a larger story that’s trying to be told about a specific work’s cultural endurance, but Lewkowicz has so much material to pull from that the film often struggles to make room for it all. The jumps between the straightforward historical context of creating the show to parsing the broader cultural themes and analyses are sometimes awkward and jarring. One minute, Fiddler: Miracle of Miracles will be talking about one thing, and the next it’s onto something a lot different and barely connected to the scene that came before it. The film stays more or less on a timeline from the show’s inception to the present day, but Fiddler: Miracle of Miracles sometimes feels like someone forcing pieces of a jigsaw puzzle together with its jumps between straight history lesson and cultural critique.

Also, unlike the show, Fiddler: Miracle of Miracles doesn’t really build to much of anything outside of a heartwarming trip to the real life Anatevka, with Lewkowicz’s film losing a lot of steam as it goes on. Despite never fully nailing a balance between the historical and the analytical, Fiddler: Miracle of Miracles still breezes along at a good clip and stays consistently entertaining and thought provoking. The assembly might leave a little to be desired, but the details add up to something that’s both enjoyable and educational.

Fiddler: Miracle of Miracles opens at The Hot Docs Ted Rogers Cinema in Toronto on Friday, August 23, 2019. Singer-songwriter Shayne Stolz will be performing selections from Fiddler on the Roof prior to the 6:30 pm performance on August 23. The film opens at Fifth Avenue Cinemas in Vancouver and Cineplex Quartier Cavendish in Montreal on August 30.

Check out the trailer for Fiddler: Miracle of Miracles: