14 of the best movies & shows for the perfect fall streaming 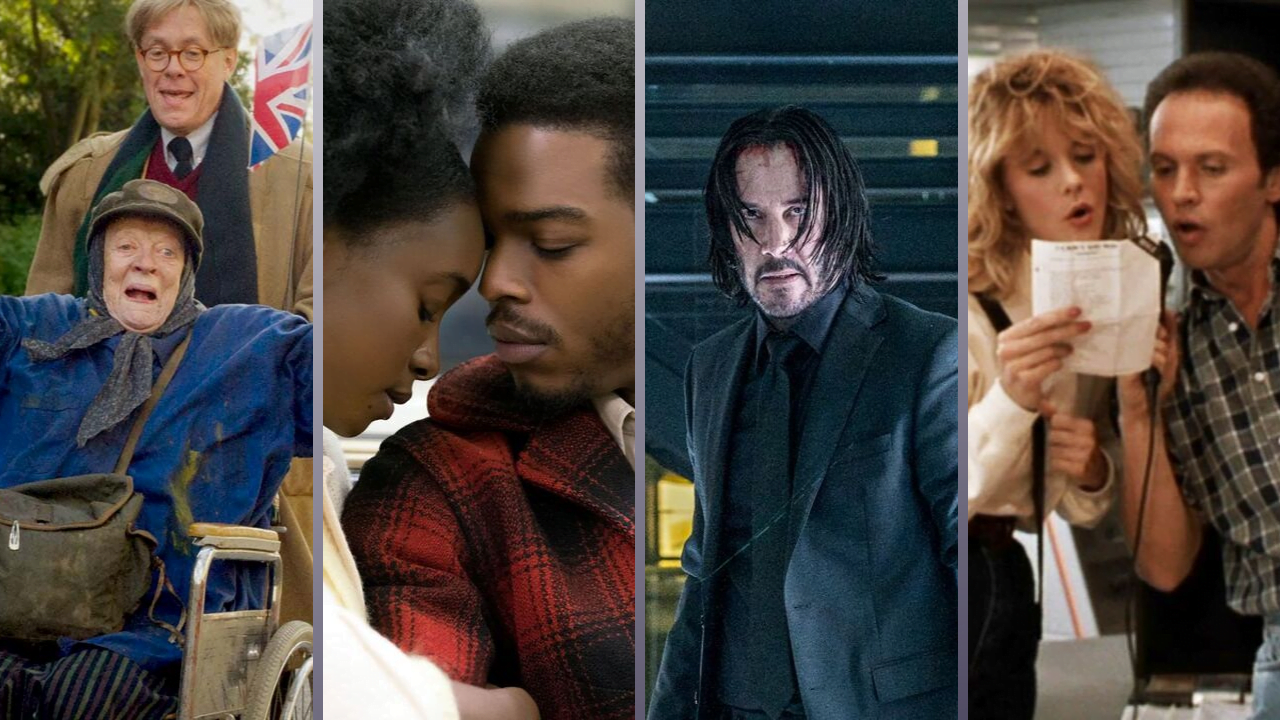 Fall means warm sweaters, a cup of tea, and curling up in front of the television for a few hours on the weekend to unwind. So pull up a couch cushion, grab the remote, and stream a few movies and shows with my autumn suggestions from The Roku Channel, Google Play Movies, Amazon Prime Video, and Netflix.

This month on The Roku Channel, curl up with director Nicholas Hytner’s The Lady in the Van starring Maggie Smith, the true story about an eccentric woman who parks her van on a London driveway for 15 years. It’s pure joy watching Smith step into this wildly fun character, and perfect for a crisp, fall weekend in.

In director Richard Linklater’s sequel to Before Sunrise and Before Sunset, Before Midnight once again stars Ethan Hawke and Julie Delpy, on a European holiday with their family. While it’s set in summer, it’s a great romantic drama for fall thanks to the wonderful atmosphere, story, and the very relatable family story.

And after launching their new live channels, there are a lot of new options to watch free shows on The Roku Channel as well, including channels devoted to Law & Crime, pets, and food.

Cozy up with excellent cooking shows on the Tastemade channel, blending two of my favourite things–food and travel–to give you ideas for your next meal and your next trip. Or tune in to Food52 for Genius Recipes with Kristen Miglore or Dear Test Kitchen with Josh Cohen.

Google Play Movies has thousands of options for your fall weekend in, and I picked a few highlights that stand out right now.

My top pick for action fans is John Wick Chapter 3 – Parabellum, starring Keanu Reeves. The third film in the franchise is maybe even better than its predecessors, and the neo noir mood makes it kind of perfect for this time of year.

Channel your inner child and superhero all at the same time with Shazam, starring Asher Angel, with Zachary Levi as the alter-ego hero. Set during the fall, the film is a lot of fun, and it’s a family crowd-pleaser too.

Or how about a few old school favourites? For that serious fall vibe it’s hard to top When Harry Met Sally, Rushmore, You’ve Got Mail, or October Sky. All four titles are available now, and in Canada they range from $3.99 to $9.99 to rent or own.

Amazon Prime Video has a lot of great titles that put me in the mood for fall, and the biggest one has to be Sleepy Hollow with Johnny Depp and Christina Ricci. You could save this one for Halloween, but I think it’s perfect to start out fall with a bit of macabre storytelling.

For a serious drama, If Beale Street Could Talk was one of 2018’s best films, and the movie is layered, rich, beautiful, and moving. Director Barry Jenkins works magic with the iconic story, based on the classic novel, and stars KiKi Layne and Stephan James have wonderful chemistry.

To get a little more romantic, Sleepless in Seattle is another classic fall movie, and Tom Hanks has rarely been better or more easy to love opposite (albeit briefly) Meg Ryan. The film draws out the ending, but its worth every moment.

For kids, Hook with Robin Williams is a sweet, funny, magical story, and the 2006 live-action Charlotte’s Web with Dakota Fanning is also a classic. Or for your older teens, or to relive your own teen years, few films capture the angst of the era better than Heathers.

Netflix is packed with fall-themed shows and movies, but my favourites are absolutely the ultra-creepy Mothman Prophecies, and Stranger Things.

Richard Gere and Laura Linney star in the mesmerizing Mothman Prophecies, and to this day it’s one of my favourite atmospheric creepout movies. There are not a lot of films that capture that feeling well, and before Halloween, this is a great mood-setter.

On the other hand, Stranger Things is one of Netflix’s best series, and the first two seasons feel especially perfect for fall with one of the best young casts working today, great effects, and a creepy storyline that draws you in.

On the lighter side, Pitch Perfect is set during the first semester at college, and mixes music, comedy, and some pretty great gags about an all-female a Capella group competing to be all they can be, with Anna Kendrick starring and stealing the spotlight.

Finally, as the ultimate nightmare fuel, check out The Ritual. This taut, gruesome, edgy horror film is set in Sweden with a monster that is almost guaranteed to freak you out. The story is pretty good, but the monster in this film may be one of the best realized creatures in the last decade, and there are also some seriously creepy plot twists along the way.

Stay tuned next week for our top 20 Halloween streaming titles!