A dry, but atypical biography and American history lesson, Jimmy Carter: Rock & Roll President looks at a former world leader and current humanitarian who’s more influential than his unjustly maligned reputation suggests.  While numerous other documentaries – most notably Jonathan Demme’s Man from Plains – have looked at the life, times, and policies of the 39th American President both fondly and critically, filmmaker Mary Wharton uses Jimmy Carter: Rock & Roll President to primarily highlight the ways its subject forever changed the link between pop culture and politics. Across the past several decades, celebrities getting involved with presidential campaigns has become part of the norm in America, but Carter was the first to fully recognize the power music has over everyday people.

Although he wasn’t embraced whole-heartedly by his fellow Democrats, former peanut farmer Jimmy Carter seemed like just the kind of person America needed as a leader following the Vietnam and scandal plagued Nixon and Ford years. A rare example of a southern and progressive Democrat, the proud Georgian was a radical thinker who valued peaceful resolution and equality over military escalation and further division. Carter’s platform, laid back personality, and love of many varied types of music endeared him to numerous high profile rock stars. The Allman Brothers Band, Bob Dylan, and Willie Nelson all became some of the president’s closest confidants, with many others also willing to make campaign and fundraising appearances on behalf of the Carter administration. While his links to rock and roll royalty undoubtedly earned him respect among younger voters, it also raised numerous questions among his vocal critics and detractors.

The perception of Jimmy Carter’s administration was once tarnished; not because he wasn’t responsible for sweeping changes to American foreign policy, but rather as a result of being in the wrong place at the right time. Economic stresses, cultural shifts, and his adherence to ending the Iran hostage crisis as peacefully as possible led to Carter only being elected to a single term in office. In the span of four years, America went from wanting a soft spoken diplomat in office to electing a matinee idol who spoke loudly and carried a big stick. (I guess, in that respect, not too much has changed in America.) While Jimmy Carter: Rock & Roll President balances the positives and negatives of its subject’s time in office, Wharton (who has worked previously on many musical minded documentaries) finds the filmmaker most interested in the “soft culture” tactics that brought him to the dance in the first place. 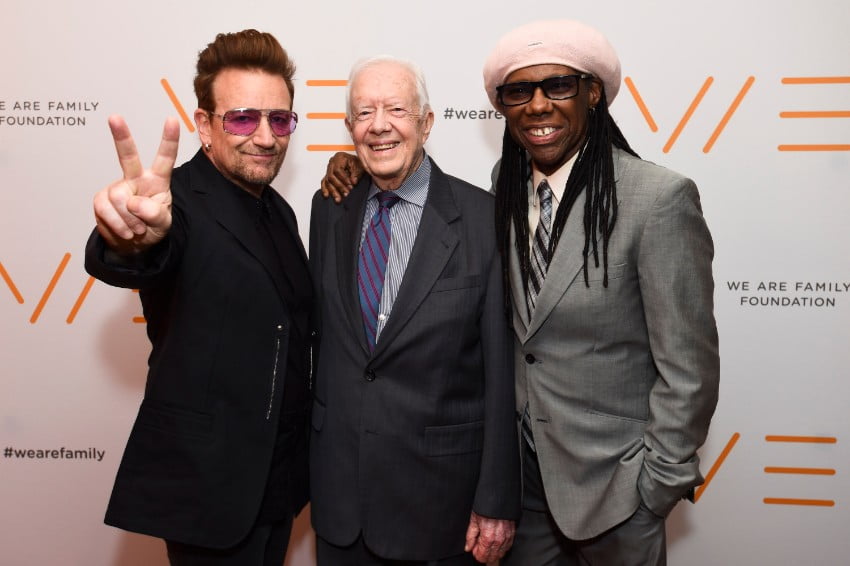 Jimmy Carter: Rock & Roll President is a profile of a savvy politician who boosted his appeal amongst the American people by using his passions to create an advantage. Carter was a music aficionado since he was a young boy, memorizing the words to every song in his church’s hymnal. Carter amassed a great deal of knowledge about rock, pop, blues, classical, jazz, and country music that often surprised many outside his inner circle. He’d form strong friendships with the likes of Gregg Allman, Jimmy Buffet, and Hunter S. Thompson, and in the process gain social endorsements from some of the country’s foremost entertainers and pop culture pundits. Carter, perhaps more than any other president before or since, understood the importance people placed in music. One could go as far as to say that Carter found a way to insert himself into the soundtrack of people’s lives.

Wharton sits down with Carter at great length to talk about his presidency and love of music, while bringing in a number of high profile talking heads to elaborate on the impact the film’s subject had on political culture. Garth Brooks, Trisha Yearwood, Bono, Willie Nelson, and Bob Dylan all share anecdotes that speak to Carter’s humility and passion for music (including an unusual rock and roll rivalry with fellow democrat Jerry Brown), but Nile Rodgers and Gregg Allman offer the most enlightening interviews here. Rodgers comes across – much like Carter – as a one-person repository of musical history and theory, while Allman speaks lovingly and gratefully about Carter’s ability to refrain from judging rockstars for their drug use and various other indiscretions. None of Wharton’s interview subjects are openly critical throughout Jimmy Carter: Rock & Roll President, but they do a decent job of filling in some of the finer details of the documentary.

But when it comes time to discuss its subject’s political downfall, Jimmy Carter: Rock & Roll President falls into a familiar, uninspired recitation of facts, virtually abandoning most of what Wharton’s title suggests. While all of that detail is necessary to understand how Carter has been one of American history’s most overlooked footnotes, it makes Wharton’s film as dry as her subject. Carter, despite his rolodex of famous people and his current rebirth as one of the country’s foremost philanthropists, isn’t an exciting person to be around or talk about.

In hindsight, time has been kind to Carter’s legacy, but Wharton’s film can’t quite decide whether or not his use of star power in campaigning was a success or a misfire on the whole. The rock and roll stuff is interesting and compelling, especially when viewed through the lens of American politics, where the rich and famous have seemingly bottomless sway. Jimmy Carter: Rock & Roll President would’ve worked better, however, if there was a clearer focus on either the anecdotes or the hard and fast history. Still, as an encapsulation of the Carter administration, it works.

Jimmy Carter: Rock & Roll President will be available to screen online in Canada via virtual cinemas to benefit local theatres and via Hot Docs’ streaming platform starting on Thursday, October 29, 2020. 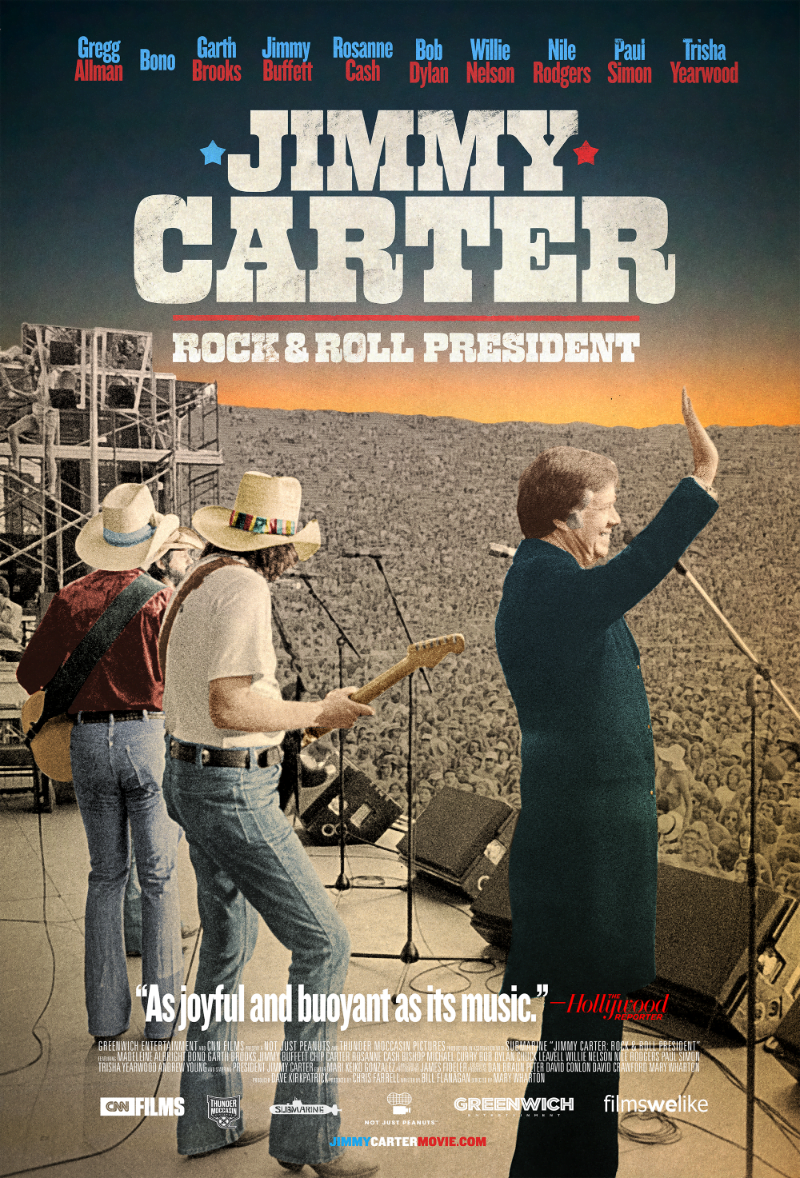