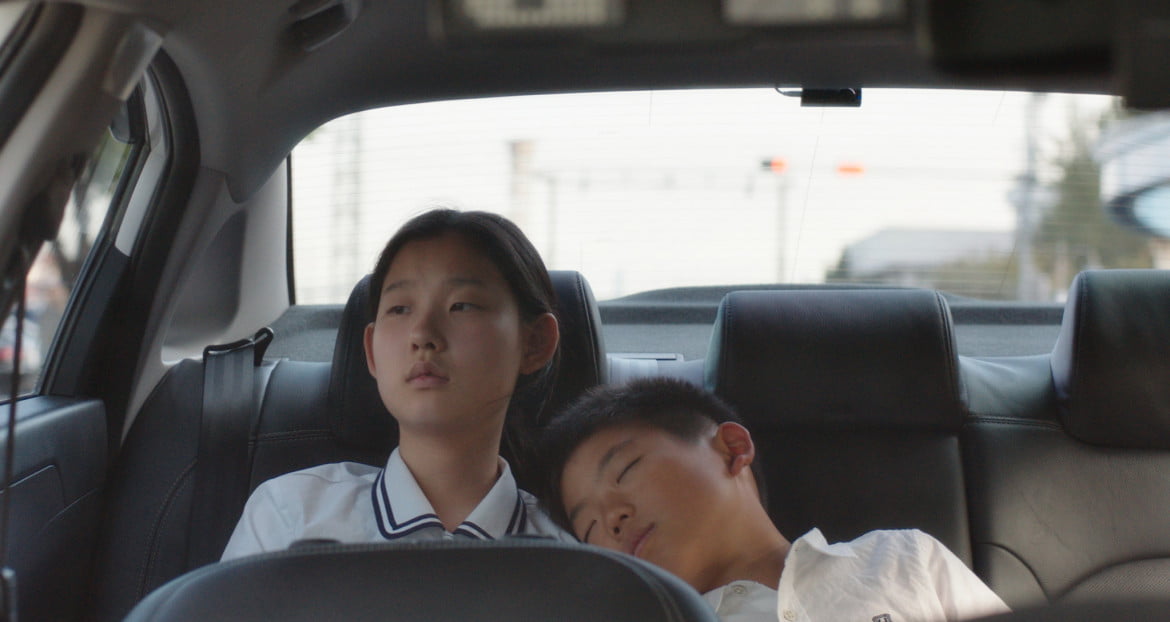 Teenage young woman Okju, her little brother, Dongju, and divorced father, Byungi, are being forced to leave their home in Seoul behind as a result of encroaching redevelopment (a theme also seen in fellow 2020 Reel Asian selection Dust and Ashes). They move in with their elderly, widowed grandfather – whose health is continuing to decline – and are soon joined by Byungi’s sister, Mijung, who is breaking away from a terrible marriage.

Adopting an observational approach that keeps melodrama at bay, Moving On is a film that elegantly and subtly showcases how each of the main characters need each other to survive. The more youthful sibling relationship is a naturally contentious one – especially since Okju doesn’t seem to care for her younger brother’s constant doting – while the adult pairing is a tactful, but pointed relationship where affection and long simmering differences coexist somewhat peacefully.

Dad wants a new career. Auntie wants to restart her life. Okju wants to be treated like an adult. Dongju just wants to be loved and recognized. And they all care about grandpa’s standard of living in their own different ways. Writer-director Yoon does an exceptional job of fleshing out these characters; giving them all interesting inner lives and making them come together as a believable whole.

In an era when more families have to band closer together for economic survival, Moving On is a hopeful, realistic, and relevant story well worth telling.