Filmmaker Alice Gu’s documentary The Donut King is a sprawling and ambitious character study that shows a remarkable link between America’s obsession with baked goods and the refugee experience. The Donut King (which boasts Ridley Scott as an unlikely executive producer) is primarily a profile of a self-made millionaire who squandered all his cash and good will on bad life choices. But it’s also a film about war, immigration, trauma, family, fostering a sense of community, and, yes, pastries. Just as there’s a fried dough ball that can appeal to just about anybody’s tastes and sensibilities, The Donut King is a documentary that quite literally has something for everyone.

In 1975, Cambodian refugee Ted Ngoy (a former high ranking member of the military) fled his homeland and the violent genocide perpetrated by the Khmer Rouge. Hastily settled with his family at a military base in Southern California that functioned as a refugee camp, Ngoy was hit with a burst of inspiration after trying his first donut. Ted learned the ins and outs of running a bakery by getting a job at one of the west coast’s biggest chains, before establishing a donut shop of his own. Enlisting every member of his family and other members of SoCal’s growing Cambodian community, Ngoy quickly established his own donut empire. By 1979, Ted was a millionaire and an overwhelming number of mom-and-pop donut shops were run by Cambodian families. And if it weren’t for Ngoy’s crippling gambling addiction, he might’ve been a billionaire by this point.

The real “American dream” is the one sought after by immigrants and refugees seeking a better life for themselves, and that more than any spectacular falls from grace is what The Donut King is all about. Today, an high percentage of independent donut shops in California are still owned and operated by Cambodians, a trend that Ted Ngoy started forty-five years ago. Ngoy wanted to operate a business of his own, but he also wanted his community to succeed, buying up storefronts and only leasing to fellow Cambodians. While Ngoy’s cruller has crumbled, many of these franchisees remain beloved neighbourhood institutions. Cambodian run donut shops are so successful in Southern California that they were once able to run megacorporation Dunkin’ Donuts out of the state for a time. Today, these shops face rising costs and renewed competition from chains, but they’re just as successful as ever thanks to donuts becoming trendy once again. 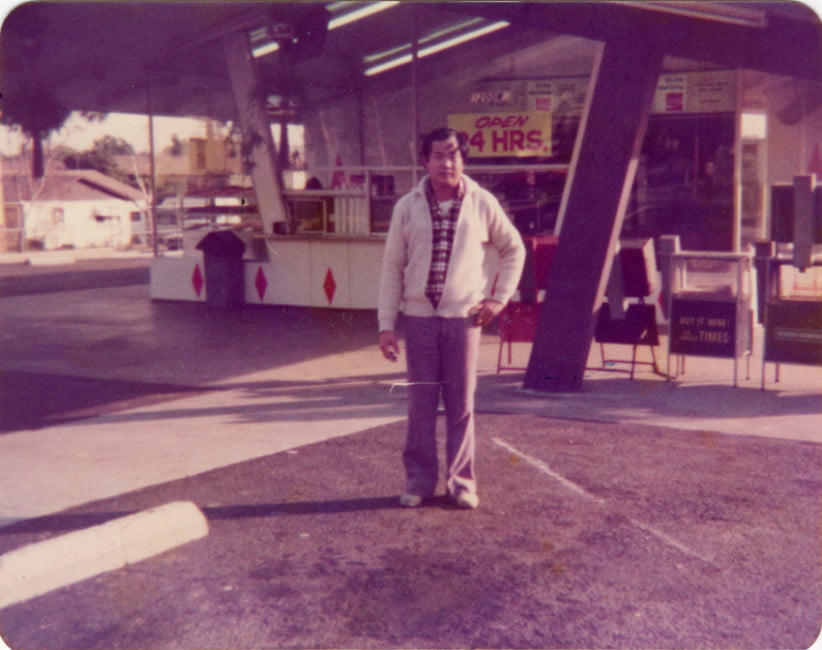 The Donut King sets the stage for what’s to come by opening with an impactful history lesson. Gu, directing her first feature, never shies away from the terror Ngoy’s family and others like them faced while trying to escape from Cambodia. That terror didn’t end once they successfully made it out of the country. Once in California, refugees lived in harsh, impoverished conditions, and quickly had to assimilate into western society if they wanted to break free. They were met with racism, economic inequalities, language barriers, and cultural differences that could be impossible for some to overcome. It’s a lot to think about when all you want to do is eat a donut, but Gu follows in the footsteps of many great food anthropologists and documentarians before her by making viewers care about where their food is coming from, the history behind it, and the people who happen to be making it.

The complicated history that isn’t widely known outside of the California donut scene is necessary to understand why Ted Ngoy is such a complicated and controversial figure. Gu brings a flashy, hip-hop inspired sensibility to The Donut King that works nicely. From an early sequence set to Wu-Tang Clan’s seminal “C.R.E.A.M,” it’s clear that The Donut King is going to be the story of a relentless hustler. Ngoy took the knowledge he learned from one of the country’s most reputable donut chains, and then used those teachings to make his mentors his subordinates. By using cheap family labour, shrewd marketing, and unusual (sometimes unhygienic) cost cutting measures, most of Ngoy’s intake was pure profit. If he didn’t get addicted to his own success, Ngoy wouldn’t have burned almost every bridge he built.

Whenever Gu is directly profiling Ngoy, The Donut King is a vibrant, playful look at a dreamer who turned his empire into an American nightmare. Sometimes Gu’s playful tone is out of step with the more serious elements in The Donut King. In an understandable bid to cater to viewers who came to The Donut King wanting to see a film about pastries and larger-than-life characters, Gu bounces back and forth between historical context and the nuts and bolts reality of Ngoy’s operation. Sometimes, that balance feels uneven, especially when Ted’s family members speak openly and mournfully about their experiences as refugees. Their stories inform the film, but the constant ping-ponging between the lighthearted and the serious is sometimes jarring. Similarly, there might be a bit too much time spent with present day Cambodians who are keeping family run donut shops alive. Their stories, while incredible in their own right, sometimes feel a bit like padding.

Much like a sugar rush, The Donut King is an intoxicating, energetic, and well told story, but these aren’t empty calories. Gu’s well researched history of an industry pioneer and the refugee community he helped prop up in times of tremendous hardship is a vital one. It’s as layered as a cronut and just as admirable and innovative of a creation.

The Donut King is available to stream from Thursday, November 19, 2020 until December 31st in Canada through FilmsWeLike’s virtual cinema, with proceeds going to help independent donut shops and bakeries. When purchasing a virtual rental, consumers can select a donut shop in their neighbourhood to benefit from the ticket sales. 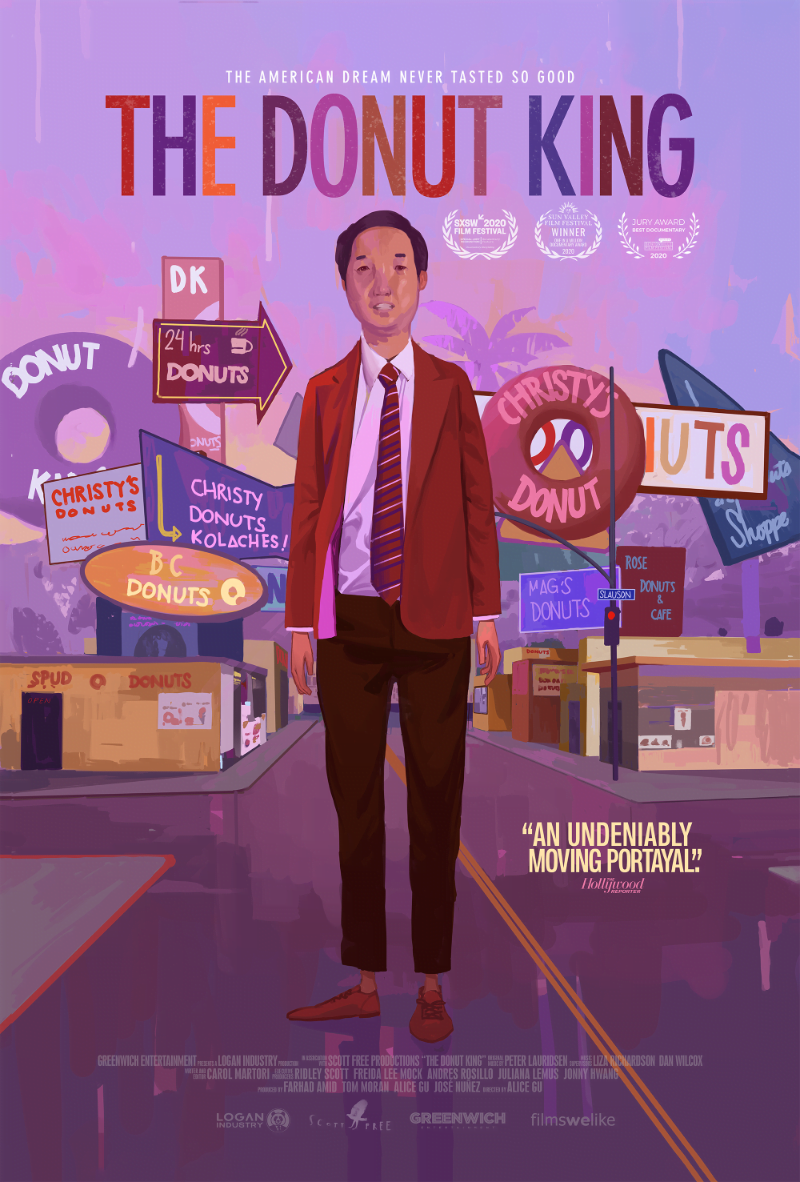