Judas and the Black Messiah | Review 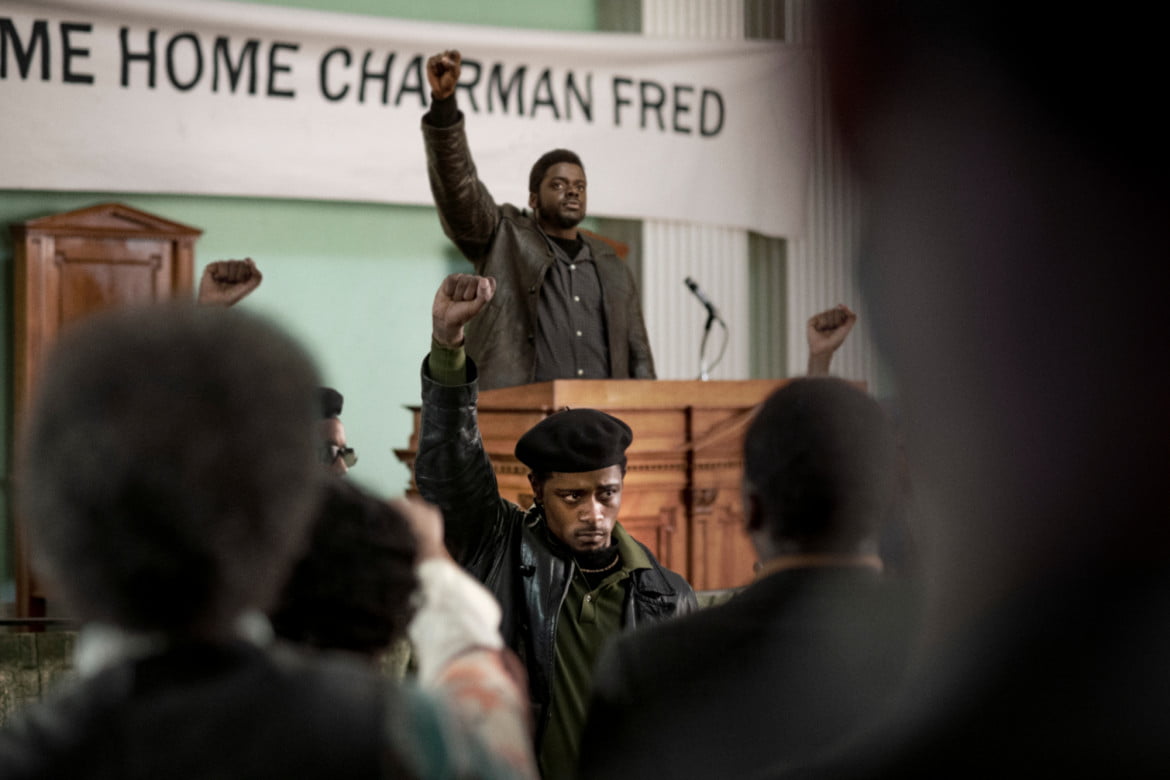 One of the best films of the year, director and co-writer Shaka King’s Judas and the Black Messiah is a fascinating, exciting, and multi-layered character study and true story that speaks volumes to the black experience in the late 1960s and early 70s. Rich in period, political, and human detail, Judas and the Black Messiah deftly balances the stories of two characters whose beliefs and ideologies keep pushing and pulling apart. Judas and the Black Messiah is almost like a mob movie in the style of Donnie Brasco, The Departed, or Carlito’s Way, but from an emotional, societal, and – most importantly – non-white perspective, King’s film stands for so much more. It’s a film about deception, loyalty, and power, but it’s also a look at what happens to a politically important figurehead when the myth surrounding them is largely written by their enemies and detractors. It’s the kind of movie and story that’s impossible to not get lost and caught up in; directed and performed with the utmost skill and intelligence.

Bill O’Neal (LaKeith Stanfield) is a petty thief from Chicago who has a pretty good grift going on. He dresses up in a trenchcoat, poses as an FBI agent that flashes a phony badge, and shakes down unsuspecting rubes; tricking them into giving up their cars. Bill is caught and brought before an FBI agent (Jesse Plemons) who offers the thief a chance for immunity. Bill is asked to infiltrate the local chapter of the Black Panthers, a group that FBI head J. Edgar Hoover (Martin Sheen) has touted as one of the biggest threats to American society. The Chicago branch is led by chairman Fred Hampton (Daniel Kaluuya), the fastest rising member of a socially conscious group that’s finding most of its leaders getting pinched or squeezed by state, federal, and local authorities. Bill, who becomes the chapter’s head of security, reluctantly agrees to get close to Fred and report his findings to the FBI, but it doesn’t take long for the undercover snitch to see that the Panthers are doing a lot of good in the community, putting the young man in a morally complicated position.

Judas and the Black Messiah gives Kaluuya and Stanfield two of the best characters they’ve played to date, and neither wastes a shred of opportunity to elevate King’s work behind the camera. King and his co-writers present their actors with a wealth of background material to pull from, and in a wise choice, these details are made known to the audience in total. Watching Judas and the Black Messiah is a great example of how a well constructed film and exceptional performances can make audiences get to know people they’ll never meet in real life. O’Neal and Hampton are both complicated, magnetic, and deeply flawed people that are captivating to follow whether together or apart. Their problems are both linked to a larger struggle, and yet uniquely their own. As a portrait of splintered unity, Judas and the Black Messiah is almost without equal, directed with a great deal of energy and force by King.

Stanfield’s measured work moves believably in waves. O’Neal starts off from a point of misplaced confidence, then fear and trepidation, then a showing of actual confidence that’s actually a veneer for deeper fears that he often forgets about when caught up in working alongside the Panthers as part of his cover. The conflict and emotional arc at the heart of O’Neal is delicately constructed by King, who wants viewers to be sympathetic, yet wary of the character’s goals and motivations. Stanfield plays O’Neal not like a cop or an informant, but more like a method actor who’s getting increasingly lost in their role. Considering that the Black Panthers did a lot of good at the height of their perceived media infamy, O’Neal’s pull towards them is admirable, but whenever the FBI comes calling, a noticeable panic sets in on the actor’s face. Many of the mob movie comparisons inherent in Judas and the Black Messiah come courtesy of Stanfield, and they occur naturally rather than having the actor resort to genre cliches. 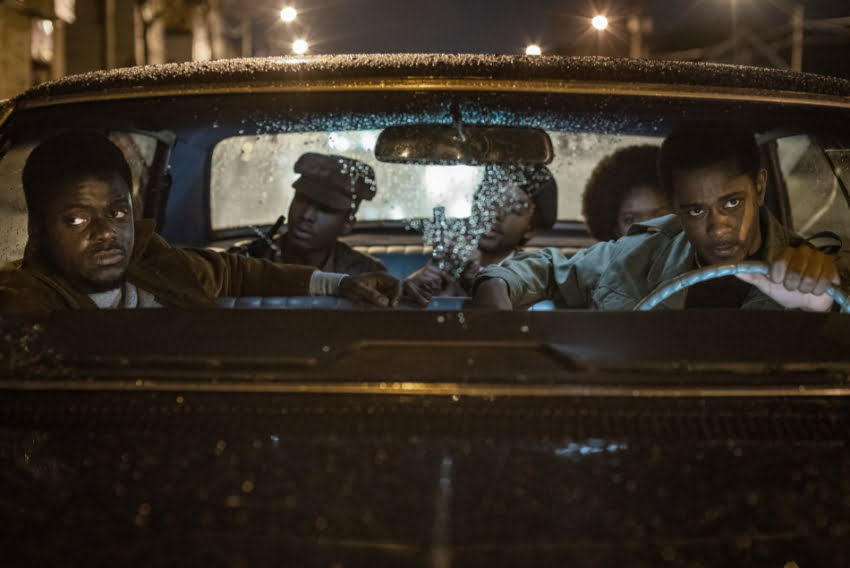 Kaluuya’s performance as Hampton is on another level of greatness entirely; the sort of turn where the sense that one is watching an actor playing a role disappears entirely. Bulked up and cutting an imposing frame, Kaluuya looks and moves every bit like a leader, but King also gives the character a great degree of vulnerability and fallibility. Whenever Fred Hampton enters a potentially unfriendly room – best evidenced via a brilliant scene where the Panther unwittingly sets foot into a barroom controlled by a rival political movement – he’s greeted with equal parts respect, reverence, fear, and derision. Within seconds of seeing Hampton, people know they can only push him so far before drawing his wrath. At the same time, that anger is clearly born from a place of compassion and a desire for unity. Around the midway point, following one of Hampton’s prison stints, Kaluuya gets a chance to show the character some vulnerability. When Hampton is told by his partner, Deborah Johnson (Dominique Fishback, in one of the year’s best and most subtle supporting performances), that he’s going to be a father, one can see the actor processing the character’s reassessment of an entire life through facial expressions and a softened manner of speech.

At the heart of Judas and the Black Messiah are two important and timely questions. What does it mean to die for a cause? Both O’Neal and Hampton are in dangerous, life threatening situations, but who are they fighting for? King suggests that the continually blurring lines, shifting political tides, and conflicting ideologies leave those answers in a constant state of flux. Both men are equally capable of making generous and self-protective decisions that don’t always align with their followers or leaders. The anxiety and moral conflict throughout Judas and the Black Messiah is palpable and profound. Hampton has the unlikely ability to pull together seemingly different social movements under a unified banner, but O’Neal has the power of an organization behind him that’s capable of undoing everything in favour of the white establishment and status quo.

While Judas and the Black Messiah builds to a violent, unavoidable, highly telegraphed conclusion, King goes to great lengths to make sure that the triumph and tragedy are represented in equal measure. King never absolves O’Neal of his actions, but he provides a nuanced understanding of them in a larger conflict. While O’Neal might be the most obvious villain in Judas and the Black Messiah, King always reminds the viewer that deceptive practices within social movements often point to external authorities trying to retain their power. While both hold a place in history, and as the biblically alluding title of King’s film suggests, O’Neal and Hampton are not necessarily unique in terms of what they did and didn’t stand for. What makes Judas and the Black Messiah unique is the humanity and weight and burden of the responsibilities placed upon them.

Judas and the Black Messiah is available on premium VOD starting Friday, February 12, 2021, and it also opens in select theatres the same day, where available. If seeing a film in cinemas, please take all necessary precautions. Wear a mask, practice social distancing, and stay home if feeling ill. 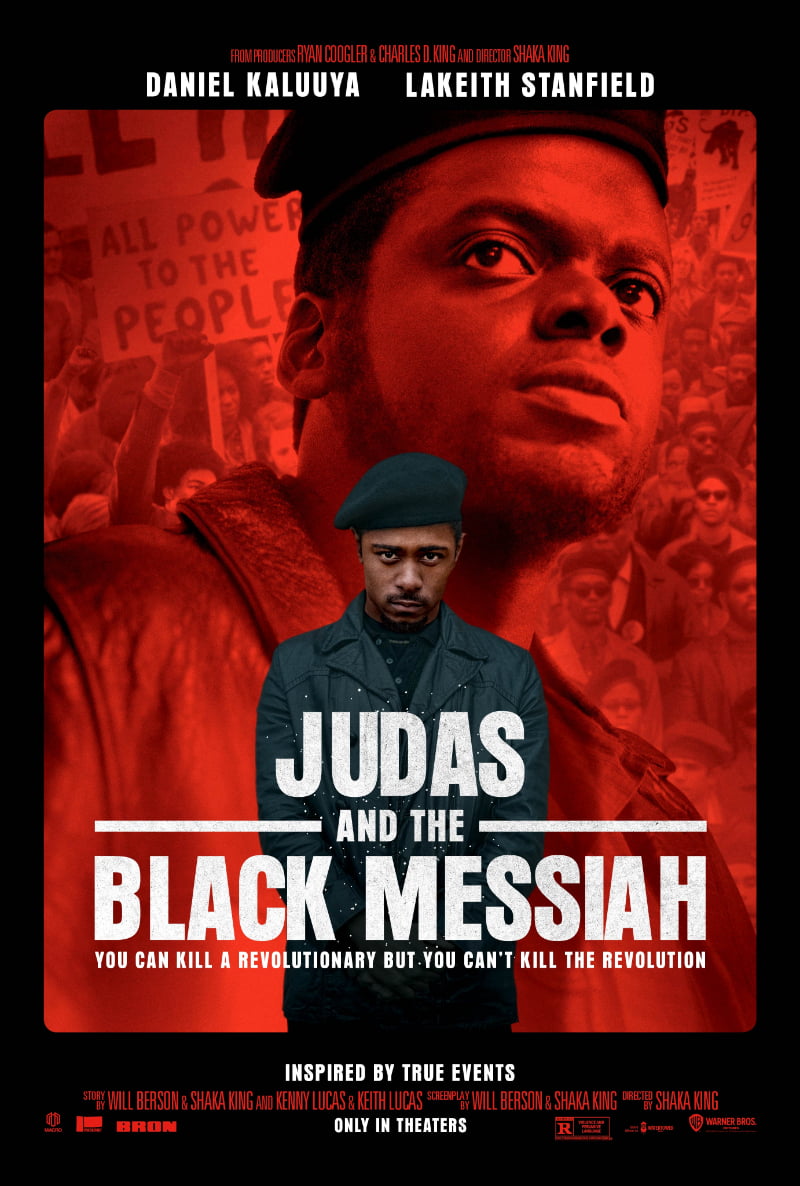