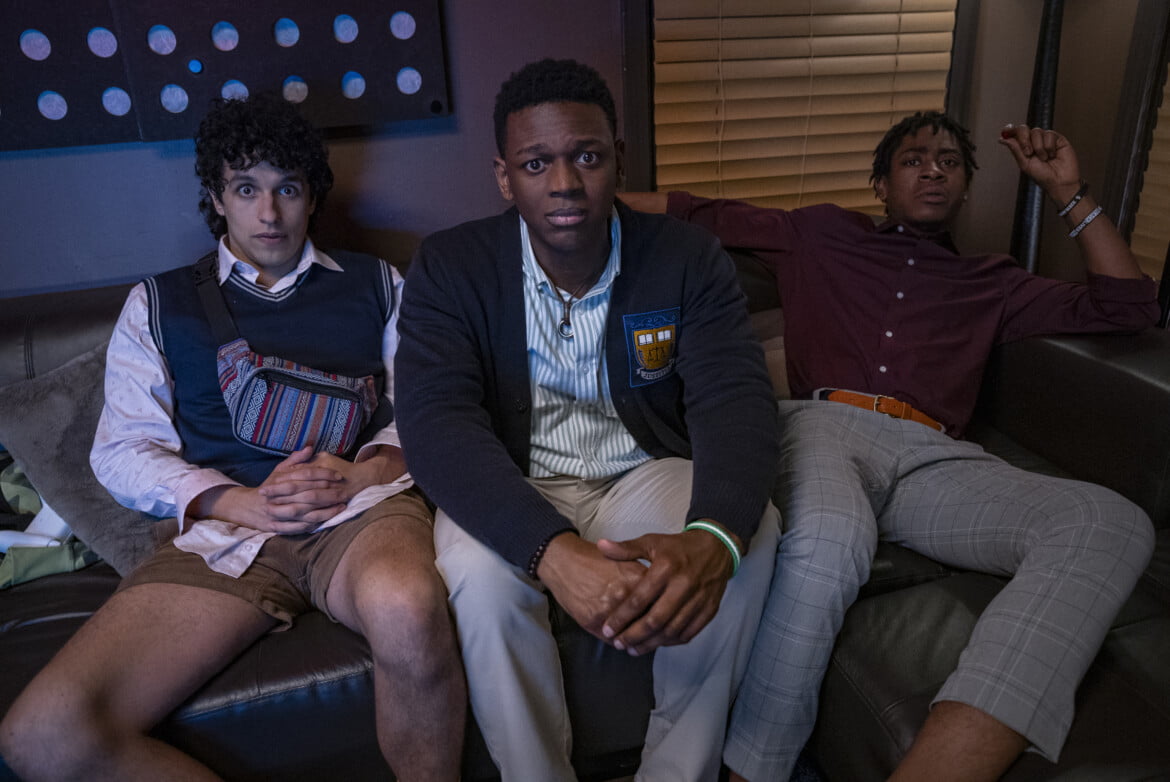 It was supposed to be an epic night of parties. Instead, three friends are trying to do the right thing, without getting murdered or arrested in director Carey Williams’ captivating Emergency.

Written by K.D. Davila, the smart, funny, endearing and anxiety-inducing film follows college friends Sean and Kunle, played by the incredible RJ Cyler and Donald Elise Watkins, as they plan a “legendary tour” of all the major frat parties on campus.

The night should be a first on the campus. The first Black men to finish the tour. When they come home to find a white girl passed out on their floor though, and roomie Carlos, played by Sebastian Chacon, none-the-wiser about where she even came from, they have a problem.

If they take the girl to the police or a hospital, what’s to stop their kindness from being punished? If two Black guys and a Latino guy turn up with an unconscious girl somewhere, who’s going to believe them that they didn’t do anything wrong?

Emergency is about how racism affects even simple choices for young Black men, and it’s told expertly with this cast, and by the filmmakers.

Sitting down with all three stars, Williams, and Davila, they shared a lot of behind-the-scenes details about making the film.

“The story came from a lot of different places,” Davila said. “We actually made the movie originally as a short film… and it’s inspired by a true story.”

“It’s the question of, when you are a person of colour in America, you have this burden of having to anticipate, ‘how am I being perceived? How does this situation look? Do I look like a threat right now? Is there anything I can do to mitigate looking like a threat?'”

“And often the answer is no.”

At the same time the film’s heart is the friendship between these three guys, and it came very naturally from the start, they said.

“A lot of times I just got out of their way when we were shooting because they knew what movie we were making,” Williams said. “They kept it very grounded. They understood the stakes of it all, and they just also had such great chemistry that it was very, very easy to just watch the magic that they’re creating and be there when there is any shaping that needed to be done, but not get in the way of the beauty that they were creating for us on the set.”

For the stars, they took a cue from Williams, and made playlists to help them get into the character’s heads.

“I feel like all of us had a playlist that was tailored to us, but layered in so many different ways because we all affected each other,” Cyler said. “So there was music on our playlist that gave us the vibe of each other.”

“I think it’s not only a playlist thing,” Chacon said. “You see Carlos in the movie put on headphones and be like, ‘let me regulate myself,’ so I’m listening to like very calming music, you know, old, Latin classics. But then, throughout the film I was reading sci-fi, fantasy… to try to feel like a little bit more of an outsider.”

And then there’s Kunle, who happens to be the real heart of the trio.

“I feel like Kunle is the one friend that gets in your car and you can just put your phone on shuffle, and it doesn’t matter. You’re not like, ‘Oh, he’s going to think this is crazy,'” Watkins said.

“You know, it’s just that sort of things like this universal friend. He just wants to kind of love on everyone and just emote all this positivity.”

Watch both interviews below for more on how the actors bonded almost instantly, why everyone needs a friend like Kunle, and more on how Davila imagined the story.