Ticket to Paradise Review | You Already Know What This Is 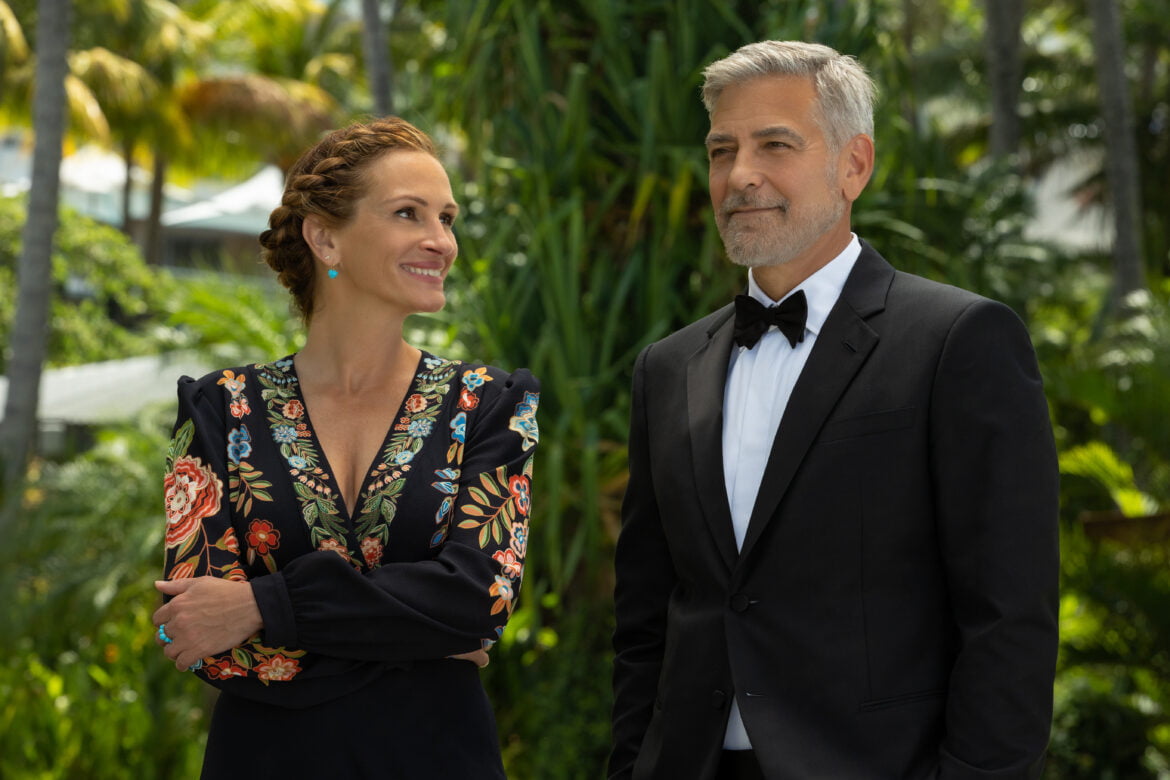 The cliched and obvious romcom Ticket to Paradise is the perfect film for people who don’t care very much about what they’re watching as long as it hits a sweet spot in their psyche. That might sound like an insult or the ultimate in backhanded compliments, but I do fully understand the appeal of something like Ticket to Paradise. It’s a familiar, breezy, unchallenging bit of entertainment set in an exotic locale and boasting two leads with effortless charisma and chemistry to go along with their megawatt smiles. Is any of this new? Nope. Is any of it funny? Maybe if all you want are some light chuckles. Will it be remembered fondly in the careers of its key players? Probably not as much as their biggest hits and successes will be. But ask if Ticket to Paradise accomplishes the most basic and rudimentary of genre film goals and the answer is “absolutely.”

George Clooney and Julia Roberts reunite again after appearing in the Oceans’ Trilogy together, this time as David and Georgia, an architect and an art gallery owner, respectively. David and Georgia were once married for half a decade before going through a highly argumentative divorce that has led to them wanting to be as far away from each other as possible. The only common ground between David and Georgia is their only daughter, Lily (Kaitlyn Dever), who just finished her undergrad and is planning to attend law school after a summer vacation in Bali with her hard partying, trainwreck best friend (Billie Lourd). While in Bali, Lily is almost immediately smitten with a kind-hearted, down to earth seaweed farmer, named Gede (Maxime Bouttier). Immediately taken in by his gentility and the prospect of joining a family that actually loves and supports each other, Lily makes the snap decision to marry Gede and move to the island paradise full time. This sets up for David and Georgia, who finally agree on something else after all these years. They enter into an uneasy truce to break-up Gede and Lily’s impending nuptials in a bid to keep their daughter from making the same mistakes they did.

Can Georgia and David coexist long enough for their plan to work? Will the young couple catch onto this plot to undermine their happiness? Will the experience cause David and Georgia to grow closer together, reminding them of the love they used to have all those years ago? Will there be plenty of comedic and cultural misunderstandings (some of them bordering on insensitivity and bad taste)? Will numerous people get injured in slapstick ways? Will the know-it-all David constantly be proven wrong? Will the tightly wound Georgia learn how to relax?

Do the answers to any of the questions listed above even matter in the slightest? If you are the target market for Ticket to Paradise, you would’ve answered no to the most recently asked question and ignored all the rest as givens for the genre. This is a film made for people who only want to see something light and snappy. If you think you already know the answers to all those questions, and you can’t stand clockwork, workman like predictability, there are plenty of other movies out there for you. This is all extremely low stakes stuff, but it works if you simply don’t care what you’re watching. 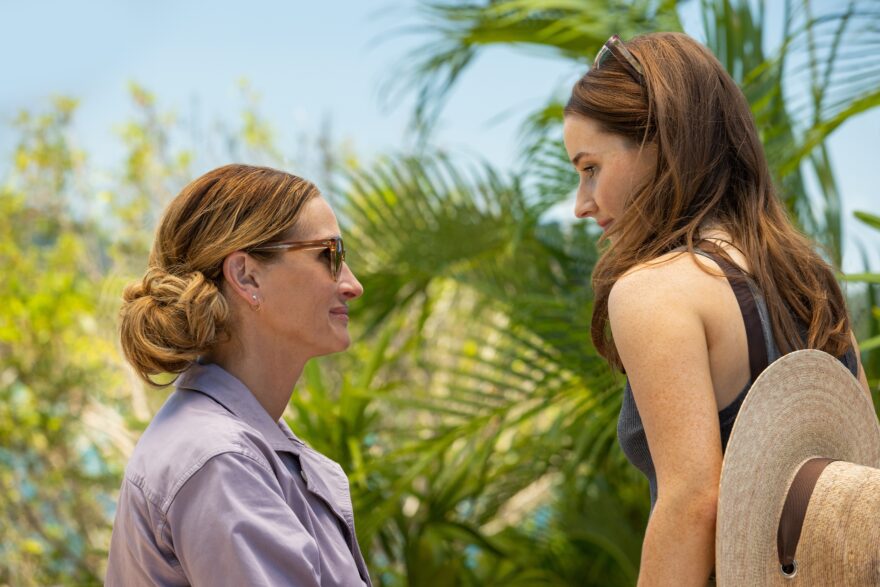 And I totally get it. Life is hard, especially these days. I could complain about how audiences deserve better than this, but sometimes you just want a decent bowl of ice cream at the end of a rough week. You don’t care about good. You care about the comfort it provides. You might be starved for laughs, and while nothing in Ticket to Paradise – directed and co-written by Ol Parker (Mamma Mia! Here We Go Again) – ever registered more than a smile or giggle from me, I still saw where the charm lies. The locations will be a salve to anyone dreaming of an exotic getaway to far off lands (even though this wasn’t shot in Bali, but rather in Australia). It’s all effective in the moment, and for most viewers, I’m sure that’s the only thing that will matter.

Roberts and Clooney could both do this sort of thing in their sleep, which is probably why both of them have stayed away from romcoms in recent years. It’s too easy for them. But they look like they’re having an absolute blast as the hyper-competitive former lovers. They can dish it out as well as they can take it comedically, and when they have to start making googly-eyes at each other again, it’s still effortlessly believable. You see, they hate each other, but… now get THIS… they bicker… LIKE A MARRIED COUPLE. It doesn’t make you think, but the sheer charm of the leads makes this easy to follow along for the predictable ride.

Clooney and Roberts get nice assists from their supporting cast, all of whom get to play clever foils or quirky characters. Dever gives the best actual performance here, pulling nicely from her character’s desire to have a sense of normal stability instead of the familial chaos to which she has grown so accustomed. Lourd steals all of her scenes – just like she did with a similarly unhinged character in Booksmart – as the only person who almost seems to know they’re in a romcom. Lucas Bravo provides further welcome comedic relief as Georgia’s vastly younger and seemingly accident prone pilot boyfriend.

While some of the depictions of the island’s indigenous population are problematic and suspect, there’s nothing outrageously offensive or annoying about Ticket to Paradise. It’s dull if you’ve seen it all before, and if that’s not what you want, sitting through Ticket to Paradise will be more like an economy priced ticket to hell. But time has proven that people have a soft spot for these things, and it’s hard to argue against their escapist value. Like Marvel movies, there’s almost no sense arguing for or against them at this point. There are plenty of low aiming romcoms that I would prefer to watch again over Ticket to Paradise, but it’s not bad enough to dismiss it outright. It moves along pretty fast, doesn’t outstay its welcome, and evaporates quickly from the mind. If you’re getting a ticket to this paradise, you probably already know exactly what’s in store.

Ticket to Paradise opens in theatres across Canada on Friday, October 21, 2022. 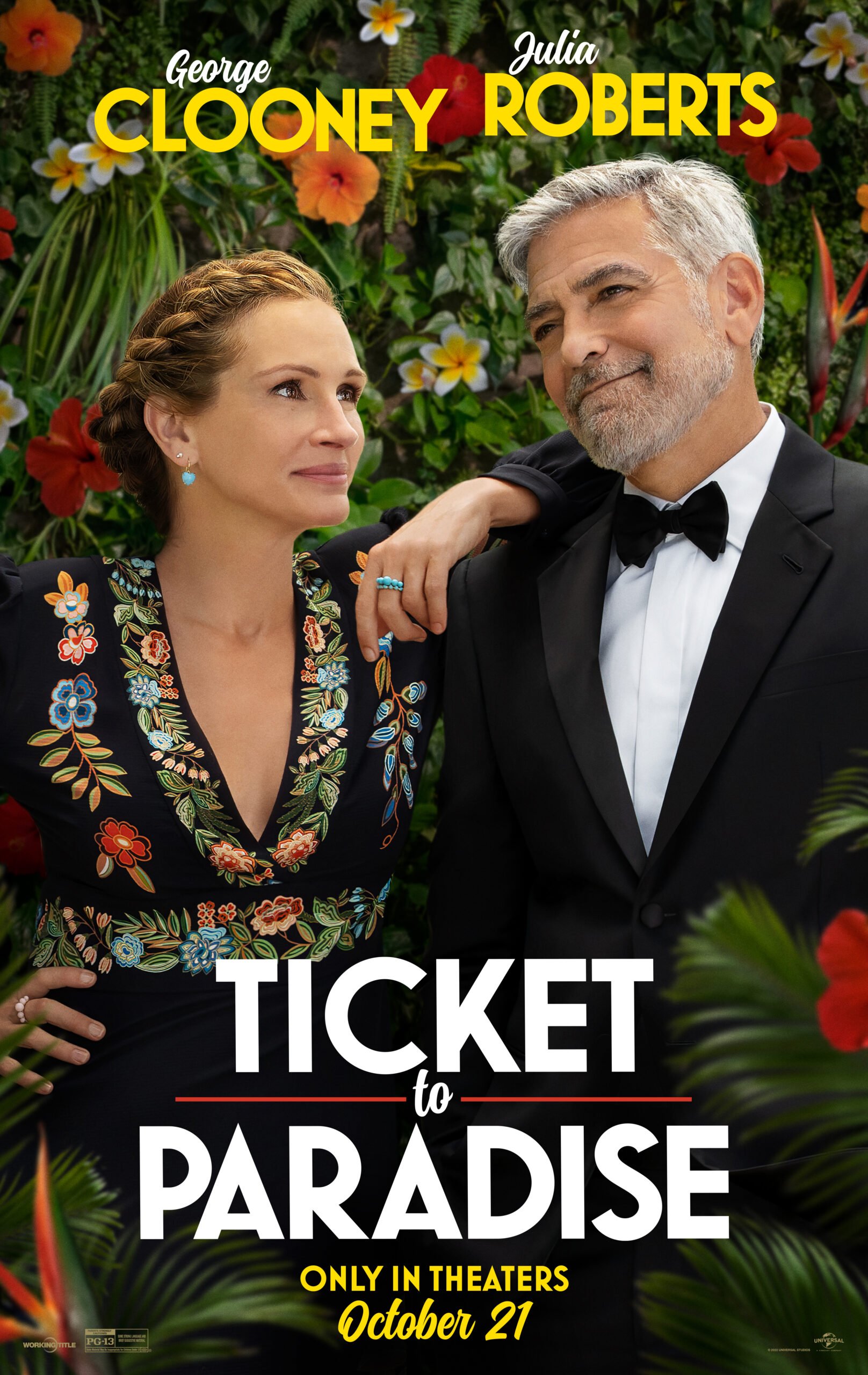