Danish-Iranian filmmaker Ali Abbasi’s grim and gritty thriller Holy Spider might be set in the not-too-distant past, but the form, content, and meaning of it all holds an extra layer of unease in light of current world events. Although Holy Spider covers the events surrounding a serial killer’s spree in early 2000s Iran, Abbasi’s film most frighteningly feels like it could be happening in the current moment without any deviation whatsoever. It’s a tough film to sit through, and not a terribly original one if you stop to think about it, but it’s well made, exceptionally performed, and eerily prescient.

Iranian female investigative journalist Rahimi (Zar Amir-Ebrahimi) has travelled to the city of Mashhad – a popular site of holy pilgrimages – to investigate a serial killer that preys on sex workers. Not only does Rahimi have to put up with the widespread sexism and underestimation inherent in such a devout, patriarchal society, but also a culture that sees these killings as somehow holy. The killer – a seemingly ordinary family man named Saeed (Medhi Bakestani) – certainly sees his murders as a “jihad against vice,” meaning that even if he does get caught, community support might end up setting him free, or worse, making him into a martyr.

Holy Spider comes from the Manhunter school of serial killer movie pacing and structure, cutting back and forth between the perspectives of its two primary characters. Half of the film follows Rahimi’s efforts to get to the bottom of the case; tracking down leads and speaking to witnesses the police have no interest in pursuing, even if it means putting herself directly in harm’s way. The other half focuses on Saeed’s methodology and the increasingly difficult task of keeping his mask of sanity from slipping, which is made worse by the fact that he has started calling one of Rahimi’s male colleagues (Arash Ashtiani) to brag about his killing. Rahimi is continually stymied by clerics and local officials who claim they don’t want to cause a panic, which only emboldens Saeed to commit more crimes without fear of prosecution, sometimes murdering women in his own home, right under the nose of his wife and children.

There’s a pervasive slickness to Holy Spider that’s part and parcel of the serial killer movie genre, but it feels regressive when one considers that Abbasi (Border) has shown so much potential and creativity in recent years that this smacks somewhat of a stab at crossover respectability. (And it might’ve worked when one considers that Abbasi has recently directed several episodes of the hotly anticipated HBO series The Last of Us.) It’s all very well done, told with great empathy for Rahimi and the killer’s victims, and boasting sometimes grotesque bursts of violence that never glamorizes a killer that was placed upon a pedestal by religious zealots. But still there’s a sense that Holy Spider could’ve been made by almost any other director in the same way. There’s no distinct authorial stamp on this, and that’s a little disappointing.

But it’s also undeniable that ex-pat Iranian Abbasi would have a passion for the material and a lived-in perspective to bring to this story that other filmmakers might not provide. With renewed talk about the Iranian morality police – something that’s brought up several times throughout the course of this film set twenty years prior – and the current state of human rights in the country, Holy Spider morphs into a period piece that comments on the modern era and just how depressingly little has changed.

That link to the present comes into sharper focus in the film’s second half, which is hard to talk about without spoiling one of Abbasi’s biggest plot developments. While it does take Holy Spider into a different direction and offers more pointed commentary on Iranian misogyny, the plot starts to fall apart. Things start to become overly simplified and convenient in ways the first half of the film avoided. There are some obvious logical questions to be asked about the escalation of events in the latter stages of Holy Spider, with only the performances and relevancy of the material keeping things from falling into a tailspin.

The biggest asset to Holy Spider is the tremendous leading performance from Ebrahimi, who picked up an acting award at Cannes for her efforts. Ebrahimi’s laser focused reporter is a perfect audience surrogate and counterpoint to the world around her. She’s vulnerable, but tough and undeterred. On one hand, it’s a great example of a character who says everything a viewer might be thinking while watching Holy Spider, but it’s a take on that genre trope told from a culturally unique perspective, and Ebrahimi delivers in powerful, thoughtful ways. Bakestani is also very effective as Rahimi’s cold, calculating, and increasingly delusional counterpoint.

When boiled down to its most basic essence, Holy Spider (which is Denmark’s selection for Best International Feature Oscar contention this year) is another serial killer tracking procedural, with a journalist taking the place of a detective. It might not be the kind of procedural that most western audiences are accustomed to or what they might be expecting, but there’s a familiarity to this that goes beyond its current cultural relevancy. It’s a good movie, but one that would’ve been lost in the shuffle if not for its setting and the fact that it was made by a filmmaker as skilled as Abbasi.

Holy Spider opens in Toronto at TIFF Bell Lightbox and in Montreal at Cineplex Quartier Latin and Cineplex Forum on Friday, November 18, 2022. 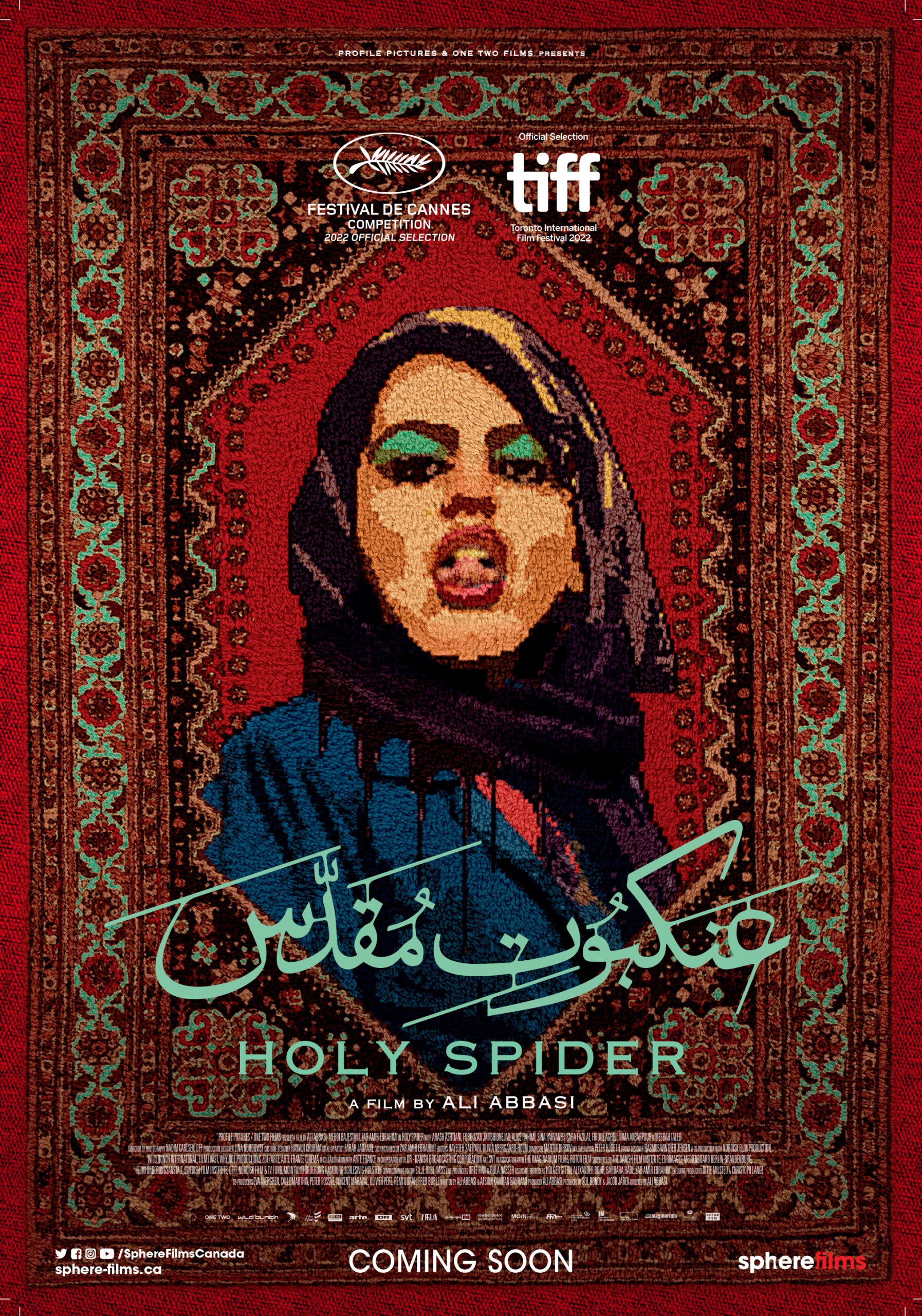