Glass Onion: A Knives Out Mystery review | Murder most fun 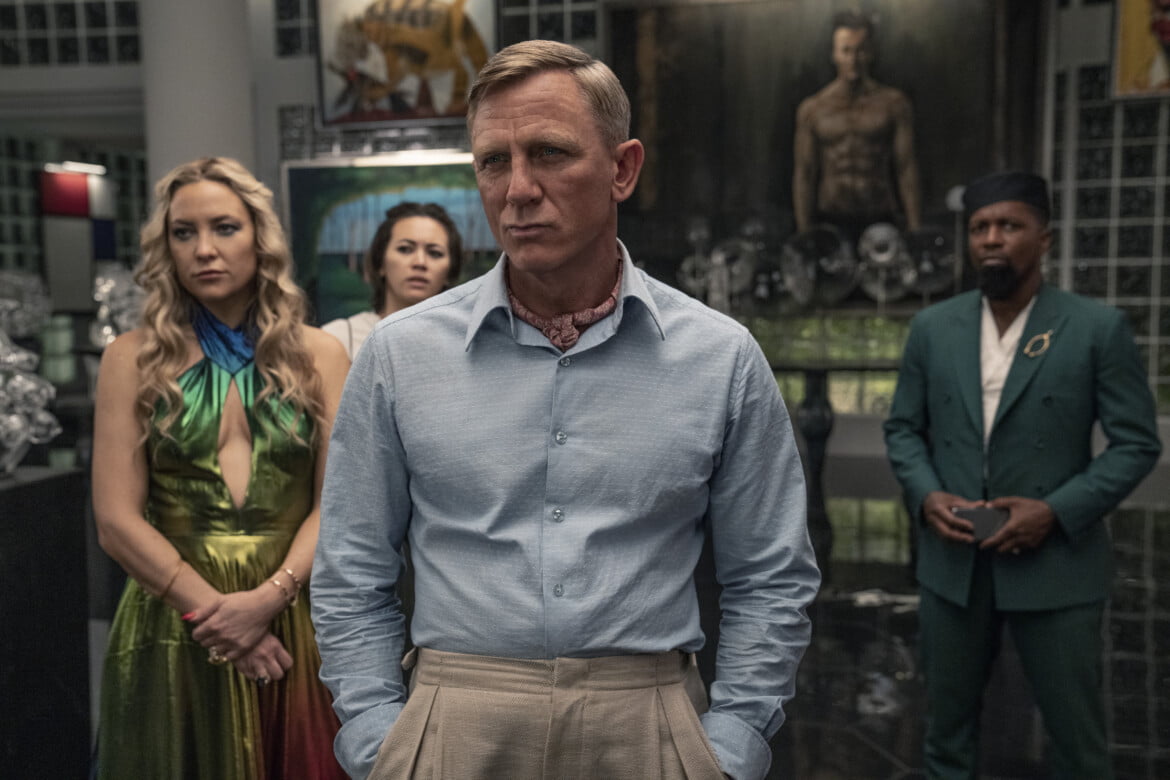 This has been a fantastic year for movies, and while I’ve had a tough time narrowing down my top 10 list, Glass Onion: A Knives Out Mystery is right near the top.

Writer and director Rian Johnson’s charismatic sequel to Knives Out launches into new territory with a mood that’s lighter, airier, and more upbeat, and the film runs with that right to the incredible ending.

Along the path of this murder mystery there are multiple villains, very few heroes, and punch-lines at every turn.

I saw the film first at the Toronto International Film Festival, and I haven’t laughed so hard, or enjoyed a film more in a theatre in years; even before the pandemic. When I saw the film a second time recently at the Los Angeles premiere, I really enjoyed the chance to watch for things I missed the first time, and watch for the audience’s reaction at each dramatic beat.

For a movie that’s so funny, it’s also impressively acted, and Janelle Monáe, Daniel Craig, and Kate Hudson in particular deserve serious recognition for their performances, but especially Monáe. Craig and Hudson are hilarious, but Monáe taps into the comedic timing, and the nuances of the character.

Glass Onion starts with a puzzle, as the illusive Miles Bron, played by the fantastic Edward Norton. He’s a super-tech billionaire who always invites his closest friends, “The Disruptors,” to a party every year. This time he’s sent them a puzzle box to solve, and inside is an invitation to a murder mystery on his private island.

Miles’ plan doesn’t go as expected when Detective Benoit Blanc, played by the great Daniel Craig once again, shows up on his private island. The arrival of the legendary detective seems like a win for Miles though, who invites him to crack the case, and then there are more surprises.

That’s about as far as I can tell you about without ruining several very fun layers to the story.

What I can say is that Glass Onion, much like the original film, has a lot of fun with the characters. Johnson has written fantastic roles, and the cast makes them a blast to watch. They’re all a bit prickly, judgmental, and ostentatious, but some of them do make you want to like them, and maybe even love them, despite everything.

While most of the characters follow some fun stereotypes, they’re still really hilarious and clever stereotypes.

Take Birdy Jay, for example. Kate Hudson has rarely been better than this dense former supermodel. She’s the life of the party, bold and kind of fearless, and she has the best chemistry with every character, even when she doesn’t quite understand what’s going on.

Dave Bautista and Madelyn Cline, as Duke and Whiskey, are a social media power couple trying to sell his special brand of “men’s rights,” while Jessica Henwick as Peg is the tired assistant trying to make sure Birdy doesn’t mess something else up.

And there’s Kathryn Hahn as Claire Debella, a state governor, and Leslie Odom Jr. as Lionel Toussaint, one of Miles’ very tired scientists.

However Monáe is the star of every scene she’s in as the quirky Andi, and she’s often at odds with just about everyone else. Craig and his swagger, his outlandish accent, and his top tier physical comedy lead the film, and he’s a big part of why I can’t wait to see more Knives Out sequels.

While I think the original Knives Out is a fantastic mystery, it is a bit dry and slightly more by the book, if you will. Glass Onion doesn’t feel like many other murder mysteries or comedies that I’ve ever seen before, and what I love is that it’s a hard film to pin down.

Is the film a comedy? Mostly, but it’s also cleverly dramatic, it’s a thriller, and it plays with the typical mystery format to make it more accessible, and modern. And even at 139 minutes, the film is snappy, and the story flies.

From a script standpoint alone, I think this might be Johnson’s best work, even next to the original, Star Wars: The Last Jedi, and Looper. The characters are so clever and fun, and it feels like Johnson was trying something new. He didn’t just write a sequel to Knives Out; he brought Blanc somewhere new entirely.

If you’re a fan of old school murder mysteries, you may still prefer the original Knives Out more than the sequel, but you’ll still have a great time. Glass Onion is definitely way more fun though, it’s quicker than the original, and more satisfying, especially with the finale.

And on top of everything else, I loved the cameos. I’m not going to ruin them, but the first 30 minutes have some great surprises.

Technically, Glass Onion is also a treat. I loved the music, the editing, costumes, art direction, and of course the cinematography. Expect to be dazzled with a big-screen adventure that demands to be seen on the biggest screen possible.

Glass Onion: A Knives Out Mystery is in select theatres now, and the film premieres on Netflix starting December 23.

Glass Onion: A Knives Out Mystery