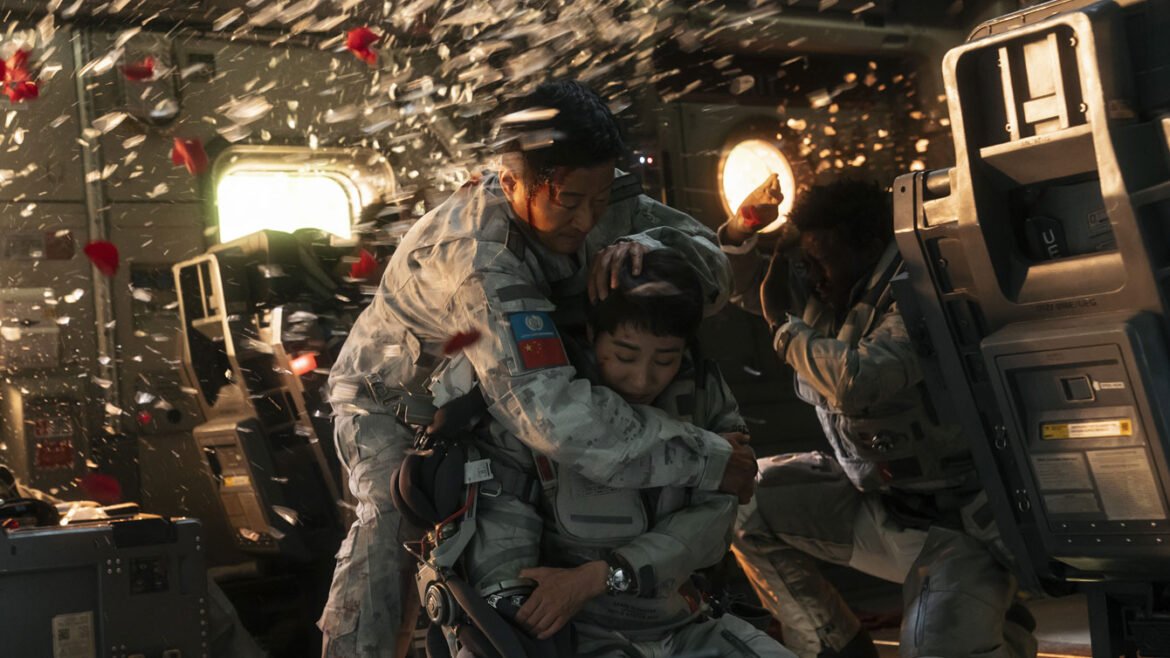 A rousing and bombastic bit of apocalyptic disaster movie goodness, Chinese director and co-writer Frant Gwo’s The Wandering Earth II delivers spectacle by the truckload. Arriving in theatres just in time for Chinese Lunar New Year celebrations, this follow-up to one of the highest grossing films in history (going by worldwide box office numbers) is actually a prequel set several decades prior to Gwo’s previous movie. And while its nearly three hour running time is a detriment to keeping momentum going, The Wandering Earth II is a marked improvement over what came before, striking a sweet spot between sensationalism and sentimentality.

The Wandering Earth II unfolds between the years of 2044 and 2065, ending roughly a decade before the first film starts. It tells overlapping stories all tied to the impending demise of Earth. In addition to the sun being on the verge of burning out, the moon is starting to disintegrate. Many cities are already disaster areas, but others are catastrophes waiting to happen. Underground cities have already been constructed to house people when the surface world becomes untenable, but they aren’t fully operational yet and would naturally only be temporary solutions. This forces those aligned with the Moving Mountain Project to accelerate their ambitious plans to craft millions of engines capable of transporting the planet Earth billions of lightyears away to a new solar system over the course of generations. The Moving Mountain Project finds itself at odds however, with believers in the Digital Life Project, scientists and people who believe that everyday life on Earth is a lost cause and humanity would be best preserved in a digital alternate reality.

The Wandering Earth II is a lot to take in, but it’s surprisingly easier to get wrapped up in than its predecessor, with this film filling in a lot of logical and narrative gaps to further build investment in what’s clearly a blossoming franchise. It’s no less ridiculous or patently unbelievable than its predecessor, but that’s part of the charm this time out, with Gwo and company launching headlong into some spectacular action sequences straight out of the gate that are nothing short of jaw dropping in terms of scope and ambition. There’s a bit involving a 90,000 kilometre elevator connecting Earth and space, people trying to outrun solar winds on the moon, and even an extended action sequence devoted to – of all things – rebooting all of the world’s internet service. All of it requires a very healthy suspension of disbelief, but also less annoying than many of its disaster movie counterparts. 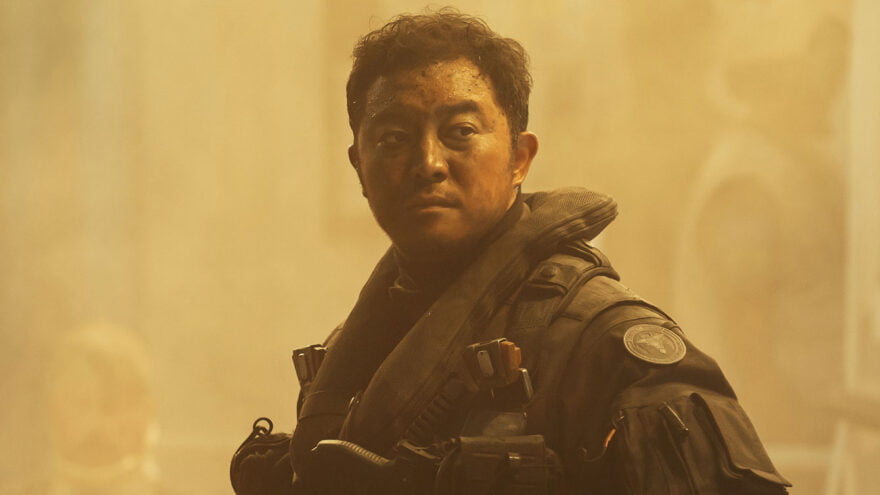 There’s plenty of fight scenes, shootouts, dogfights, technobabbling, diplomatic squabbling, and lots of moments where things blow up nice and loud. It’s the bread and butter of the genre, and Gwo embraces that chaos wholeheartedly this time out. It’s all a nice distraction from the overstuffed stories that comprise the actual plot of The Wandering Earth II, which offer up many threads that won’t be fully tied off by the end. There’s a sweet, but corny meet-cute romance between a couple of astronauts that keeps changing in unexpected ways across the film’s time period, a pair of once friendly computer scientists whose partnership has fractured as a result of unimaginable loss and grief, there’s the world leader who has the utmost confidence that China will be able to get the job done when all others seem to doubt them; pretty much storylines one would expect.

With The Wandering Earth II being a very proud and mega-budgeted Chinese production, the heightened sense of nationalism is to be expected, but it’s not too far removed from what beloved blockbusters like Top Gun: Maverick and RRR were doing last year. China is easily the most capable and level headed nation to exist in the world of The Wandering Earth II, and there are plenty of shots taken at other global superpowers coming from its home country’s unique perspective on global affairs. Most (but not all) Americans talk a good game, but are basically cowards who either give up when things get tough or won’t stop shouting. Russians are strong allies who are prone to taking things way too far. The Brits are ruled by a Boris Johnson styled dumb-dumb who seems completely out to lunch. The French come across really great here for some reason. None of this is terribly interesting or surprising, but I’m sure it will get some people talking just the same.

The bigger problem than jingoism with The Wandering Earth II is the running time. The first hour is an outstanding thrill ride, and the final hour is a multi-faceted race against time that works very well. But the middle hour, which predominantly revolves around humanity’s relationship and reliance on technology to solve all its problems, drags mightily. The cliched melodrama is hard to hide during this section of the film, but the performances and Gwo’s sense of style help to elevate things during the slower parts.

But really, the story is worth muddling through in order to get to the great stuff, which is made to be watched on the biggest screen possible. It’s pure, unfiltered escapism made with a great deal of craft and effort during an age where a lot of these movies tend to offer up little in the way of ingenuity. The plot elements in The Wandering Earth II aren’t much to write home about, but the action sequences are wildly original, underlined by the sort of unsubtle metaphors and relentless foreshadowing that make the disaster genre such a blast for moviegoers. It will be interesting to see where Gwo and company head from here, but The Wandering Earth II suggests they’re on the right trajectory. 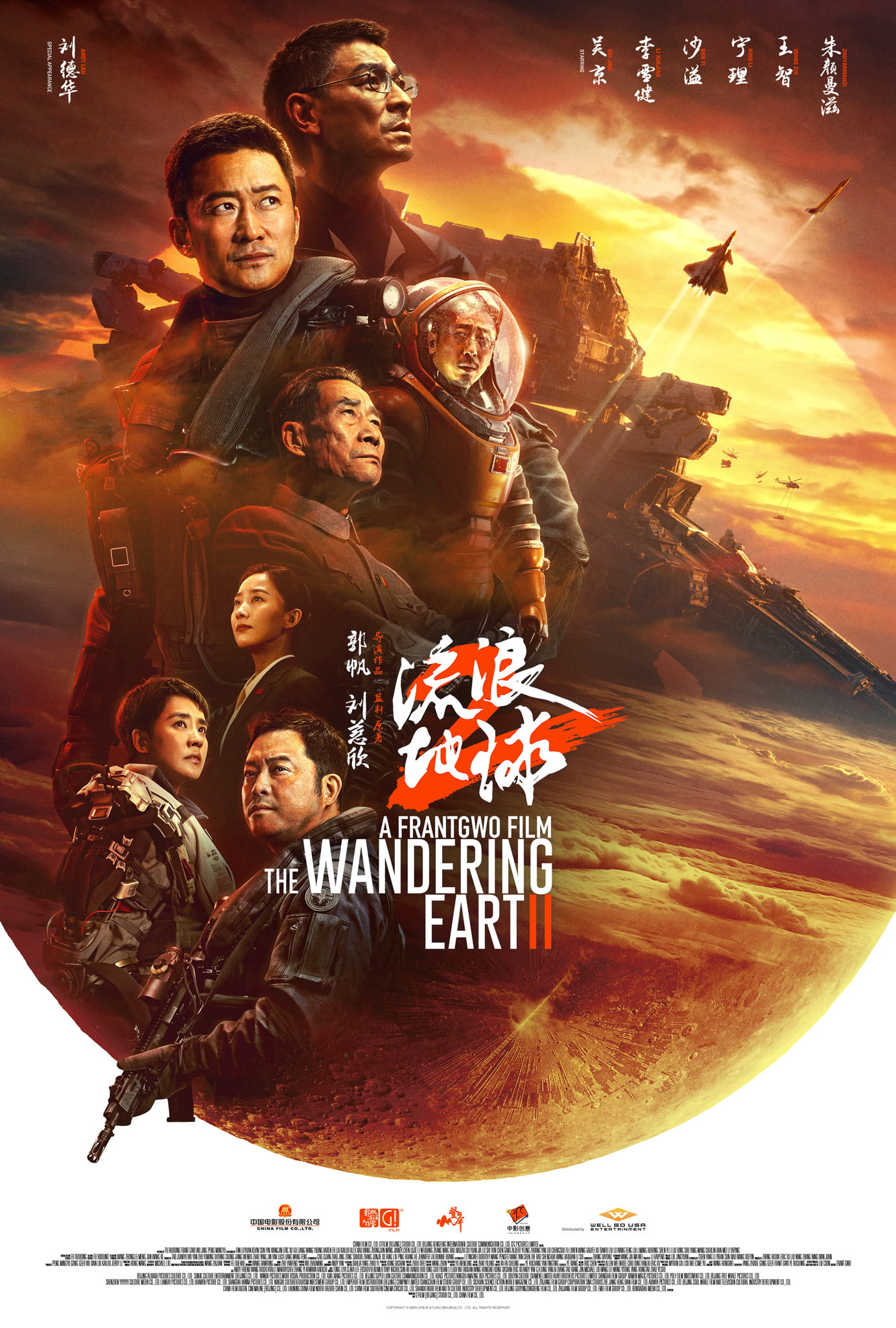