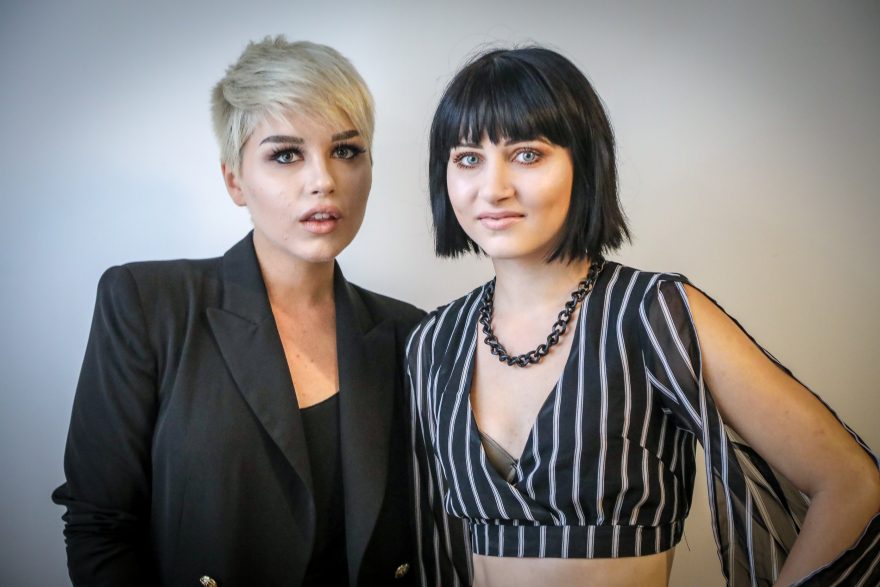 Sarah and Charlotte Command, better known as the Command Sisters, have been performing since they were kids, and as their skills evolve, their sound has changed too. Earlier this fall the duo sat down with me to talk about their new music, touring, and their influences.

The Command Sisters grew up in Alberta, and started performing when they were young, learning guitar, mandolin and piano, and then performing whenever they had the chance. To date they’ve already played a number of major venues around the world, from Nashville’s Blue Bird Café, to an MTV private movie awards event.

After releasing their new single “Low Profile”, available on Spotify and iTunes, the duo are looking to the future, and planning a full album next.

When I asked them about their influences, they suggested they had always been interested in diverse artists, but that had helped shape their sound.

“I think we both have very different influences, which is what helps us write the style that we do–by having that Yin and Yang,” Sarah said.

“For me I would say [I’m influenced by] a lot of famous songwriters, like Joni Mitchell, Bob Dylon,” Charlotte said. “I take inspiration lyrically from those kinds of artists.”

“I really like music that makes you want to dance, and feel better,” Sarah continued, counting Hall & Oates as one of her all-time favorite bands, among a number of current artists and performers.

“With each album, and each release, I want to do something that’s a little bit different from the past,” Charlotte added.

Watch the interview below, and scroll down to hear “Low Profile” on Spotify.