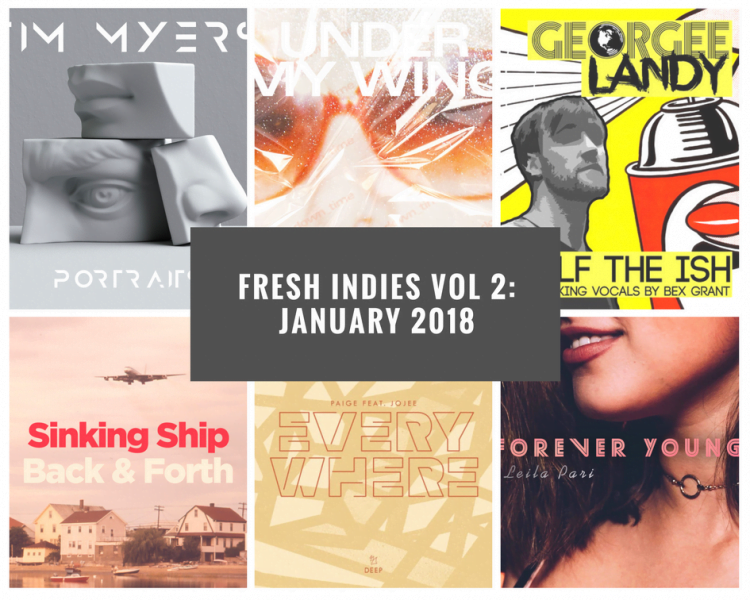 Later this year, Tim Myers will debut his album, Portraits, but until then he’s released the catchy, upbeat “Mother” that tugs on your ears, and your heart strings, with lyrics that match the fantastic beat every step of the way. American Idol winner Phillip Phillips worked with Myers on the track as a co-writer and a backup singer, and the track shows off their skills at creating casually electric music that demands multiple repeat listens.

Mysers is a multi-hyphenate talent, with over 500 contributions to film, TV, and commercials, and he’s also one of the founding members of OneRepublic. Portraits is the artist’s first step into the limelight as a solo artist, and will feature brand new tracks that mix his heartfelt songwriting and vocals with bright pop arrangements.

“My wife is a mother to our two kids, and with my personal experiences with my own mom and Phillips’ mom, it felt like an easy one to write and feel a real connection,” Myers said.

Young Galaxy – “Under My Wing”

Montreal’s Young Galaxy have a magical way of crafting electro-pop tracks that are dream-like, and transportive. For their first independent album, Down Time, Young Galaxy are calling the style “punk spirit” and that shows in the debut single, which bristles with static charge, even as it soothes and lulls you under layers of sound.

Young Galaxy planned the new independent album around the idea of reinvention; starting their own label and experimenting with their sound. For the single, the band said, “it’s a song that sleeps during the day and walks the empty streets at night. It’s about the failure of capitalism, the isolation of suburbia, and the drive to discover sensuality, connection, and a spark of life in the face of despair.”

Georgee Landy – “Half The Ish”

Smooth-talker and newcomer Georgee Landy grew up in Camden, England, and it’s that sub-culture that has influenced his musical style the most, he says. His street poetry and soulful style are both on full display in his single “Half The Ish”, which he says takes on the impact of relationships and melancholy through the veil of reality being redefined.

The track is beautifully simple, but rich and lush, and Landy’s lyrics are catchy, and feel firmly planted on the streets of London, while still feeling worldly. He’s a talent I’ll be following, and I can’t wait to hear what comes next for the young artist.

Austin’s Wild Child are set to release their new album, Expectations, on February 9, and until then they have the stirring single “Sinking Ship”, which is bound to make you ready to hear what comes next for the band.

The song is carried and lifted by lead singer Kelsey Wilson’s beautiful, wistful vocals. Wilson’s sweet, folk-ish voice is angelic, and just a little sad, which is exactly what makes “Sinking Ship” so powerful. The song will draw you in the more you listen, and the lyrics are rich and thoughtful. The bass of the heartbeat, as the song draws to an end, is soothing, and just a little intense, like the feelings Wilson is singing about.

I also love the band’s upbeat single “Back & Forth”, which you need to check out while you’re giving Wild Child a listen.

DJ and producer Paige has been collaborating and working with big-name artists for the last two years, and gained attention in 2015 for his sunny remixes of tracks like Men At Work’s “Land Down Under”, which earned 8 million plays worldwide. Paige also has a new “Sunset House” mix-series, and you can expect much more from him throughout 2018.

Singer and songwriter Leila Pari released her second single “Forever Young” ahead of her debut EP, and it’s a radio-ready hit-in-the-making. Pari’s vocals ground the track early on, with wonderful charm, before taking flight on the chorus.

The former Adidas model, and social media star, said the song was about a night in her life last year, and it “captures everything my heart wants to say about falling in love & I hope to find that kind of love again.”

Dana Williams – “There You Go”

I couldn’t think of a better song to finish off this week’s Indie features than Dana Williams’ “There You Go”, a sweet ballad that stands out not just because it’s so simple, but because Williams’ vocals are powerfully sweet and velvety.

Written by Dana and Harlan Silverman, the song is a little different from Williams’ usual more soulful offerings, and you may even recognize her for her starring role in Apple’s 2014 Christmas ad, which she also co-produced with the great T. Bone Burnett. Williams also created the only original composition in the movie Whiplash, “Keep Me Waiting”, to name just a couple of her recent works.