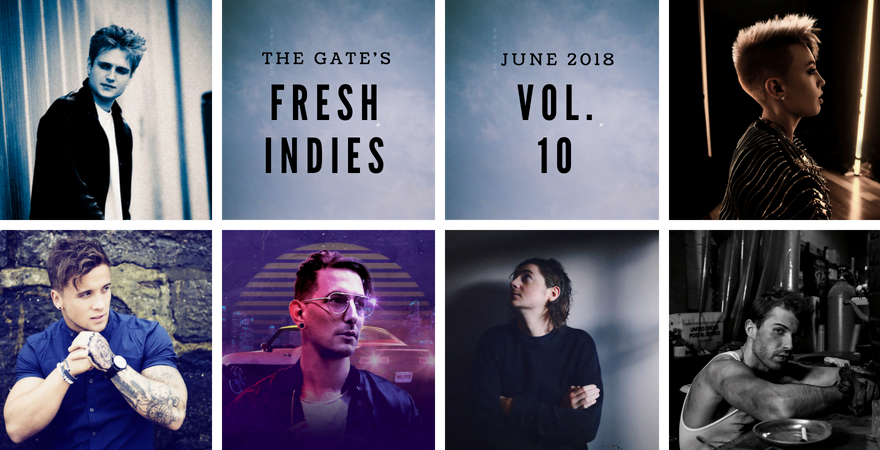 A self-proclaimed “music nerd”, Dez Money is the son of one and only rock legend, Eddie Money, and his father’s influence shows in the artist’s effortless style. Dez Money’s “Look What You’ve Done” is lyrically and sonically a gorgeous track; moody and eloquent, and with a beat, and a heart, that is right on the artist’s sleeve. The track blends old-school rock with modern pop and arrives off his EP, Take Me Down.

Money is preparing to release new music later this year, but until then, “Look What You’ve Done” is a sonic force that fills the ears and the soul. Money is producing and writing his second album, and diving into the business side of the music industry on his road to the next, great sound.

Yaysh is one of the most original voices that I’ve heard all year, and I’m completely addicted to her sound and style. “Go 4 Miles” is a stylistically challenging electro pop track that is wonderfully smooth, joyous, and influenced by a range of styles, from hints of old-school R&B to modern hip hop.

“A song about that real love,” Yaysh said of the track. “Ethereal and earthly combined. Heaven and human.” It’s sexy, and airy, but it’s also grounded by the singer’s hypnotic vocals.

The Colorado artist describes herself as, “If Kanye West and Adele had a baby… I would be that baby.. and Drake would be my cousin,” but she also follows Shambhala Buddhism and she’s an LGBTQ advocate. Yaysh works with producer Troy “R8dio” Johnson, known for his work with Solange, Chris Brown, and Why Don’t We.

“Say Something” is a summer-hit in the making. The track from London singer and songwriter Sam Callahan is confidant, fresh, and upbeat, and it’s driven by the artist’s very impressive vocals. Callahan’s single is crisp and sounds like a radio hit, or patio sing-along sessions, and the feel-good track shows off the singer’s confidant, enthusiastic voice. It’s also easy to expect that we’re going to hear a lot more from the talented musician.

Callahan rose to fame with The X Factor in 2013, where he finished in 6th place, and followed it with his debut single “Burns Like Fire”, which he mastered at Abbey Road Studios in London. He premiered “Say Something” on BBC Introducing, and just finished a tour in England and Canada, with a number of festival gigs coming up later this year.

Speaking about the single, the artist said, “after spending years creating and nurturing your true sound as an artist, there comes a time where it begins to just come naturally to you, something from the heart that works for you and your own personality. ‘Say Something’ was the first heave into a sound that is reflective of myself as an artist, and expressive of my own messages.”

“Gold Wings” has a deceptively quiet opening, that leads you into the over-the-top electro pop song’s heart, thanks to Krewella’s beautiful vocals, before the drop and Shaun Frank’s electric overtures. Krewella’s vocals are perfect alongside Frank’s heart-pounding beats, and it’s a single that was made for summer dance floors. Synth heavy, focus, and laser-beam precision fuse for a rich production.

Shaun Frank and Krewella toured together in 2017, for their New World Tour, and “Gold Wings” is their latest collab on Ultra Music. Frank is otherwise known for his work co-writing with The Chainsmokers, and supporting the group for their tour last year. The artist’s four previous hits, including “No Future,” “Addicted” and the most recent “Tokyo Nights” have earned the artist major attention over the last few months.

“Come Follow Me Down” sounds like the title track for HBO’s latest drama. George Taylor‘s brooding, visceral single is rich and earthy, and the vocals give me the chills with some of the best lyrics I’ve heard in weeks. Taylor’s voice rises above the booming beat–a bit angelic at times–with a bluesy sass one minute, followed by a devilish smirk on his voice the next.

It’s an incredibly rich track, and you may even be a little shocked to learn that Taylor is from London, England, since the track sounds like a song rooted in America’s south.

“Resurrect Me” is rootsy and a little ragged. It’s a rock song that sounds like an anthem, with a muddy heart, and Skrizzly Adams leads the song’s triumphant sound in a rallying cry. The twang of his voice is infectious, with a balance of rock and blues styling that stands out, and the arrangement had me wanting to sing along from the start.

Skrizzly Adams is Daniel Zavaro, an independent singer and songwriter with millions of streams to date, who has played touring partner to the likes of Elle King and Lissie.