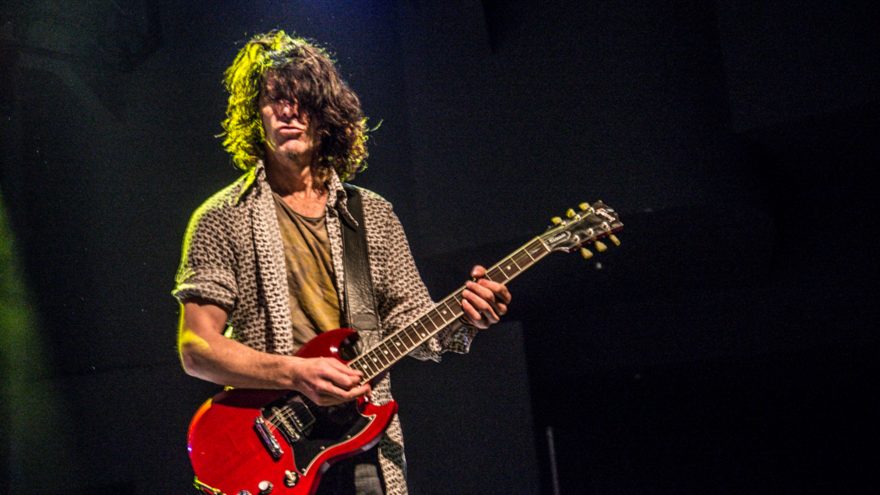 Eric Schenkman became famous with the Spin Doctors, as the band’s guitarist and a vocalist, but for close to 10 years now he’s been playing the blues in Toronto, and his latest single, “Salvation (Lincoln’s Feat)”, feels like it comes right from the streets that inspired the track.

From his upcoming album, Who Shot John?, the track shows off his incredible guitar skills, as well as his songwriting. Since the days of the Spin Doctors, Schenkman has worked with the likes of Chico Hamilton, Carly Simon, Natalie Merchant, Noel Redding, Phoebe Snow, and Corky Laing.

“I’ve been playing the Ontario blues circuit for about a decade,” he said. “I have this long history as a guitarist in relationship to the blues up here in Canada. And I’ve been writing songs in a couple of different idioms. So Who Shot John? comes from a convergence of my three worlds–vocals, guitar and songwriting. It’s about my life. Where I’m at now.”

“When you struggle through life you end up expressing yourself about it. And that’s when music happens. These songs are my expression of what is happening around me, really around all of us, right now.”

Schenkman’s new album, Who Shot John? arrives on October 26. Watch the video for “Salvation (Lincoln’s Feat)”, stream more of his music on Spotify, visit his website for tour dates, and follow him on Facebook and Instagram.