Watch: Tetrix’s “Every House Has A Light On” 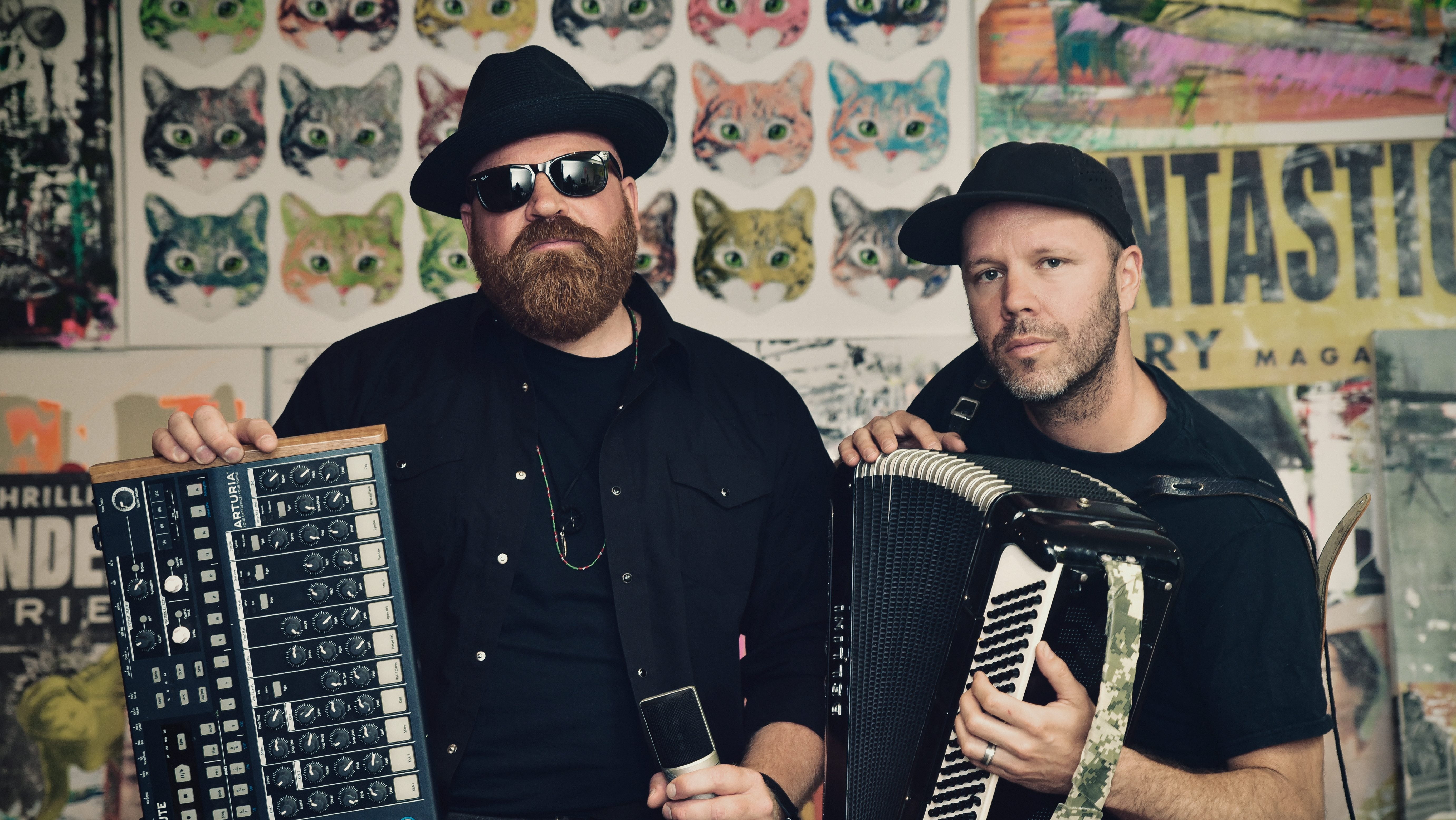 Psych-country has arrived, and it’s perfectly trippy, intriguing, and like nothing you’ve heard before.

Calgary duo Tetrix–Connor Gottfried and Neil Pockett–released their new single “Every House Has A Light On” in September and it blends styles and sounds in a totally genre-bending way.

Gottfried is one of Calgary’s Top 40 Under 40, and mixes Tetrix’s music. Over the last 18 years, Tetrix have released 16 albums of avant-garde experimental improv music, they’ve been featured in numerous international music magazines, toured Europe, and had their music featured in a Belgium film.

“We’ve been using a fully-improvised process throughout our time as a band and find it produces fresh interesting patterns and novel changes,” Gottfried said. “For this album, we primarily used that vintage Italian accordion and an Arturia Drumbrute, along with various hardware synthesizers and effects processors–including a vocoder to introduce de-pitching noise effects on the vocal tracks.”

“Our aim was to try and bring the beauty of the classic country chord progressions and the rich tonality of the accordion into the context of 21st century electronic music.”

“Both Neil and I were born and raised in the prairies and this album fuses that influence back into the progressive sounds we’ve been working with for the last 20 years,” Gottfried added.

Listen to “Every House Has A Light On” and more by Tetrix on iTunes and Amazon.