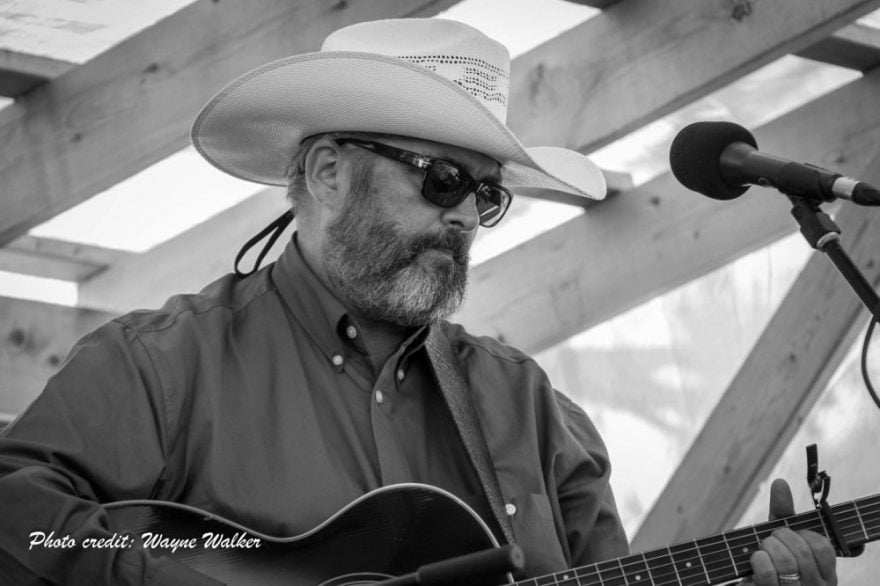 Catahoula Brown’s “Boat in a Bottle” is the impressive work of an artist who has honed his style over the years, knows what he wants to say, and can express himself in broad and beautiful strokes of songwriting.

Singer and songwriter Chris Robert Weagle is the artist behind Catahoula Brown, and he picked the name because of the legendary blues artists who came before him.

“I have a Catahoula dog, and he’s mostly brown, and besides, a lot of the early Blues artists had aliases; Muddy Waters, Howlin’ Wolf, Hound Dog Taylor, and some of my early songs were influenced by those artists.”

Brown started writing music when he was a teenager, but he didn’t actually get up and perform in front of an audience until he was married and raising a family, during a local songwriter night in his hometown of Bridgewater, Nova Scotia. “I remember being so nervous,” he said. “I couldn’t even look at the audience. I just kept my eyes closed.”

For the next few years he continued performing at open mics and songwriter nights until he met Blues artist Guy Davis. “I was mesmerized by his story-telling and his showmanship. I thought to myself, ‘I want to be like him.’ It was then that I decided I would not just be another ‘singer-songwriter, I would be a ‘Blues-Man’ and I would wear a fedora hat and dark sunglasses so I couldn’t see the audience.”

He recorded his first album at the age of 44, Cur Dog Blues, followed up by his 2007 release, Let That Boy Boogie, and the folk album Lonely Lives Here in 2010 with guests Matt Andersen and Irish Mythen.

During his career, Brown has opened for a wide range of iconic singers, from Bonnie Raitt, James Cotten, and Kenny Wayne Sheppard, to Shemeika Copeland and Jimmie Vaughn.

Catahoula Brown’s new album, The Journey, is out now through Maritimes Music.