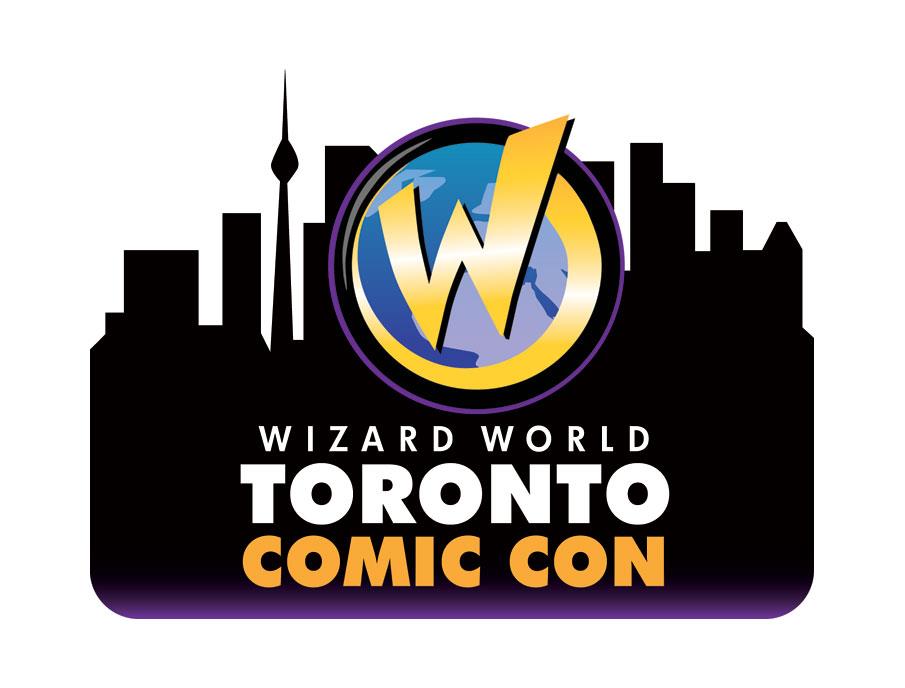 The two-day event will feature sessions and meet-and-greets with dozens of celebrity guests, including: Scott Bakula and Dean Stockwell, the stars of the hit series Quantum Leap; the cast of the North American version of Being Human–namely Sam Witwer, Sam Huntington and Meaghan Rath; plus Jeri Ryan, Paul Wesley, Amy Acker, Colin Ferguson, Sean Maher, Jeremy Bulloch, and numerous artists.

In addition, the event includes parties, screenings, and other special programming and exhibits, like a recreation of The Cabin in the Woods set courtesy of Alliance Films.

View the full event schedule at www.wizardworldcomiccon.com, or scroll below for highlights from the schedule. (Please note, the schedule may change without notice, so check with Wizard World for complete details.)

Otherwise, stay tuned for video interviews from the Toronto Comic Con, plus photos and more, or follow us on Twitter for live coverage from the event.

12:00 – 12:45PM
COLIN FERGUSON Q&A
Actor Colin Ferguson makes his Wizard World debut at Toronto Comic Con, and will take to the stage to spill on his days as Sheriff Jack Carter on the wildly popular Syfy series “Eureka.” (ROOM B)

1:00 – 1:45PM
CHALK TALK WITH MIKE DEODATO JR.
Don’t miss the chance to learn from superstar artist Mike Deodato Jr. (The Amazing Spider-Man; Wonder Woman) in a special workshop where he will share the tricks and tips behind some of his best works. Moderated and abetted by Glass House Graphics artist agency’s CEO David Campiti, who will also do portfolio reviews all weekend for their 2012 talent hunt! (ROOM A)

2:00 – 2:45PM
BEING HUMAN PANEL
Sam Huntington (“Cavemen”; Superman Returns), Sam Witwer (“Smallville”; “Battlestar Galactica”) and Meaghan Rath (“The Assistants”) reunite to dish on their on-screen double lives, and all of the shenanigans that go on behind-the-scenes of their Syfy series “Being Human.” Moderated by SPACE TV’s Teddy Wilson. (ROOM A)

3:00 – 3:45PM
VAMPIRE DIARIES Q&A
Paul Wesley’s fame reached new heights with his role as Stefan Salvatore on the breakout series “The Vampire Diaries.” Don’t miss his Wizard World Comic Con debut with wife and co-star Torrey Devitto (Dr. Meredith Fell), where they will share their favorite moments from the show at the core of America’s vampire obsession. (ROOM A)

4:00 – 4:45PM
JERI RYAN Q&A
With a résumé that includes impressive roles including Seven of Nine on “Star Trek: Voyager,” Ronnie Cooke on “Boston Public,” or her newest role as Kate Murphy on “Body of Proof,” Ryan talks to fans about her extensive career, ups and downs in the industry and her thoughts on the new generation of sci-fi and fantasy on television. (ROOM A)

5:00 – 7:00PM
THE LAST STARFIGHTER SCREENING – WITH CATHERINE MARY STEWART AND LANCE GUEST
Lance Guest and Catherine Mary Stewart host a special screening of the 1984 sci-fi adventure film The Last Starfighter, where Lance Guest stars as Alex Rogan, an average teenage boy that runs away from his family and girlfriend (Stewart) after he is recruited by an alien defense force to fight an interstellar war. (ROOM A)

7:00 – 9:00PM
ADULT COSTUME CONTEST
Get your best costume together and come on down to Wizard World’s Toronto Comic Con costume contest for fun prizes and some of the craziest outfits you’ll see this weekend! (ROOM A)

8:00 – 10:00PM
WIZARD WORLD TORONTO DRINK AND DRAW AND PRE-AFTER PARTY
After the costume contest the party continues when we take over The Loose Moose Tap & Grill for a night of fun and entertainment. Don’t miss your chance to hang out with some of your favorite artists at the official Wizard World Drink and Draw, hosted by Tommy Castillo! Or try a round of karaoke, the trivia challenge, or dance the night away to a mix of your favorite music. Free admission with show wristband. Must be 19+ to enter. (The Loose Moose Tap & Grill – 146 Front Street West – Lower Level)

10:00PM
BURNOREXIA
Don’t miss the official Wizard World after party and fundraiser Burnorexia, with 6 DJ’s, 2 fire shows and 2 levels of art vendors! The lineup includes ARC, Freedom Danish, RoLo, T-minus, Warmuffin and JD Mack, with a stage show by IlluminAir Entertainment and a LIVE Performance by EBM Act ‘Crystalline Decline.’ Reduced admission of $10 with a Wizard World Comic Con wristband ($20 without), with 100% of profits being pledged to Toronto Art projects heading to Black Rock City. Must be 19+ to enter. (The Opera House – 735 Queen St. East)

12:00 – 12:45PM
QUANTUM LEAP REUNION WITH SCOTT BAKULA AND DEAN STOCKWELL
Scott Bakula and Dean Stockwell reunite for a very special appearance at Toronto Comic Con. The two will take a leap back in time to dish on their days as Dr. Sam Beckett and Admiral Al Calavicci on the hit show “Quantum Leap.” Moderated by Electric Playground’s Shaun Hatton.(ROOM A)

1:00 – 1:45PM
SEAN MAHER Q&A
Sean Maher — better known to Whedonites as Simon Tam on the sci-fi series “Firefly” and its spin-off movie Serenity – is sure to keep you laughing when he shares the stories behind how his jump into Whedonverse has forever changed life as he once knew it. (ROOM B)

2:00 – 2:45PM
AMY ACKER Q&A
With leading roles in shows such as “Angel,” “Alias” and “Dollhouse,” it’s no wonder why Amy Acker has become a fan favorite. Acker sits down to talk to fans about her favorite career roles, including her newest in the highly anticipated Whedon film The Cabin in the Woods. (ROOM A)

* Seating for panels is strictly limited and available on a first come, first served basis. Each room will be cleared between panels.