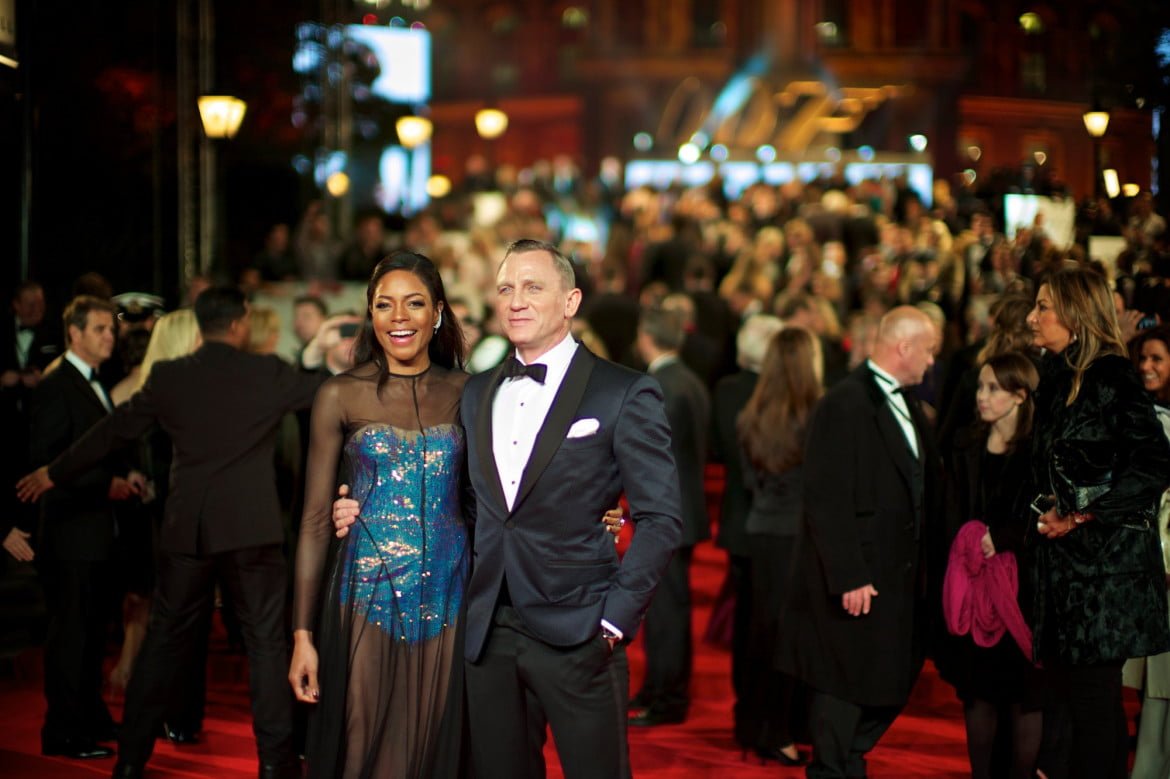 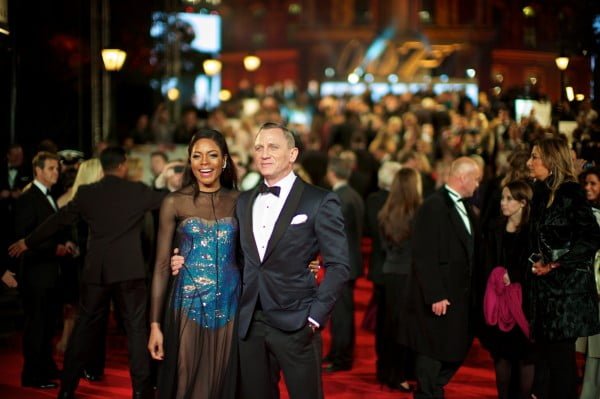 Lazy Friday News is a weekly round-up of stories from across the spectrum of entertainment, or whatever happens to tickle my funny bone. This week: the force is strong in the new James Bond film, Skyfall; Star Wars is being shaken and stirred back into a viable franchise; Star Trek fans can get a glimpse of nine minutes of spacey bliss; Channing Tatum is attractive, or something; we bid goodbye to the voice of Smurfette; plus Justin Bieber and Selena Gomez are never ever getting back together?

JAMES BOND BY THE NUMBERS: Skyfall has been hailed as one of the best Bond films ever made, and after last weekend’s North American debut, it also claimed the biggest Bond movie opening ever with $87.8 million in ticket sales.

After the disaster that was Quantum of Solace, this is particularly amazing, but there is even Oscar buzz for Skyfall, and if you count the massive overseas market, the film had already landed $518.6 million in sales as of last weekend.

Personally, I still think the Casino Royale is the better Bond film, but there is simply no denying that Skyfall deserves every penny.

On the same Bond theme, if you have ever wondered just how many women 007 has hooked up with, and where he hooked up with them, TinyMaster’s “Nyphographic” answers all your questions and more.

Over 22 films, James Bond has definitely been with 53 women, but the implied total is actually 75, and most of those encounters weren’t even in bed. Not bad for a 50-year-old.

UNKILLABLE STAR WARS: Thanks to the new deal that sees Lucasfilm being bought out by Walt Disney, it is quickly becoming apparent that we’re going to be seeing a lot of Star Wars over the next several years.

Based on announcements over the last two weeks, Star Wars Episode VII will be written by Toy Story 3 and Little Miss Sunshine screenwriter Michael Arndt, Darth Vader may somehow rise again, and they could end up pumping out “two or three” Star Wars movies every year, if George Lucas’ successor Kathleen Kennedy is to be believed.

The important thing to note is that the last point reflects the scope of the kind of Star Wars universe Disney is apparently aiming to create. The idea seems to be to create multiple storylines in this universe, which may be presented different (like action versus animated films, as an example), but the problem is how well these will all be handled.

While the idea could lead to something that will rival Marvel’s new hero dominance, the larger likelihood is that the entire franchise is just going to implode under the weight of toys and the further zombiefied corpse of Darth Vader.

NINE MINUTES IN SPACE: If you’re planning on catching The Hobbit: An Unexpected Journey in IMAX 3D on December 14, you may also luck out with the first nine minutes of J.J. Abrams’ new Star Trek film, Star Trek Into Darkness.

Paramount Pictures has revealed the details, saying that the preview will unspool on 500 IMAX 3D screens, which is months ahead of the film’s release date in May.

Since several key scenes were filmed on IMAX cameras, and will be elusively shown on IMAX screens, this debut is a natural fit, it’s just a very early debut for a film that will likely leave Star Trek fans dying for the full release date.

CHANNING TATUM YADDA, YADDA, YADDA: People Magazine has named actor Channing Tatum the Sexiest Man Alive for the year, and the interwebs are aflutter with joy and scorn alike.

I am sure that stripper movie had nothing to do with Tatum winning this title.

GOOD NIGHT SMURFETTE: On a sadder note this week, actress Lucille Bliss, the woman behind the voice of The Smurfs‘ Smurfette, passed away at the age of 96.

Bliss also voiced many other characters, including a series called Crusader Rabbit, Anastasia in Disney’s Cinderella, and she was even the original voice of Elroy in The Jetsons.

Read her incredible story on the LATimes.com.

CELEBRITY LOVE: Last, and yes, least of all, Justin Bieber has stated to sources that he is not giving up on his now ex-girlfriend Selena Gomez.

TMZ is reporting that Justin is not seeing anyone else, despite the photos of the singer with a Victoria’s Secret model, and he’s eager to patch things up.

Now if only I cared at all what these two rich twits were doing with their lives. Perhaps some of their fans can care a little extra for me.