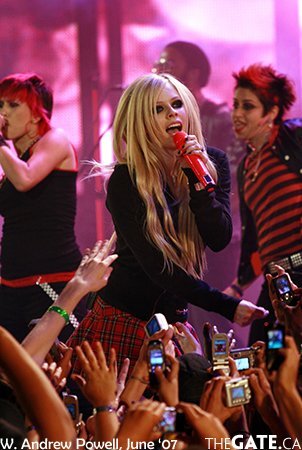 The corner of Queen & John got pretty steamy last night and it had very little to do with the sun, and a lot more to do with the thousands of fans who showed up to catch a glimpse of their favorite stars at the 2007 MuchMusic Video Awards. From Canada’s own Avril Lavigne and Billy Talent to International stars like Joss Stone, Hilary Duff, and Tara Reid, there was no shortage of celebrities on hand to wow the crowd, or the fans watching at home.

While a total of 18 awards were up for grabs, Billy Talent was the only stand-out winner for the night with a total of 3 awards including Peoples’ Choice: Favourite Canadian Group, Best Video, and MuchLOUD Best Rock Video. My Chemical Romance, who didn’t make it to the show, came in a close second with two awards – one for Peoples’ Choice: Favourite International Group and the other for Best International Video – Group.

But while the MMVAs are a chance for the stars to pick up a few awards, the fans are really there for the performances, and as always there were some big ones this year. Fergie started the night out with her hit “Fergilious”, finger eleven opened up Much’s new rooftop stage with the single “Paralyzer”, and Avril Lavigne closed the show with “Girlfriend”. 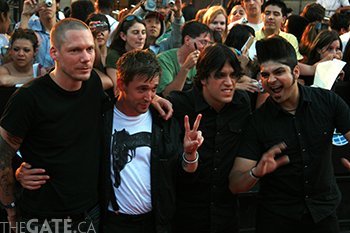 Backstage the invited guests partied the night away, and the stars mingled, checked out the gift lounge, and met with the press.

You can check out highlights from the show over at MuchAXS on MuchMusic’s website, www.muchmusic.com, or keep an eye on MuchMusic itself for rebroadcasts of the show.

Stay tuned to The GATE for more photos from the 2007 MMVAs, including on the red carpet, in the press room, and on stage. Plus we’ll have a backstage account of what happened at this year’s event. 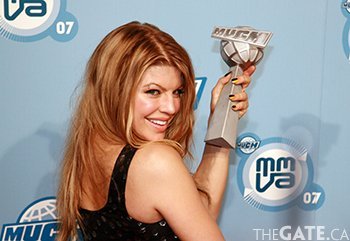 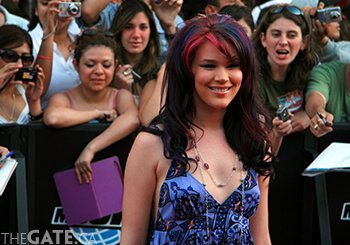