Genesis ‘Turn It On Again’ for love of the show 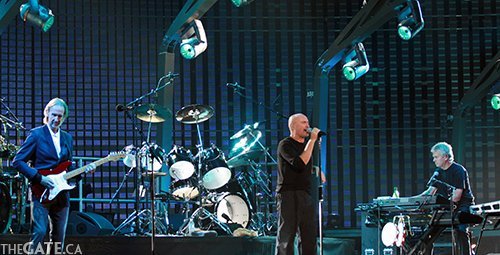 One of the biggest bands of the 80s is back, at least for a few, memorable shows. Starting this Friday, September 7 at Toronto’s BMO Field, Genesis will once again hit the road for the North American leg of their “Turn It On Again” tour, playing some of their biggest hits. Fronted once again by the iconic Phil Collins, the band is eager to show new and old fans the music they love to play.

Hitting the road earlier this year with Mike Rutherford and Tony Banks, Collins confirmed in a press conference yesterday that the band had actually looked at a much bigger reunion, including original members Peter Gabriel and Steve Hackett. However, after a meeting in Glasgow in 2004 it looked like a full reunion wasn’t going to happen. Gabriel had plans for a new album, that still hasn’t emerged, which led Rutherford, Collins and Banks to consider their own otpions.

“After the meeting we just, when there was just the three of us left, we just said ‘Do you fancy doing this?’ and within five minutes we had an answer,” Collins said. 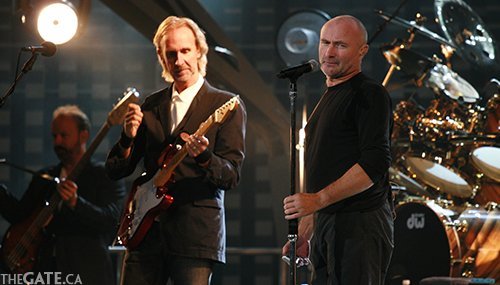 Following 25 shows in Europe, which Collins said he felt could have even been expanded to at least 60 shows, the trio were happy to dismiss any claims that they were just “wrinkled rockers” that were following the trend of other reformed bands now on tour.

“I’ve been called a wrinkled rocker for many years now, without the Genesis reunion,” Collins said, “We just do what we do. We kind of have always been running a paralel course to what everyone else is doing and we don’t have a new album. I feel remarkably clean actually. Wrinkled, but clean because we’re not here for any reason. There’s no other reason to do this other than just the fact that we actually want to do it. We want to play together and do these shows and to go out there and see if anybody else wants to listen.”

Fans hoping for new material might also have to just keep on hoping however. Just because the bands on tour together doesn’t mean there are plans for anything like a new CD.

“Because people ask us these questions we do quite often talk about things and we’re certainly not adverse to the possibility of doing something, but we’re not planning to do anything beyond this,” Rutherford said. “The idea of a few more shows once this thing is sort of working, perhaps in other parts of the world is quite attractive I think. In terms of sort of writing and everything I think we’re a bit loathe to get back into the whole kind of cycle of writing, recording, promoting, the whole thing. Those days are probably behind us, but you know we don’t rule out the possibility of writing.” 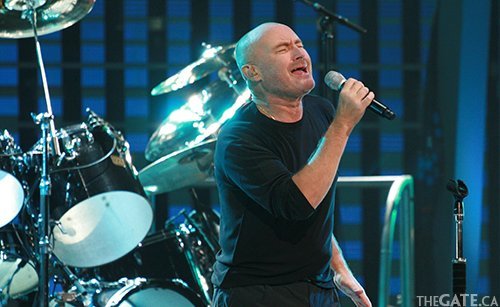 After the Q&A with the press, Genesis performed for a group of 350 people at the Air Canada Centre.

Genesis fans can look forward to a DVD and CD from the European tour. After Friday’s Toronto show, which you can still buy tickets for, the band moves on to the HSBC Arena in Buffalo, NY on September 8. They are currently set to wrap up the North American leg of their tour at the Hollywood Bowl in Los Angeles on October 13.