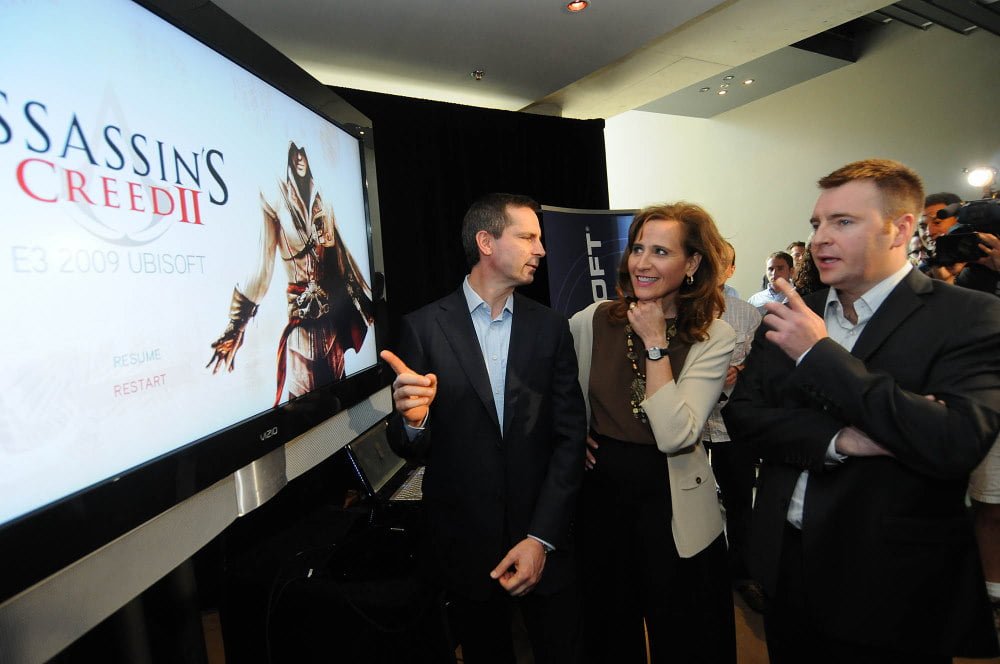 The city of Toronto has played a lot of parts over the years, including some major roles in the movie business, but thanks to a recent announcement by the government of Ontario and Ubisoft, we’re about to tread some new ground.

On July 6, Ontario premer Dalton McGuinty announced a new partnership with game developer Ubisoft, which will see the province invest nearly $263 million over the next ten years to open a gaming studio in Toronto. This marks the first time that Toronto, and Ontario, will have a game studio in our back yard, and for its part Ubisoft is investing over half a billion dollars to open the new operation.

With the new studio, which is expected to open in late 2009, Ubisoft will have a total of four studios across the country, and the project will create upwards of 800 new jobs for the province over the course of the decade.

“This isn’t kids stuff, and it isn’t child’s play,” McGuinty said during the press conference, “it is a very serious business and Ontario wants a bigger piece of the action, and it doesn’t get much bigger than Ubisoft.”

The importance of this announcement may not be obvious to everyone, but as McGuinty said, “This is kind of like landing a major Hollywood studio, only the video game business is growing faster than the movie business.”

For those who don’t know, Ubisoft is responsible for huge gaming franchises like Tom Clancy’s Splinter Cell series, Prince of Persia, Far Cry, and Assassin’s Creed, which has a sequel planned for later this year.

Ubisoft Montreal’s CEO Yannis Mallat will oversee the new studio, which the studio revealed would work with local film industry veterans “to enhance video game production and extend Ubisoft’s convergence strategy,” as the press release put it. The company also noted that they planned to press on into other mediums, “including books, comics, short films and other products.”

“We are in an excellent position to grow and after extensive analysis we are thrilled to have reached an agreement with the government of Ontario to found our new studio in Toronto. The city is one of North America’s economic and cultural epicenters and our expectations are high. We’re excited to be able to count on the exceptional local talent, who will contribute to our accelerated growth and will have a profound impact on the video game industry with the excellence of their creativity.”

“We are incredibly excited to finally tap into the remarkable talent Ontario has been developing over the years,” said Mallat.

“Toronto’s unique pool of experience video game industry and film industry talent will allow us to develop a team with exceptional ability to help us realize our goals for creating brands with universal appeal that extend beyond the world of video games.”

You can watch the official announcement at YouTube.com, or watch the Assassin’s Creed II trailer below.