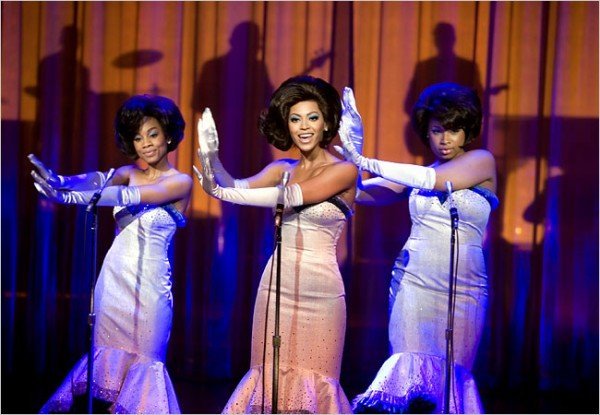 Surprises are always waiting just around the corner during the Oscars, and one of this year’s big ones came during today’s nomination announcement that saw the musical Dreamgirls walk away with an impressive 8 nominations, including nods for Best Supporting Actor, Supporting Actress, and a whopping 3 Original Song nods. It failed however to capture a nomination for Best Picture.

Following right behind Dreamgirls, with a total of seven nominations, was Alejandro González Iñárritu’s acclaimed film Babel; Pan’s Labyrinth and The Queen with six nods each; and Martin Scorsese’s The Departed tied with Blood Diamond with a total of five nominations each.

Announced this morning by Academy of Motion Picture Arts and Sciences President Sid Ganis and previous Oscar nominee Salma Hayek, the nominations are likely to draw much speculation over the coming weeks as people try to pin down the eventual winners. Many critics are already calling it a big snub that Dreamgirls wasn’t nominated for Best Picture. It should even be noted that musical dramas, like Ray and Walk The Line, have done very well in previous years.

While there’s never any guarantee who will win, there is one big question on a lot of people’s minds going into this year: will Scorsese finally walk away with his Best Director Oscar? His film The Departed was widely received as one of his best, and since Scorsese has been snubbed for years (ever since Raging Bull if you ask many fans and critics), it’s entirely likely that Scorsese will win just because voters might think he deserves to finally get the hardware.

Time will tell, and until awards night speculation will certainly be running wild.

The 79th Academy Awards will be handed out on Sunday, February 25, 2007 at the Kodak Theatre in Hollywood and Ellen DeGeneres will serve as this year’s host.

Performance by an actor in a leading role
Leonardo DiCaprio in “Blood Diamond” (Warner Bros.)
Ryan Gosling in “Half Nelson” (THINKFilm)
Peter O’Toole in “Venus” (Miramax, Filmfour and UK Council)
Will Smith in “The Pursuit of Happyness” (Sony Pictures Releasing)
Forest Whitaker in “The Last King of Scotland” (Fox Searchlight)