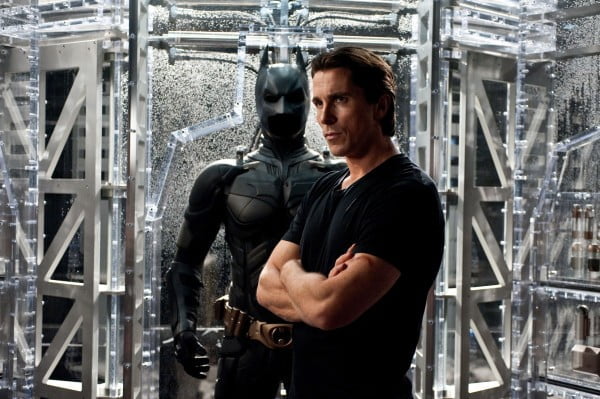 Where most superheroes rarely inhabit what you would call the real world, in The Dark Knight–and again with The Dark Knight Rises–Nolan makes Gotham’s strange streets feel like some part our own, and that’s the most powerful tool at his disposal, even as the film explores the darkest and grimmest story to date.

Set a couple of years after the events of 2008’s The Dark Knight, Bruce Wayne, played of course by Christian Bale, has turned into a recluse after losing the woman he thought was the love of his life, and he is now suffering a kind of spiritual defeat courtesy of the city of Gotham and his part in the terrible death of the deranged Harvey Dent.

Drawn back into the world by a cat burglar, namely Anne Hathaway as Selina Kyle, Bruce is slowly drawn into a fight with a man named Bane, played by Tom Hardy. At first, Bane is focused on a massive project beneath Gotham that seems to have nothing to do with Bruce, but that all changes when Bane makes one strike that proves the killer is no ordinary thug, and his goal is to bring down Bruce Wayne.

Throughout the film, Bane is maniacally following a very clever plan, and he has an army of men at his disposal who will do anything for their leader, including dying at his whim, if necessary, and Bruce does not really understand what Bane is planning for him or the city until it’s too late.

As Bane springs his trap, Bruce finds himself alone and fighting to be the Batman once again, and this battle will prove to be his toughest yet.

Ever true to its title, The Dark Knight Rises builds on the mythology that Nolan pieced together throughout the franchise, and he adds to it liberally once more. 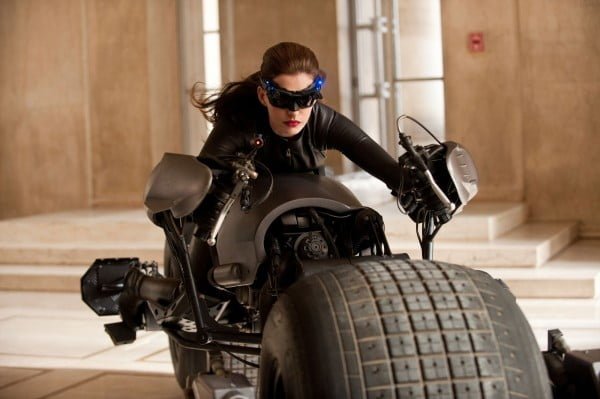 Not only do we now get Catwoman appearing in the mix, but Nolan and co-writer Jonathan Nolan have tied this film back to the original film very nicely, with elements of the second film as well. That helps makes The Dark Knight Rises feel like part of something much bigger, rather than just another sequel, and it’s the reason it is a magnificent ending to the Nolan’s trilogy.

The Dark Knight Rises stumbles in more ways than one though, and that starts with the characters. Bale delivers a good performance as Bruce again, but there is very little new about the character this time around, and Bruce hardly seems to develop from the man we knew in The Dark Knight, which is a major script flaw.

Characters also seem to lack conviction this time, making some of Bruce’s cohorts come across a little whiny, to be honest, including Michael Caine’s turn as Alfred–a character I previously adored, but found almost useless in this film, aside from acting as the voice of someone trying to protect Bruce from himself and the evil that is out to get him.

Worst of all is the film’s mainstream Hollywood plot points, which are well directed, but completely transparent, even while the main storyline is actually quite well-written. The story flows and twists and turns in surprising and dark ways, but it’s obvious who was involved in what and what they were trying to accomplish throughout the entire film.

The comparison could be made that, much like Bruce Wayne, Christopher Nolan has lost a vital spark, and without that spark, this film feels as muddled as Bruce.

In terms of the calibre of the cast, the cinematography and editing, and all the technical aspects of the film, The Dark Knight Rises is a brilliant creation that maintains the standards of the franchise. While I wasn’t fortunate enough to screen the film in IMAX, I can only imagine that those scenes shot in the huge format are incredible, as they were in the previous film. I also have no doubt that, this being said to be Nolan’s final chapter in The Dark Knight franchise, the majority of Batman fans will be more than impressed. This is the finalé that Nolan’s Batman trilogy needed, and whether the director returns to the franchise again, or ultimately moves on for good, The Dark Knight Rises nicely bookends his series.

However, I don’t believe that objective fans will consider this the best film of Nolan’s trilogy, and I certainly don’t either. Bane is nasty and interesting, and he’s a whole other breed of villain that seethes with quiet, frightening rage, but his role in this film is overshadowed by Heath Ledger’s incredible performance as the Joker in The Dark Knight, and the storytelling found in that film. That script moved with both style and substance, which unfortunately rarely appears from the shadows of The Dark Knight Rises. 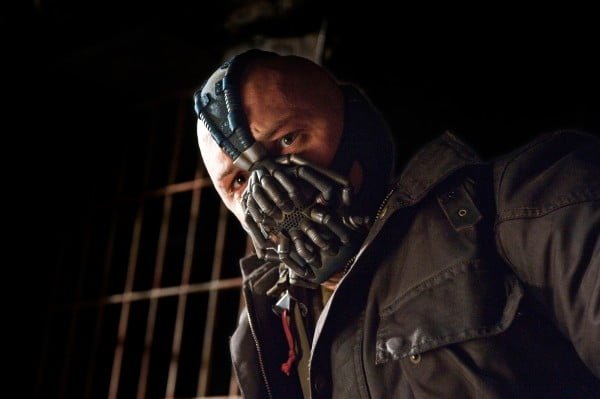