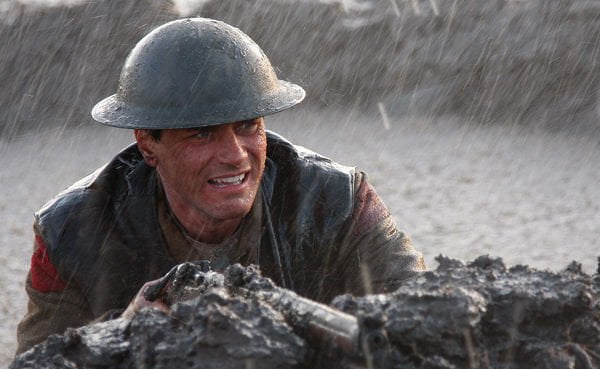 Paul Gross‘ epic war drama Passchendaele has been named as the opening film for the 33rd Toronto International Film Festival, which is set to open on September 4. The film was written, directed, and produced by Gross, who also stars in the film as Sgt. Michael Dunne.

Based on events of the First World War, the film is the story of Canadian troops sent into Europe for the third battle of Ypres, which was also known as Passchendaele. Gross’ character, who is sent back to Canada after he is wounded, decides to return to battle so he can watch over the brother of the woman he loves.

Caroline Dhavernas and Gil Bellows also star in the film, which is being distributed in Canada by Alliance Films.

“It is rare that Canadians get to experience their own histories via the moving image, particularly on the big screen,” said Piers Handling, director and CEO of the Toronto International Film Festival Group. “We are honoured to open TIFF 2008 with a work as personal and passionate, as significant to both Canadian film and Canadian history as Passchendaele.”

“Paul Gross is an inspiring Canadian and a leader in our industry,” said Cameron Bailey, the new co-director of the festival. “By paying tribute to our nation’s heroes – including his own grandfather, an Alberta veteran of Passchendaele – Gross uses the visceral charge of movies to contribute a foundation chapter to our national history. While never ignoring the horrifying truths of this or any war, Passchendaele stands as truly epic storytelling from western Canada.”

Passchendaele was partially funded with money from the Government of Alberta, which contributed to the project in honour of the province’s centennial in 2005. Gross’ film is also reportedly the most expensive Canadian produced film ever made, budgeted somewhere between $16-20 million. Visit the official Passchendaele website at www.passchendaelethemovie.com.

This announcement is the first for the 2008 festival, and will be followed within a few weeks by updates from other TIFF programs. At the same time, construction is already well under way at the film festival group’s new home, dubbed Bell Lightbox, which is being built at the corner of King and John streets in downtown Toronto. Former festival co-director Noah Cowan was promoted earlier this year to artistic director of Bell Lightbox.

The GATE will have ongoing news from the festival, including details on how you can volunteer for the festival. The official website, www.tiff08.ca, launches on June 27, and ticket packages go on sale to Visa cardholders on Monday, July 7.

Watch www.thegate.ca/tiff/ for ongoing updates or for coverage of the 2007 festival.