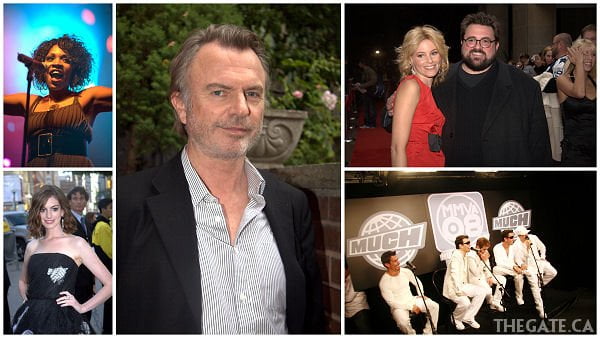 Divine Brown, Sam Neill, and Kevin Smith round out a few of the best moments in ’08

Time flies when you’re busy following the fun and insanity of the entertainment world, and 2008 seems to have passed in a blur. We saw some films, talked to interesting people, visited cool destinations, and ranted and raved about just about anything.

Without further ado, here are some of our favorite articles of the year in no particular order.

TIFF 08: Kevin Smith talks ‘Zack & Miri’ in Toronto
One of my all-time favorite directors sat down with press in Toronto to talk about his new comedy, and I frankly loved every minute of it. A new favorite moment from the Toronto International Film Festival.

Zune arrives in Canada, finally
After waiting over a year-and-a-half, the Zune made its debut in Canada and this was my near-complete review of the device and the software.

The Palazzo Las Vegas: The newest, most refined pleasure palace hits the Strip
Writer Christopher Heard visits the hottest new hotel in Las Vegas, taking a spin in a Lamborghini, checking out Jersey Boys, and getting a hair cut from one of the best barbers in the city.

Gallery: Divine Brown lights up the Mod Club
Warner Music Canada hosts one of the best R&B singers in Canada as Divine Brown performs from her new album, The Love Chronicles. Possibly some of my best photos, ever.

Filmmaker Perspectives: Doug Karr’s ‘Ten For Grandpa’
Writer and director Doug Karr, a good friend of The GATE, explains what it took to make a film about his grandfather, David Karr. The best part? The film debuts at this year’s Sundance Film Festival.

Toronto Fringe 08 Reviews: Part 1, Part 2, and Part 3
Writer Jory Brophy takes in numerous productions at the Toronto Fringe Festival, with special praise for The Tricky Part, Opera on the Rocks, Mr. Fox, and The Swearing Jar.

Stuart McLean on rails and tales
The host CBC’s Vinyl Cafe takes a trip across the country on VIA Rail, meeting fans, and creating a show around the whole adventure.

TIFF 08: Waiting for Brad Pitt with BT’s Dina Pugliese
Another fantastic moment from the Toronto Film Fest as I hang out with the co-host of Citytv’s Breakfast Television, as we wait for the appearance of Mr. Pitt. Good times!

Cancelled: The Air Canada Vacations fiasco
Finally, on a sour note, one of my most read blog entries from the year. Whether you agree with me or not, I rant about my experience with Air Canada Vacations who cancelled my flight weeks after a hurricane hit the Turks and Caicos islands.