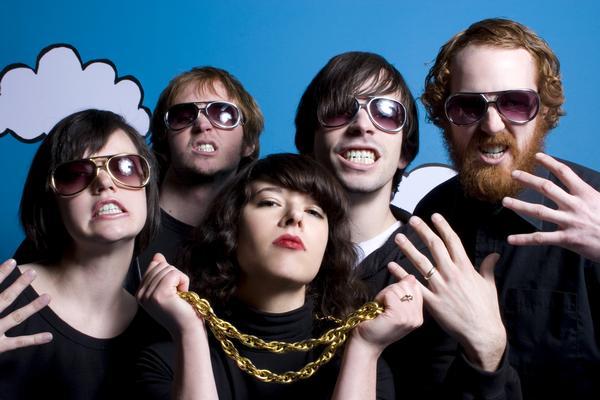 Over 500 bands are descending on Toronto’s hallowed music halls between June 17 and 21 for the 2009 North by Northeast music festival, and to help you decide who you need to check out we’ve gathered together music from a number of bands and performers.

Leading up to the first big night of the festival, here’s a peek at some acts you may want to consider for Thursday, June 18.

The Dakota Tavern
Cavaliers – 2:00 am | MySpace.com/thecavaliersmusic


Bio: Alternative country musicians Cavaliers! have a steadily growing audience for their sweet and harmonious vocals and the downcast beauty of their music. In April 2007, Mich Verrier and Adam Pariselli, two members of the band The Expos, approached Britton Allison to begin collaborating on this alt country project. The trio then found Dan Roth, who used atmospheric electric guitar to fill out the sound. Later, Tyler Leck joined the band to create perfectly steady and outstanding rhythm. After recording their debut album with Mitch Girio during the summer of 2007, they are now ready to take the world by storm.

The Drake Hotel
Amos The Transparent – 12:00 AM | MySpace.com/amosthetransparent

Song: “After All That, It’s Come To This”


Bio: Amos is an Ottawa based band who has pounded ut the miles on the 401 over the past year to build a local draw in Toronto that most locals could hope to have. Most recently they headlined a sold out Horseshoe show, supported The Reason as part of a residency at The Bovine, have been asked to be direct support for The Dears, Loverboy (yes Loverboy) and Jeff Beck.


Bio: Defying all pre-conceived notions that might involve combinations of the words Seattle and grunge, rain, sadness, long hair and (capital R) Rock, Natalie Portman’s Shaved Head (NPSH for short) comes blasting out of the Space Needle, literally, armed with more sunshine and pop fun than a technicolor cartoon on a sugar-fueled Saturday morning. NPSH are all about shiny disco beats, synth-drenched dance numbers and audience participation, and as their star continues to rise, Seattle will soon be known as the least ironic of cities, the anti-Williamsburg if you will.

You Say Party! We Say Die! – 12:00 am | MySpace.com/yousaypartywesaydie


Bio: You Say Party! We Say Die! are the party you threw in your parent’s house when your were 16 and they were out of town golfing with the neighbors. There’s wine cooler in the carpet, lipstick on the mirror, puke in the couch cushions, the dog is missing an ear, but you cashed in the empties and paid for your 2-6er of Green Apple Sour Puss like it ain’t no thang.


Bio: The Burning Hell is a folk orchestra from Peterborough Ontario, fronted by ukulele-wielding ex-history teacher Mathias Kom and featuring between one to thirteen people, depending on the night. High-energy performances mask the Old World fatalism and tongue-in-cheek sadness behind the songs, most of which involve babies, animals, famous conferences and the end of the world.