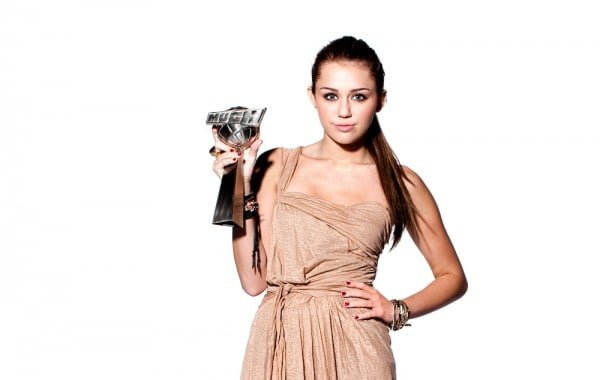 In just a few hours, downtown Toronto will once again host one of the year’s biggest music parties: the 2010 MuchMusic Video Awards.

Featuring some of the biggest names in music, the 2010 MMVAs will include performances by Adam Lambert, Justin Bieber, Katy Perry, Ke$ha, Drake, Hedley, Marianas Trench, Down With Webster, and of course the night’s co-host, Miley Cyrus.

Also in attendance at this year’s MMVAs are a pile of stars and celebrities: Whitney Port from The City, Snooki and Pauly D. from Jersey Shore, Miranda Cosgrove from iCarly, Bedouin Soundclash, Three Days Grace, Kristin Cavallari from The Hills, JLS, singers Nikki Yanofsky and Emily Osment, and Nina Dobrev from The Vampire Diaries.

Not to menion Twilight Saga: Eclipse stars Kellan Lutz, Ashley Greene, and Xavier Samuel; plus Shailene Woodley, Daren Kagasoff, and Megan Park from The Secret Life of the American Teenager.

Stay tuned to The GATE tonight for photos from the MMVAs, or follow us on Twitter for updates throughout the evening.

The 2010 MMVA red carpet begins tonight at 8:00 PM (ET), with the show starting at 9:00 PM (ET). Viewers tuning in from the United States can watch the show on Fuse, which will simulcast the event.