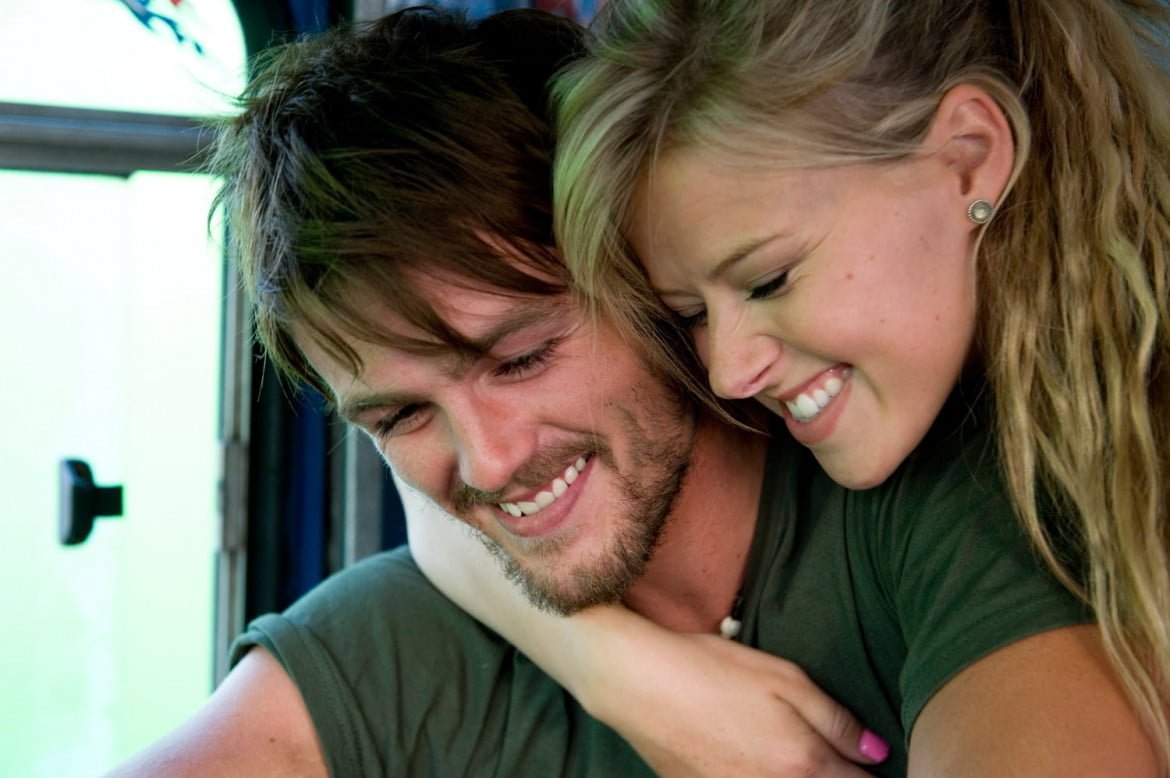 Director Mike Elliott hits the beach for Blue Crush 2, a sequel that follows the original surfing film nearly a decade later, taking a new direction on the topic of champion-level female surfers with an angle that aims a lot closer to home.

In Blue Crush 2, Sasha Jackson stars as Dana, a young and talented surfer who runs away from the impending responsibilities of college to follow her dream of riding the waves of South Africa’s epic J-Bay, just like her mother did before she ultimately passed away. Making new friends along the way, including Tim, played by Ben Milliken, Sasha has to prove her surfing skills on the world class waves before she can earn the respect of the locals, not to mention proving something to herself.

Last month, Jackson, Milliken and Elliott dropped by Toronto to chat about the film, the difficulties of getting the perfect shot in the surf, and what it’s like surviving the jockular nature of a director who seems to love having a little fun at his actor’s expense.

Blue Crush 2 is available on DVD and Blu-ray right now.