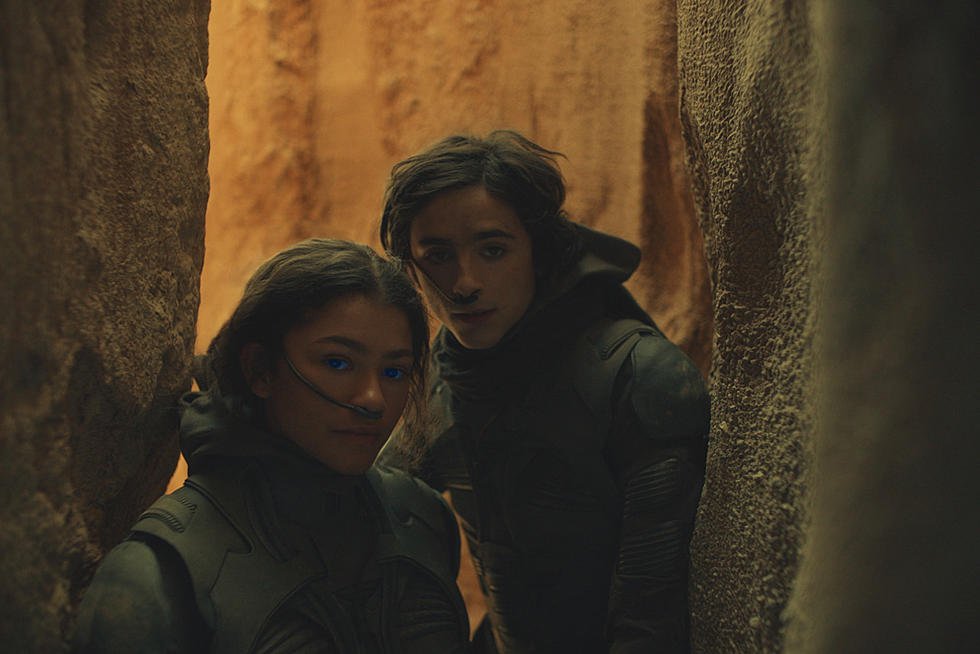 The 46th Toronto International Film Festival returns this September, and the annual celebration of cinema will feature over 100 films, including Denis Villeneuve’s Dune. Perhaps the biggest detail, however, was that in-person screenings and red carpets are also set for a comeback, and TIFF will also screen films across Canada.

TIFF 2021 will run from September 9 to 18, and one of the most buzzed-about films announced today is a special screening of Dune as a World Exclusive IMAX Special Event at the Cinesphere Theatre at Ontario Place.

“We are so proud of the calibre of the films and the diversity of the stories we will be presenting this year,” said Joana Vicente, TIFF Executive Director and Co-Head. “It is so powerful to be able to share these films with Festival-goers in theatres.”

Vicente noted that many people won’t be able to make it to Toronto this year, so the festival will ensure that their TIFF Digital Cinema Pro platform will support the industry for screenings, press conferences, and special events.

“It’s been a tough year and we’re so glad to be back,” said Cameron Bailey, TIFF Artistic Director and Co-Head. “We’re thrilled to be presenting the latest by Alison Klayman, Edgar Wright, Philip Noyce, Kenneth Branagh and many more to audiences in our Toronto cinemas, and to Canadians all across the country at home. We can’t wait for September.”

New this year, the festival will also host screenings across Canada with TIFF “Coast-to-Coast Screenings”, and they will also continue digital screenings with the TIFF Bell Lightbox, and conversations with TIFF Bell Digital Talks platforms. In Conversation With… Q&A sessions will be available around the world.

The festival will continue to work with health officials from the Province of Ontario and the City of Toronto to keep people safe at in-person events, and that will mean a mandatory mask usage policy for festival-goers.

Stay tuned for more announcements, and follow The GATE’s coverage in our TIFF 2021 feature section.

“TIFF remains a must-attend festival,” said Vicente. “Last year’s industry offerings led to a record-breaking year in film sales, new highs in Conference attendance, the introduction of TIFF’s pass-gifting initiative for under-represented voices, gender parity across all Industry programming streams, and TIFF’s curated Industry Selects film programme devoted to international sales titles. Our commitment to diverse voices, to removing all barriers for their work to be seen, to creating an accessible space for business, and to sharing creators’ stories is in our DNA. In 2021, TIFF is ensuring every initiative and event will have diversity, equity, and inclusion woven into its implementation.”

TIFF will build on its unwavering commitment to greater representation of voices by challenging the status quo, celebrating diverse storytellers and audiences, and making space for Black, Indigenous, people-of-colour, women, and LGBTQ+ creators and other under-represented talent.

To ensure that under-represented voices and perspectives are sought out and welcomed into its press corps, TIFF’s media team works with outlets and editors around the globe, encouraging a diverse contingent. In addition, TIFF will host the fourth year of its Media Inclusion Initiative (MII), a mentorship programme committed to growing the diversity of the press corps covering the Festival.

This year, TIFF welcomes 45 new critics and writers who will offer greater representation in the areas of race, gender, sexual orientation, and disability. The MII participants will have access to films, talks, specialized workshops, and one-on-one mentoring opportunities for eligible participants.

The 2021 TIFF Tribute Awards, will be co-produced by Bell Media Studios and for the second straight year will be broadcast nationally by CTV and streamed internationally by Variety.

TIFF will once again celebrate outstanding filmmaking with its jury awards: the Federation of International Film Critics (FIPRESCI) and Network for the Promotion of Asian Pacific Cinema (NETPAC) Awards, the Platform Prize, the IMDbPro Short Cuts Awards, the Amplify Voices Awards presented by Canada Goose, and the Shawn Mendes Foundation Changemaker Award.