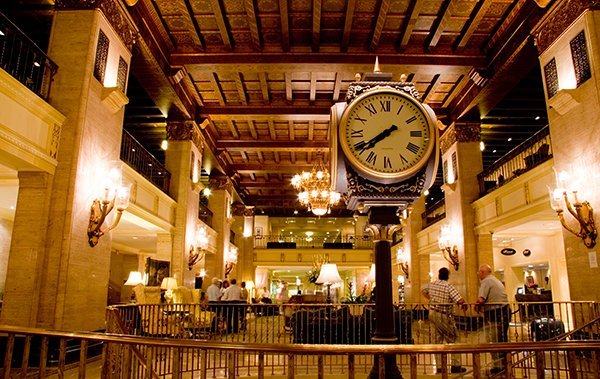 In the last week I have been sitting in the mezzanine lounge of the Royal York Hotel, or sitting in Epic restaurant lounge – watching people make their way through the lobby or relax over a cocktail after either a long day in meetings or a long day of sightseeing – just feeling the energy of the place. It got me thinking about the allure of living in a hotel and why it is something that writers and actors and artists and musicians seem to gravitate towards.

As I have been looking into this over the last few months – reading about people who have done it historically speaking and speaking to those who have done it or are doing it more recently, there did seem to be a number of commonalities in both the psychology of it and the physicality of it.

One common thread seems to be the preference of living in older, more historically significant hotels as they seem to suit those that are looking to be warmly enveloped in the embrace of a hotel. Old hotels like The Royal York were designed around that feeling of warmth and comfort given to the weary traveler. The newer hotels, especially the high tech boutiquey hotels of late, are designed with something entirely different in mind – they want to be hip and cool.

I have mentioned my conversations with actors Johnny Depp and Keanu Reeves, about their decisions to live in the Château Marmont, an old, very well worn hotel (come to think of it I remember the singer Beck telling me that he lived in the Château Marmont as well). But the three people I wish to talk about here come from much different eras and traditions.

The Savoy in London, England is a venerable old hotel that was once the home of the impressionist painter Claude Monet (who died in December of 1926). Monet didn’t just live in The Savoy, he would also set up his easel by the window and paint pictures of the Thames River from the view from his suite. Not only did he prefer to live in the Savoy Hotel – his suite and the view from it actually inspired him in his artistic endeavours.

When I thought of Monet painting the view from his suite I remembered the first morning I woke up in my suite in the Royal York and saw the stone gryphon perched atop the city from the tenth floor of the hotel – that view as I laid in bed literally captivated me – I have had the view photographed (I would love the image to be the cover photo for the book) and that image actually went a long way to inspiring the tone of the book. 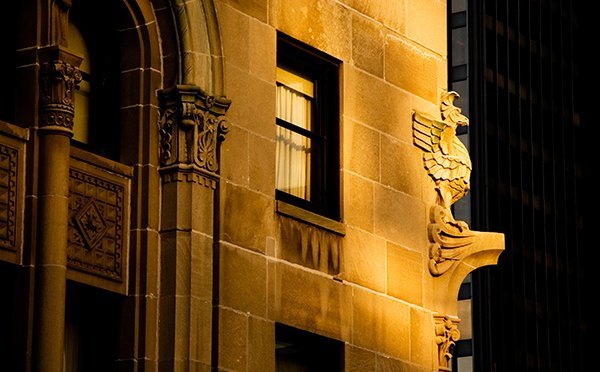 And take the case of the notoriously private movie goddess Greta Garbo. It might seem odd for someone so reclusive and so seemingly anti-social to pick a hotel to live in – a place that is teaming with people all the time going in and out, but she did choose it – she chose the Fairmont Miramar in Santa Monica. Garbo was soothed by the endless beach view from the seaside suites – so she had found a place where she could be comfortable and pampered but also be along and serene at the same time.

I have been to the Fairmont Miramar and I remember once looking out from one of the suites that faced the beach and the rolling sea – it was a sunny morning and fragrant with the rich combination of floral scents and that salty sea scent – I thought to myself ‘This is why people flock to California!’ Greta Garbo lived in the Fairmont Miramar for over four years.

Jump ahead to 2001 – in Beverly Hills. I am there to interview actor James Woods in a suite in the Raffles L’ermitage Hotel – a fantastic place that became instantly my favourite Los Angeles hotel the second I checked in. A small, non-descript hotel, the Raffles L’ermitage seems to be hiding in plain sight. Even though it is just a short walk from glam epicentre of Rodeo Drive, this hotel is quietly tucked away from traffic on Burton Way.

During my conversation with Woods, who is a remarkably intelligent, and a well-spoken man when not playing fast talking sleezeballs, our mutual love of hotels and hotel living came up and we enthusiastically talked about the Raffles L’ermitage where we were and of different hotels that we had visited and enjoyed. When I next spoke to Woods, again in the Raffles L’ermitage, in the late summer of 2003, we waxed enthusiastically about hotel living only this time Woods explained that he had actually moved into Raffles L’ermitage and was smiling broadly as he spoke of it.

“I just love it, there is something very relaxing about living in a hotel,” said Woods. “In fact you feel relaxed living in a hotel whether you consciously try to relax or not – the surroundings and knowing all that is available outside your door allows you to focus you attention on other things.” Which is essentially what attracts artists to hotel living – the removal of the minutiae of daily life, taking out the garbage, vacuuming, that sort of thing, translates into having more productive time to write or create and to focus more sharply on those endeavours.

James Woods later told me he loves hotel living so much, loves the staff and the people he sees every day, that he actually bought one of the doormen a set of golf clubs (“He’s a great guy, he walks my dog when I need him to, he is always there if I need help with something… so I bought him some golf clubs he was eyeing as a way of saying thanks and I wasn’t taking him for granted”).

The thing I too notice most about living in the Fairmont Royal York Hotel is the peace and quiet. That may sound an odd way to describe life amidst the hustle and bustle of a famous 1,000-plus room hotel, but once the suite door shuts there is a hush, a serenity that allows me to concentrate in a way that I have never known in all the years I have been writing professionally. And when I need to step away from the composition for a bit – I can always go to the window and wave and say hello to my buddy Gryphon who is always perched just outside my window.