Jean-Michel Basquiat: Now’s the Time at Art Gallery of Ontario 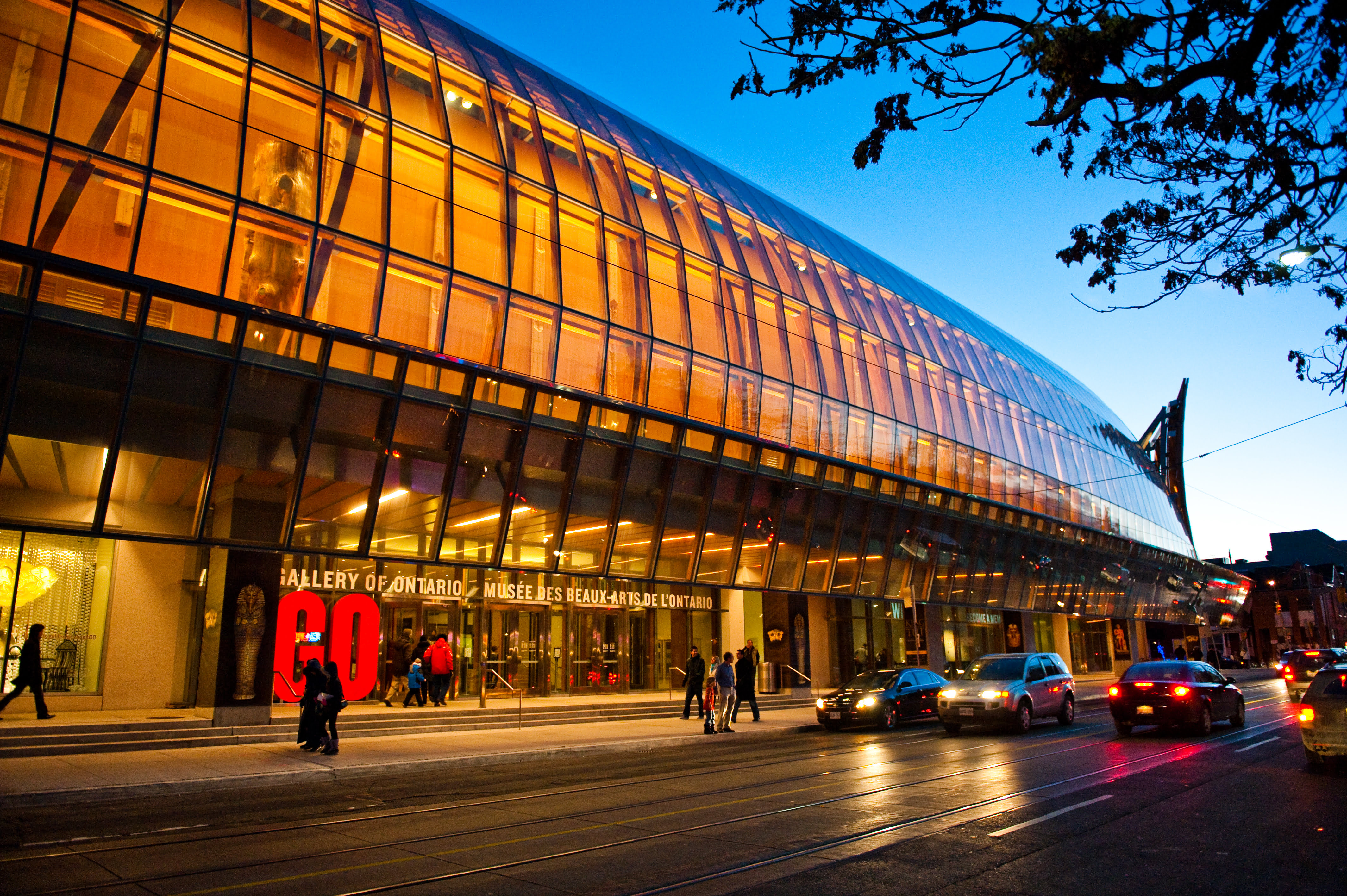 In the late 1970s in New York City there was a street kid artist named Jean-Michel Basquiat. A Brooklyn born kid of Haitian descent, this street kid was a talented artist who expressed himself through graffiti and tagging subway cars, warehouse doors, pieces of wood found on the street–anywhere on anything. His artwork commented on the over-hyped, over-commercialized world that served the few at the expense of the many and he would sign his work “SAMO” followed by a copyright symbol.

By the late 80s this young artist would be featured in galleries all over the world and be a friend and collaborator of Andy Warhol’s.

Basquiat’s work seems juvenile upon a first glance, but when you stop and take a longer, more considered look you are riveted by the complexity of everything that is going on in the work. Among the works that I found particularly striking are Now’s The Time, which is a giant painting of what is essentially a 33rpm record album to honor Basquiat’s hero Charlie ‘Bird’ Parker, with the words “Now’s The Time” painted in the centre (taken from Martin Luther King’s “I Have A Dream” speech). Another very haunting image depicts the death of his artist friend Michael Stewart who was killed by New York City transit cops while tagging a subway car–Basquiat writes, “It could have been me, it could have been me” to accompany the picture.

Around the exhibit are a number of quotes from Basquiat that are equally interesting when trying to understand this guy–like, “My subject matters are royalty, heroism and the streets”; “Believe it or not, I can actually draw”; and “I don’t think about art when I am working, I try to think about life.”

What is really fascinating about this show is that many of the pieces are not on canvas or wood, but on materials Basquiat would find in the street–cardboard, wooden skids and burlap.

His massive painting, Eroica, at the end of the exhibit, is a dazzling assemblage of images and symbols done with acrylic paint, oil stick, pencil, and Xerox collages. Eroica features a myriad of symbols ranging from Egyptian Hieroglyphics to laundry symbols to a strange symbol used in the street that means “Man Dies”–which was an ominous precursor to Basquiat’s own death just a couple months later of a heroin overdose at the age of 27. The show features a couple interesting pieces that involve Andy Warhol, Basquiat’s first champion and mentor, and a great artist who claimed Basquiat made him even better, one is a collaboration between Warhol and Basquiat called Don’t Tread on Me and the other is called The Photographer, a rare Basquiat self-portrait that pictures him being photographed by Andy Warhol.

When Andy Warhol died suddenly after routine surgery it hit Jean-Michel Basquiat very hard. He sunk into deep depression and drug abuse that he never recovered from, but the volume of material he produced in his short life is both powerful and awe-inspiring. Recently a painting by Paul Gauguin sold for over $300 million, during his lifetime Gauguin never made more that a few measly dollars from his art–at least Jean-Michel Basquiat got to enjoy, although very briefly, the fruits of his creativity as he became a superstar in the New York art world at 23.

I first became aware of Basquiat’s fascinating story through the 1996 film Basquiat starring Jeffrey Wright in a brilliant, overlooked performance as the artist. Artist Julian Schnabel, who was a friend of Jean-Michel Basquiat’s, badly wanted to get his story on film so he directed this film with great style but not at the expense of getting inside this brilliant, mercurial, but troubled young artist (Gary Oldman plays the Schnabel character in the film). This remarkable and I believe quite unfairly overlooked film features everyone from Christopher Walken and Dennis Hopper to David Bowie in an interesting turn as Andy Warhol. But it is Jeffrey Wright (Casino Royale) as Jean-Michel Basquiat who steals the show.

Give the film Basquiat a look, it will give you an excellent primer on the life and work Basquiat and will make you want to head straight to the AGO to see Jean-Michel Basquiat: Now’s the Time so you can get right up close and personal with the works of this modern art genius.