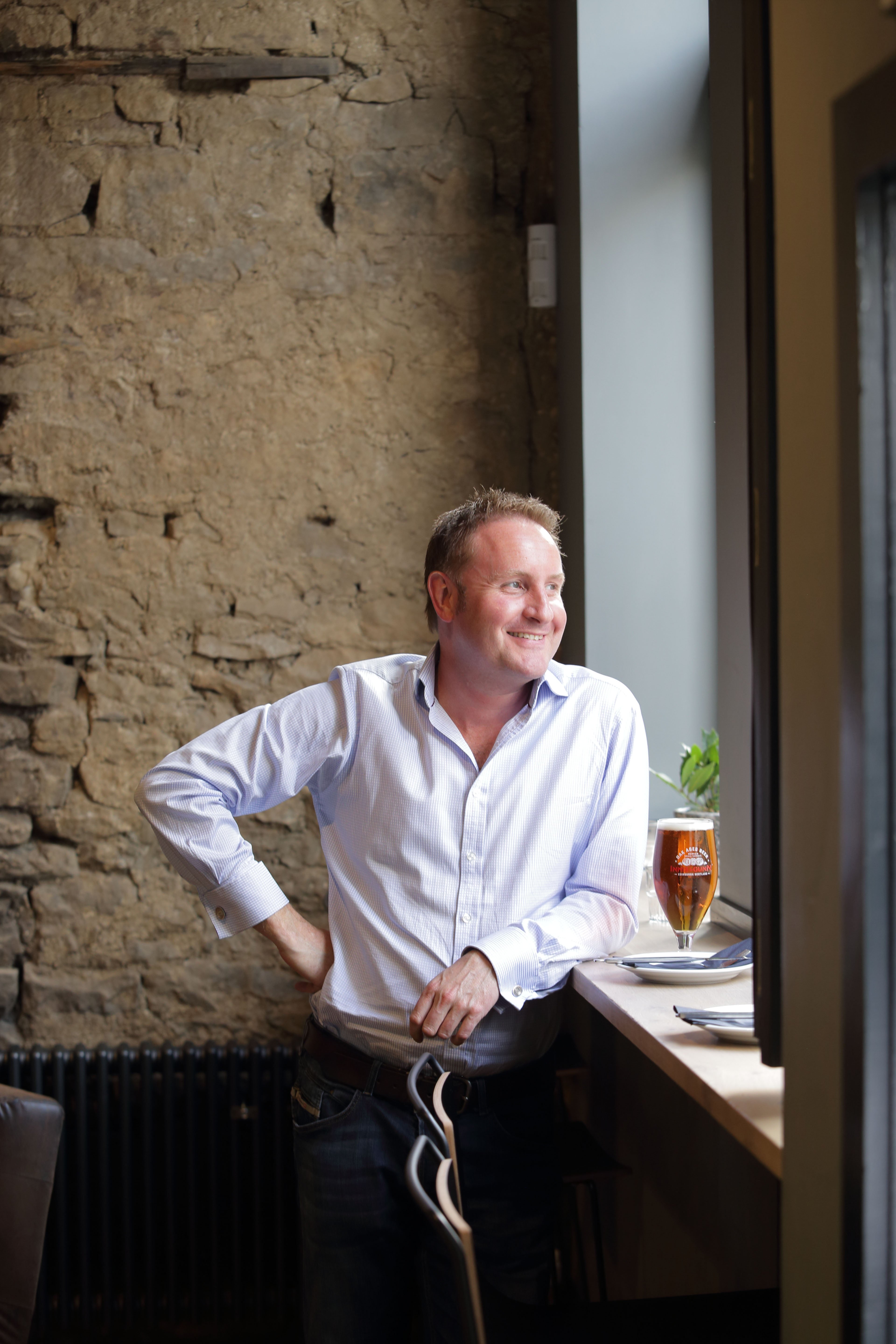 Innis & Gunn founder and master brewer Dougal Sharp has been making beer since he was a teenager. Back then, Sharp worked at his father’s Caledonian Brewery in Edinburgh, Scotland, but it wasn’t until a fire in 1994 that he became much more deeply involved in making award-winning brews. And while he had other plans for his career, brewing beer was clearly his calling.

Celebrating 30 years of brewing, Sharp seems amazed but proud of his career accomplishments, and for good reason. Innis & Gunn is Scotland’s most awarded brewer, and beyond the recipe that made them famous, they have a phenomenal mix of seasonal beers.

While most of their beers are oak-aged, with their well-known Original tasting malty and creamy, the brewery has a number of other recipes, like Rum Finish, Toasted Oak IPA, a lager, and seasonals like Espresso Barleywine, which is beautifully complex, rich textured, with flavours of coffee and chocolate.

I chatted with Sharp recently to find out where he gets ideas for his recipes, and what it takes to brew a new seasonal beer. Here’s what he had to say.

Andrew Powell: Where do the ideas come from for new season beers? And specifically what led to the unique combination of barleywine and espresso?

Dougal Sharp: “Inspiration for a new beer might come from different sources. It might be that we want to work with a specific spirit producer, that there is a new ingredient that we’ve never used or, as was the case with Innis & Gunn Espresso Barley Wine, it might be a beer style we’ve never brewed before. I really wanted to brew a barleywine, but also wanted to see what else we could do with our Oakerators.”

“It was a first for us to percolate the beer not just with oak, but with whole spices and coffee beans as well. We wanted to recreate cold pressed coffee by percolating the fermented beer with espresso blend coffee beans at 4°C for a week to draw out the pure coffee aroma and flavour. The final result is a pretty outstanding beer, but then we’re perhaps a bit biased!”

Andrew: What kind of timing is involved in bringing these seasonals to shelves?

Sharp: “The timing can be pretty quick, if we really need to in the past we’ve been able to go from concept to packaged beer in a few months. But that’s the exception rather than the rule. Generally it takes around six months to fully develop an idea, write a brewing recipe, source ingredients and then produce and mature the beer. The process for every beer is different and that’s always what holds my interest – you never know where a brew will take you.”

Andrew: Is there a particular achievement that means the most to you? Either based on an award, or a personal goal to date?

Sharp: “The realization that I’ve been in the brewing industry for 30 years fills me with equal measures of achievement and absolute horror… where the hell did the time go?! From those first days of working with my dad at the Caledonian Brewery in the late 80’s, I always knew that making beer was something that would be a huge part of my life.”

Andrew: For you, what is the most rewarding part of the process?

Sharp: “Seeing how much our brand has grown and developed and the same goes for our people.”

Andrew: What would you say inspires you the most?

Sharp: “The reaction when someone tries an Innis & Gunn beer for the first time–9/10 it’s a good one and you can’t help be inspired by people being blown away by a beer you’ve made.”