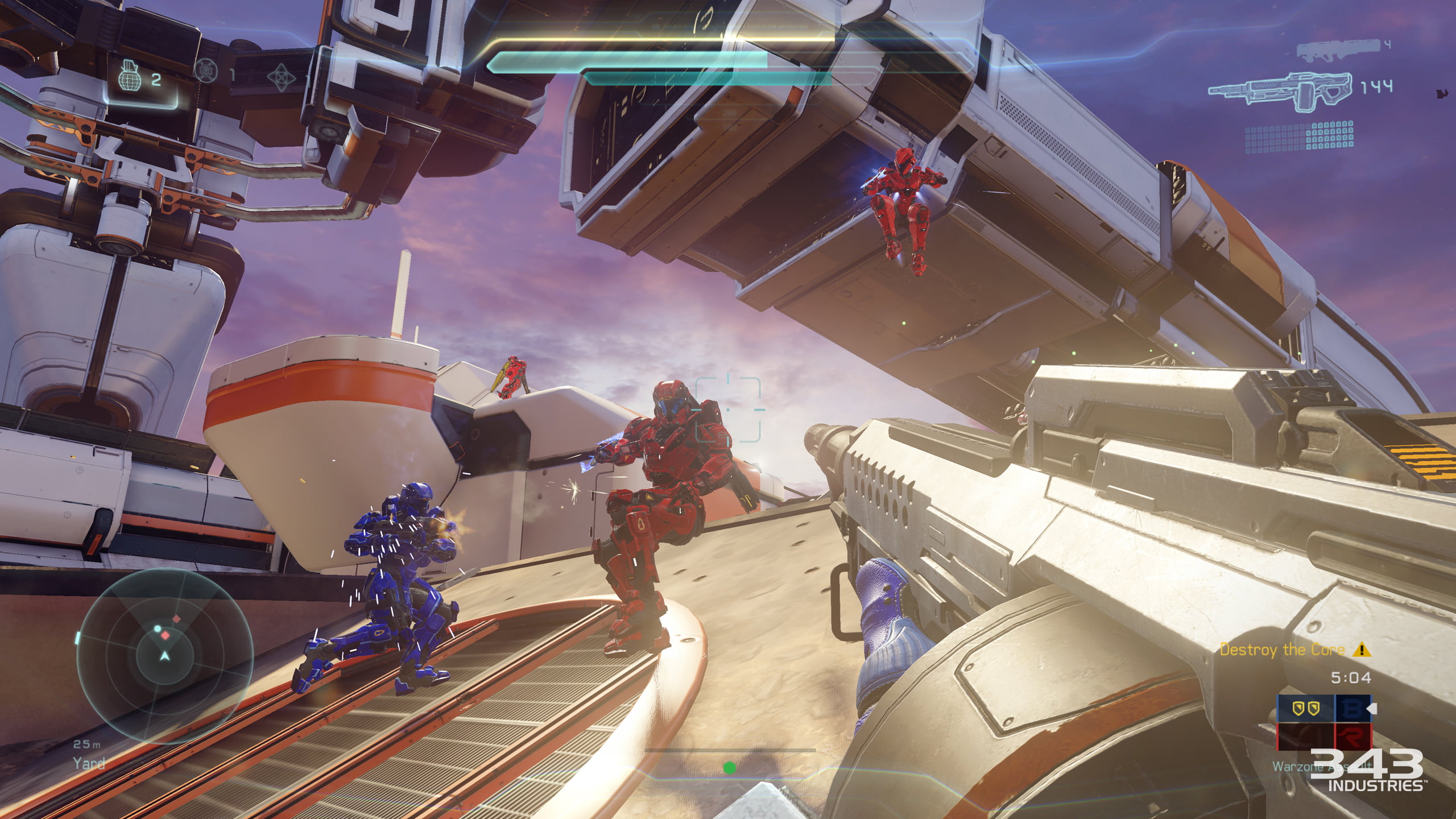 This is it, friends in battle; Halo 5: Guardians is out there, ready to be played, and to give you a quick glimpse into the new Warzone multiplayer setup, I jumped in and tried out a few of my stellar moves (I’m kidding; I’m awful) so you can get even more pumped to kick some butt, or get your butt kicked.

So what is Warzone all about? Here is a very general run down:

Depending on the map, Covenant or Promethean forces will appear to add a bit of chaos to the mix–as if it wasn’t already chaotic enough with 23 other gamers trying to blow each other off the map–and Legendary Bosses will also drop in. All of these baddies are worth points to the team that knocks them off.

As an alternative, Warzone Assault takes out all of the AI controlled bad guys and leaves you with a capture or defend the base battle, with the team that succeeds the most winning the game.

Here’s the video of the gameplay captured just before launch, at the end of the media preview window. Watch all of my videos from Halo 5: Guardians below that in the playlist. Videos include samples from the first two missions in the campaign mode, plus the Warzone multiplayer gameplay.