Dead Rising 4: Inside the first 40 minutes of gameplay

Welcome back, Frank West! This week Dead Rising 4 arrived on Xbox One for ardent zombie fans to revisit the city of Willamette, and once again they take control of the wonderfully pessimistic photographer Frank as he’s pulled back into another bloody adventure.

Ahead of the release I had a chance to play the game for a few days, and it’s been a lot of fun revisiting the franchise, and returning to Willamette, which marks a return to some familiar plot points and combo weapons.

This time out, Dead Rising 4 has almost literally left everything lying around for you to find. There are weapons and things to build at every turn, which gives the player a chance to pick a weapon they love, or a few weapons, and stick with it. Combo building is also a bit more relaxed to start with, so, for instance, if you want to build the awesome Blambow, you just need any crossbow (even a toy one) and anything explosive. The Ornament Gun is also a big favorite, especially for taking down the Medieval Town “knights” and assorted goons.

Frank now does the selfie thing when he’s taking photos, if you like, and his camera helps investigate plot points and move the story along thanks to a night vision option, and a spectrum analyzer which can help Frank unlock doors and computers.

The game features a lot more zombies around every turn this time out, which can make some areas more challenging, but Dead Rising 4 also feels more wide open and freeing in other ways. There’s no time limit for completing quests, so you can really go and do anything without having to stick to a particular goal, although at some point you’ll want to move on from one area to the next.

From my gaming experience, there are a couple of great combo vehicles, like the Kill-O-Watt, but the combo vehicles certainly look a lot smaller this time out, even if they pack about the same amount of killing power against the zombies and villains. You can also find Exo Suits around the game which not only power Frank up, but give him access to big weapons like giant swords, axes, and mega-guns. The only down side is that Exo Suits have a limited amount of power, so they will fall apart pretty quickly.

Best of all, the humour of the game is top notch, with Frank getting off some great zingers, and the graphics are excellent too. At times the gore is almost horror-movie quality.

Watch my video above as I run you through the first 40 minutes of the game, jumping through the best bits and highlighting a few big details and combos items. Stay tuned as well for more highlights from the game. 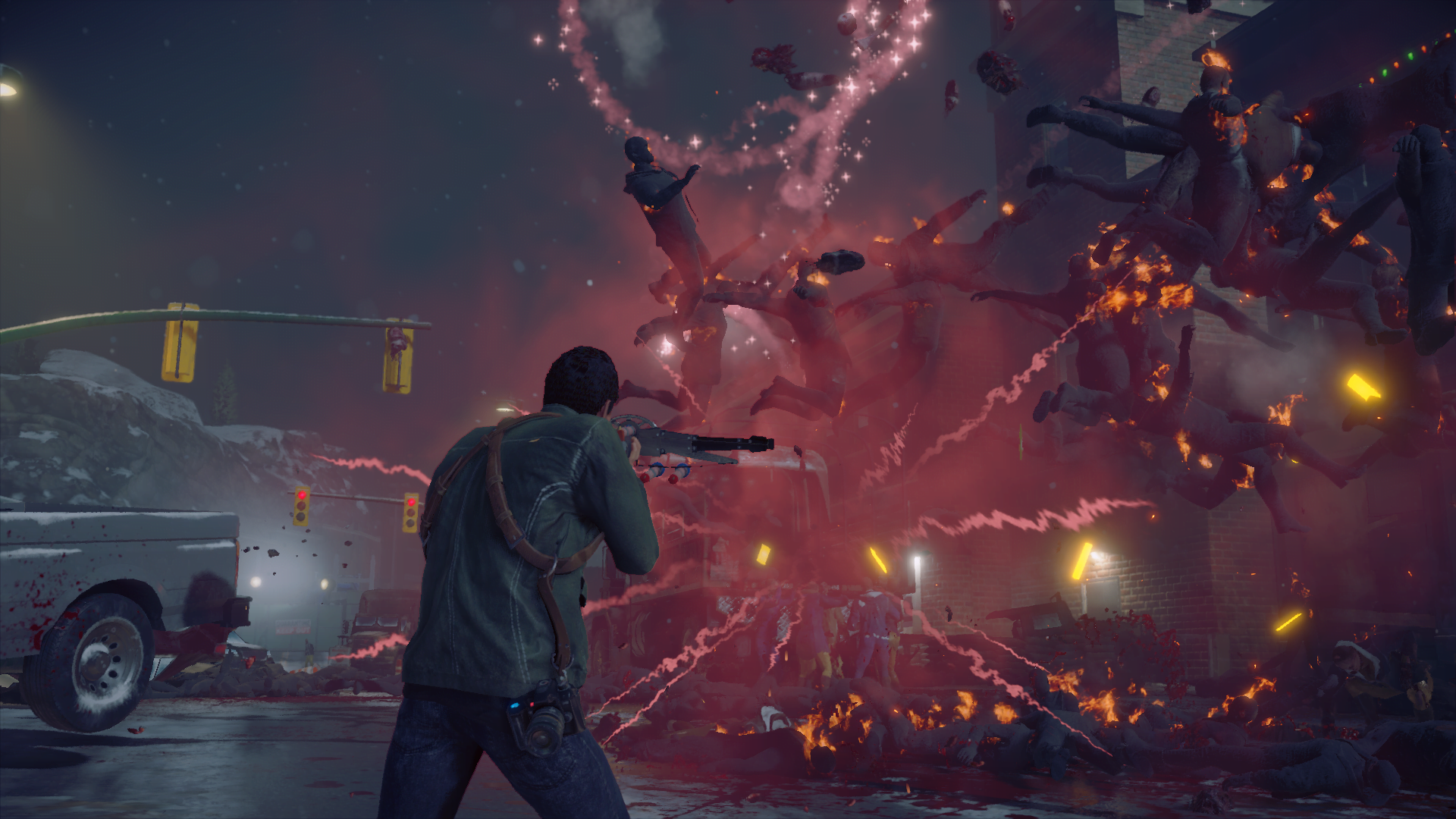 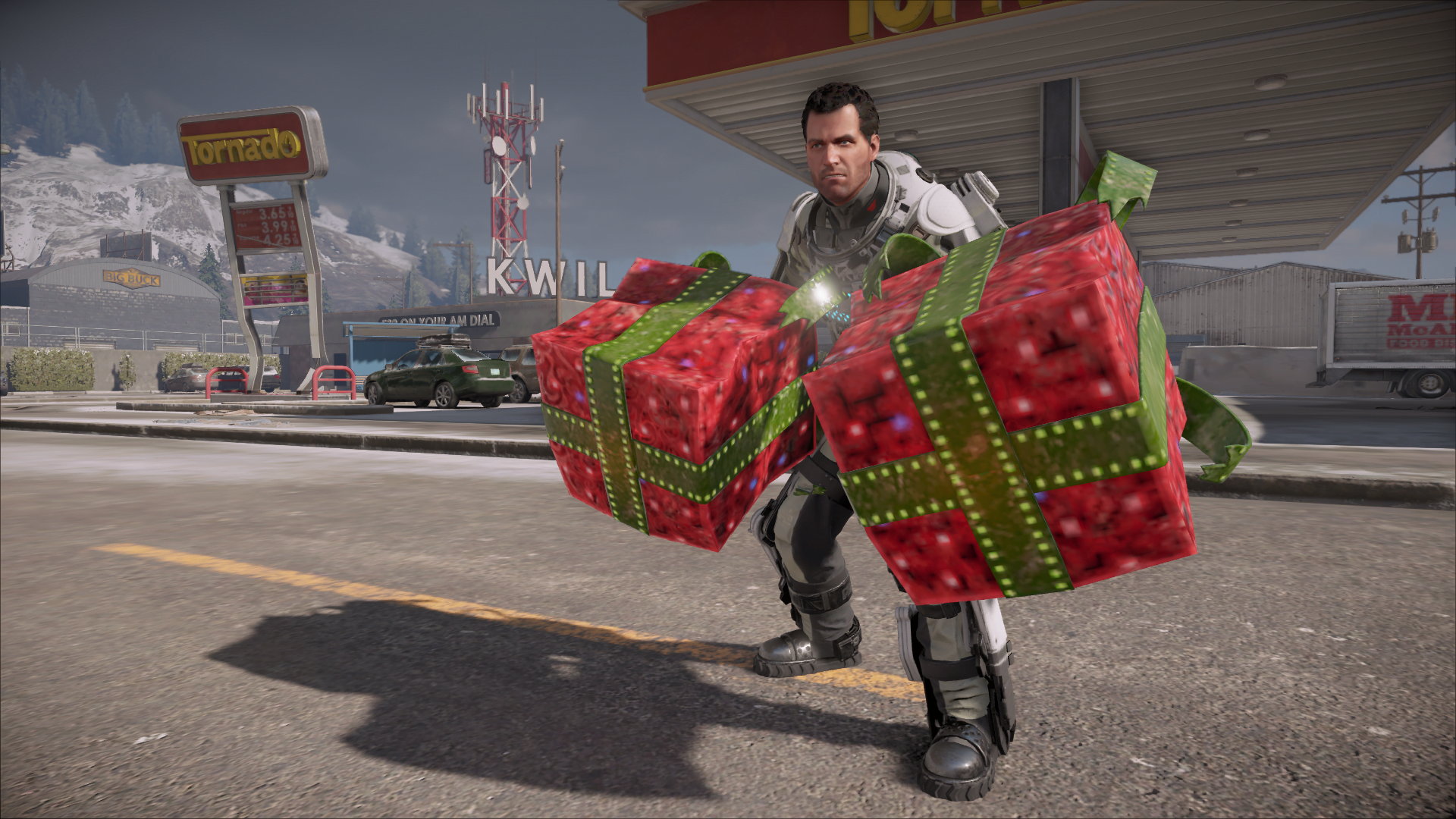 Frank with a Holiday Exo Suit 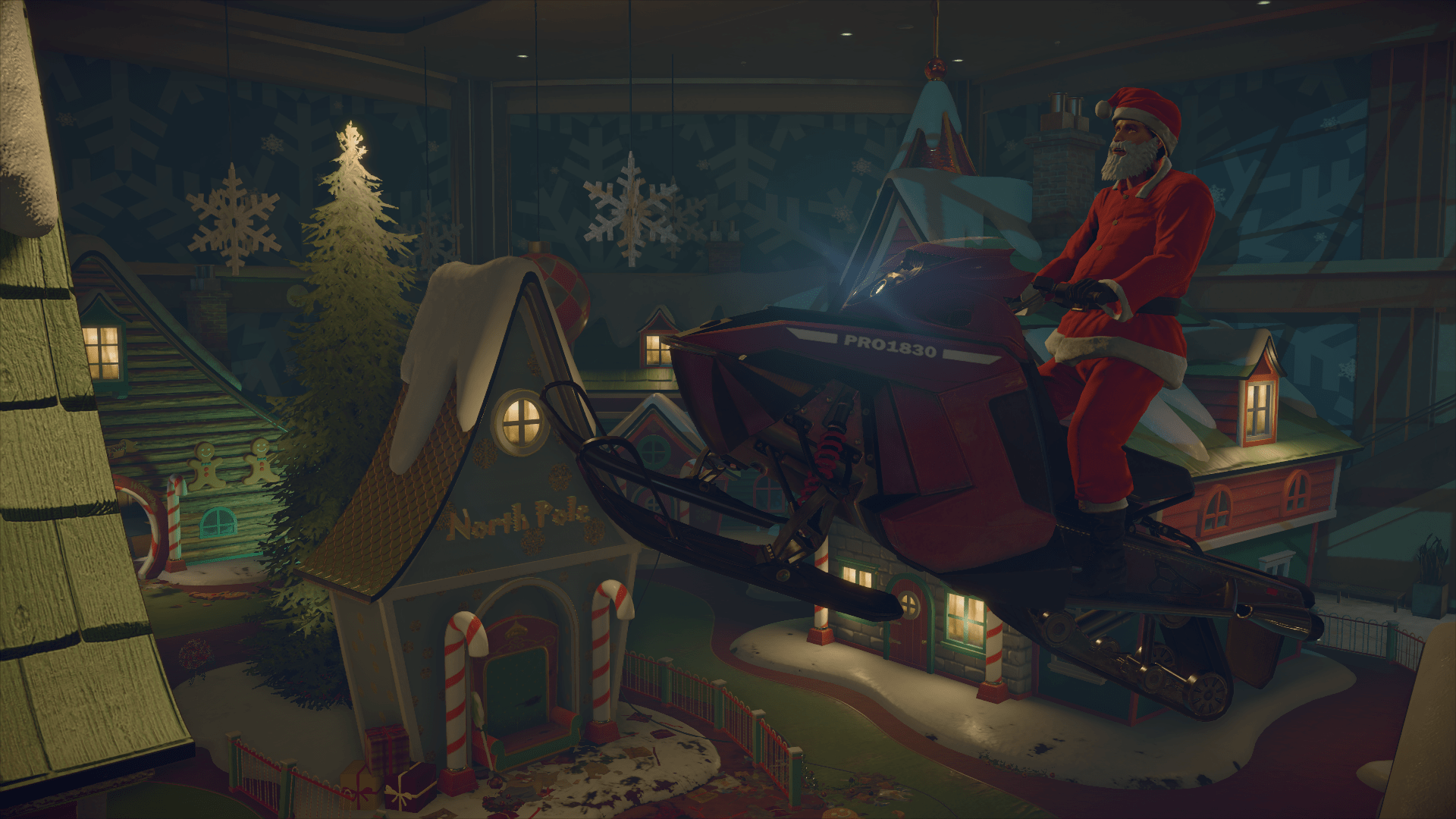 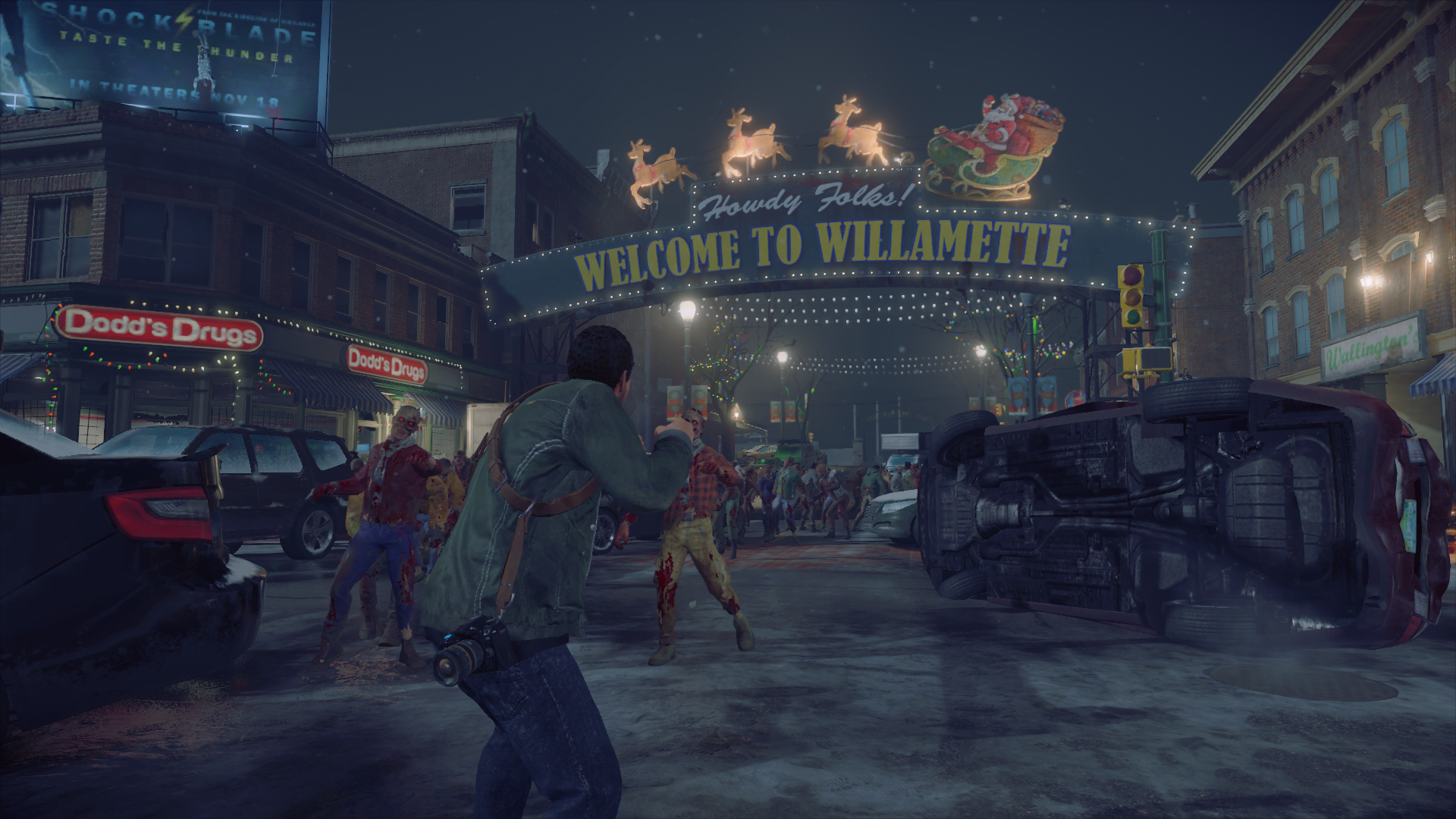