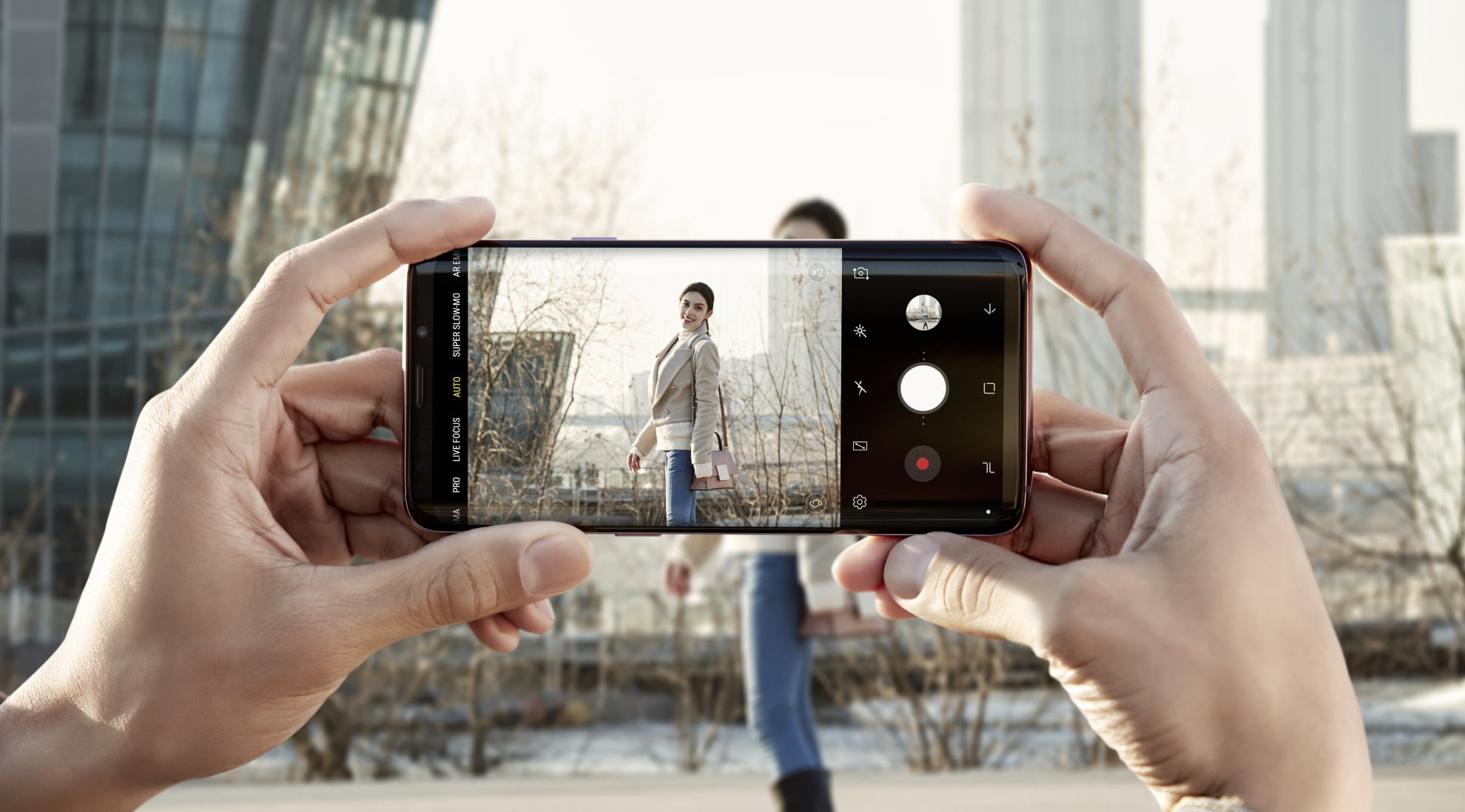 In Canada, the new devices will launch on March 16 for $960 and $1,100, respectively, and you can already pre-order the new Galaxy S9 and S9+ starting today. Colours for the new devices include Lilac Purple and Titanium Grey. Get more details on the Samsung Galaxy S9 on Samsung.com.

Where the two devices really stand apart though, is with the cameras, and many users may find that the extra price for the S9+ is especially worth it here.

You might wonder why the dual-aperture feature is even important, but it is a big upgrade from standard single-aperture lenses. When you’re shooting in bright lighting conditions, a low aperture setting allows a lot of light to hit the camera sensor, and that results in a common problem in bright conditions: blown out details. On a bright day at the beach, for instance, a single aperture lens may result in photos where the sky could be pure white in areas, or this could even happen with the water or the sand, depending on the lighting conditions.

With a dual-aperture lens, however, a wide angle photo could be captured at F2.4, offering more details in even bright conditions. If you want to read an exhaustive exploration of the benefits of the dual-aperture lens, check out this story from Trusted Reviews.

It’s also notable that in darker conditions, the dual-aperture lens otherwise ensures you still get the power of the F1.5 aperture setting, to capture more light and sharper details. 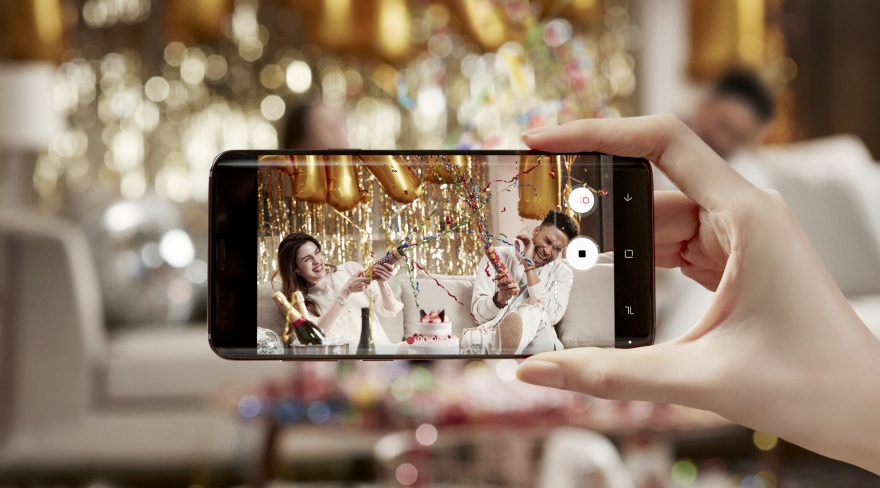 Beyond the changes to the cameras and lenses, the new S9 and S9+ include a few new features.

Super Slow-mo offers 960 frames per second, with automatic Motion Detection that intelligently detects movement and begins recording automatically. You frame the shot, and the Super Slow-mo does the rest, and you can add background music, or create a GIF from the video.

With Samsung’s AR Emoji app, you can use the device’s cameras to map your own face to create real-life emotions on a 2D Emoji that you can customize to look just like you. So you point the front-facing camera at yourself, let the app scan your face, and then you can customize it–for instance changing hair colour or style–and then use the app to record or capture your emotions. From winking, to nodding, smiling, or laughing, AR Emoji is bound to be popular, and it works with third-party messaging platforms like Facebook Messenger.

Finally, Bixby has an upgrade with the S9 and S9+ allowing it to detect and translate foreign languages in real time, which Samsung calls Live Translation. The feature also works with currency, and seems like a big upgrade for travellers hoping for easier solutions when they leave home. Bixby will also be able to detect objects in real-time and provide information about it, from products to food. 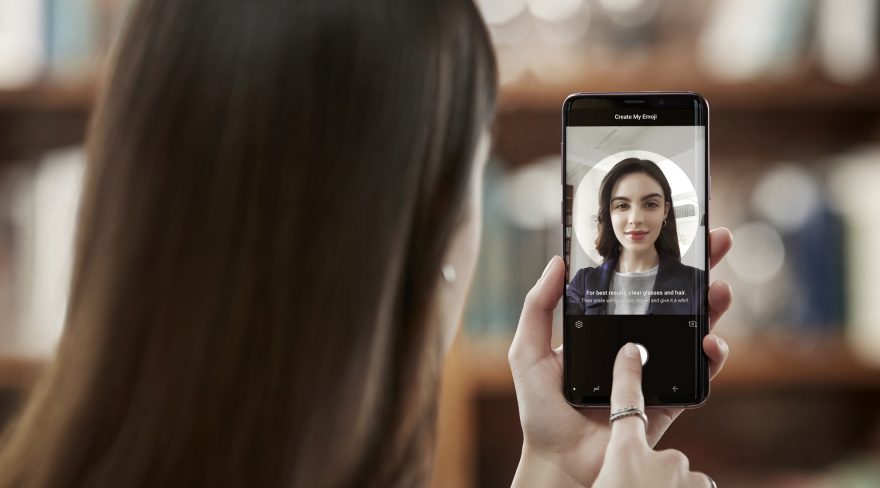 For anyone who loves a good movie, the Samsung Galaxy S9 and S9+ feature stereo speakers–one on each end of the device–for immersive audio. The audio also supports Dolby Atmos enabled surround sound.

The Infinity Display has also been updated, offering a brighter display even in direct sun.

Samsung is also launching their new SmartThings app, which provides a central hub for managing your connected lifestyle home or office, and the app will include support for non-Samsung devices as well.

Like recent Samsung Galaxy devices, the new S9 and S9+ are IP68 water and dust resistant, offer fast wireless charging, but they now offer up to 400GB of expandable memory using a Micro SD card.

Other additions to the S9 and S9+ include Knox 3.1 for improved security; Intelligent Scan, a new biometric authentication option that combines facial recognition and iris scanning for quick device unlocking; and Dedicated Fingerprint allows users to access Secure Folder using a different fingerprint than the one used to unlock the device. 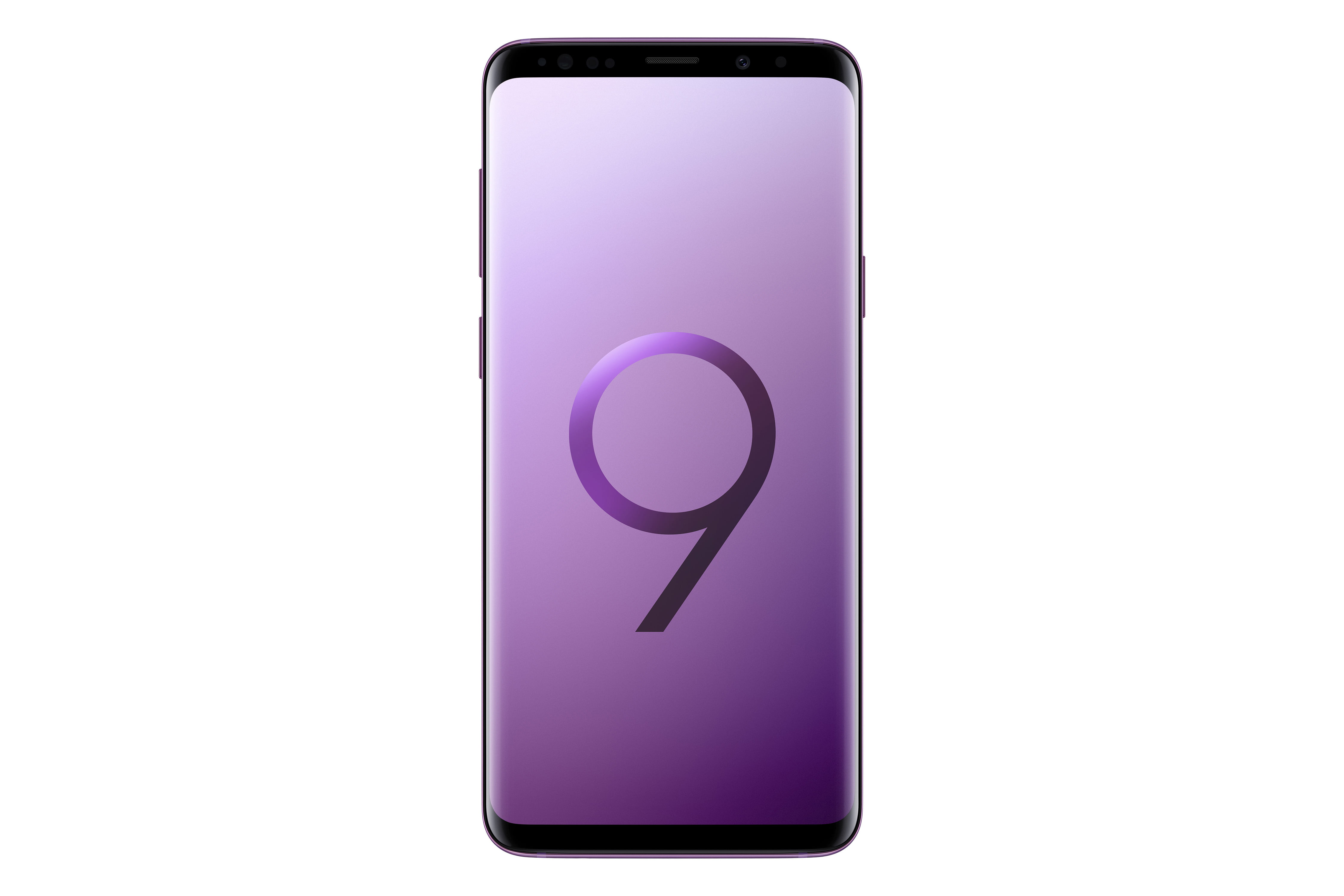 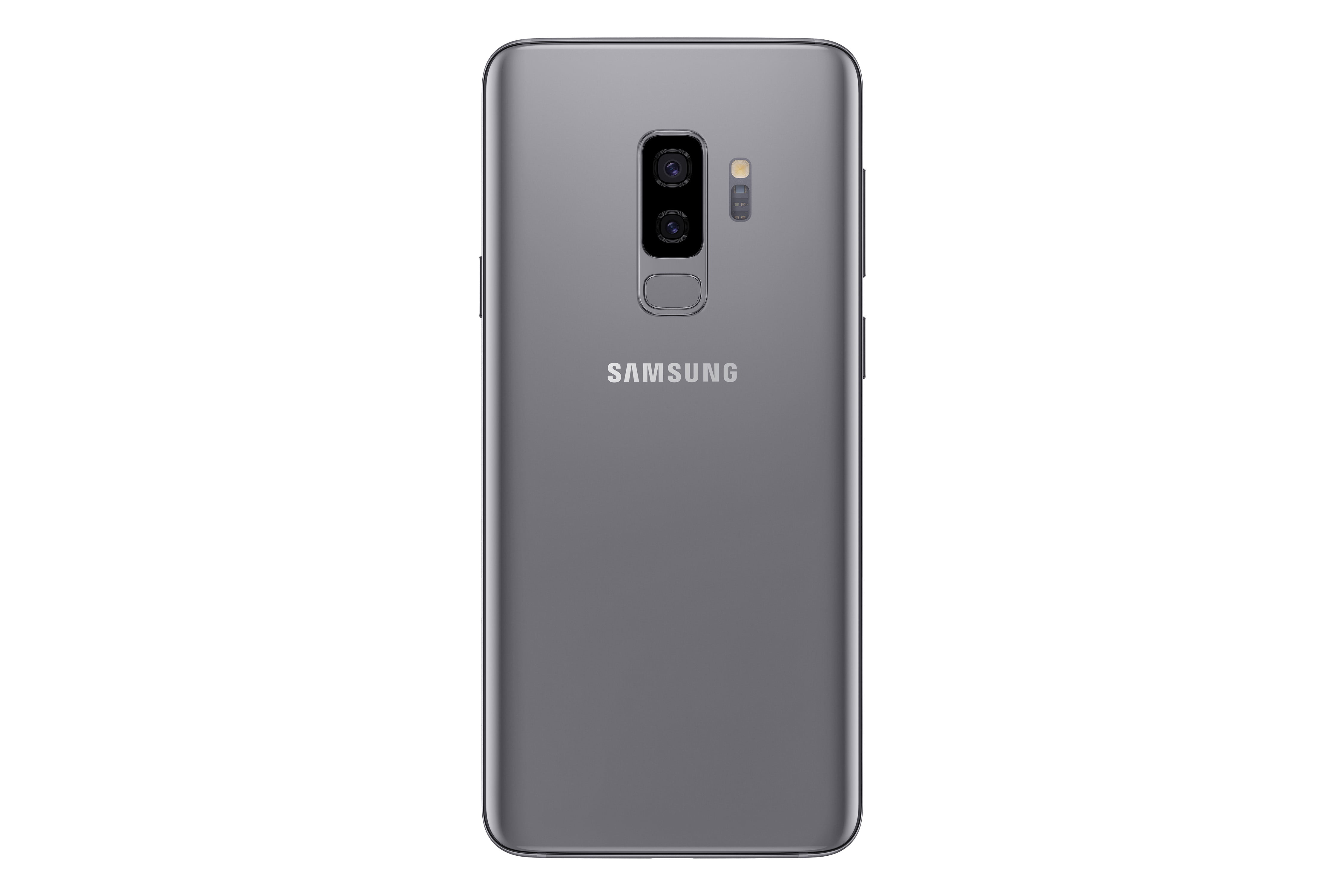 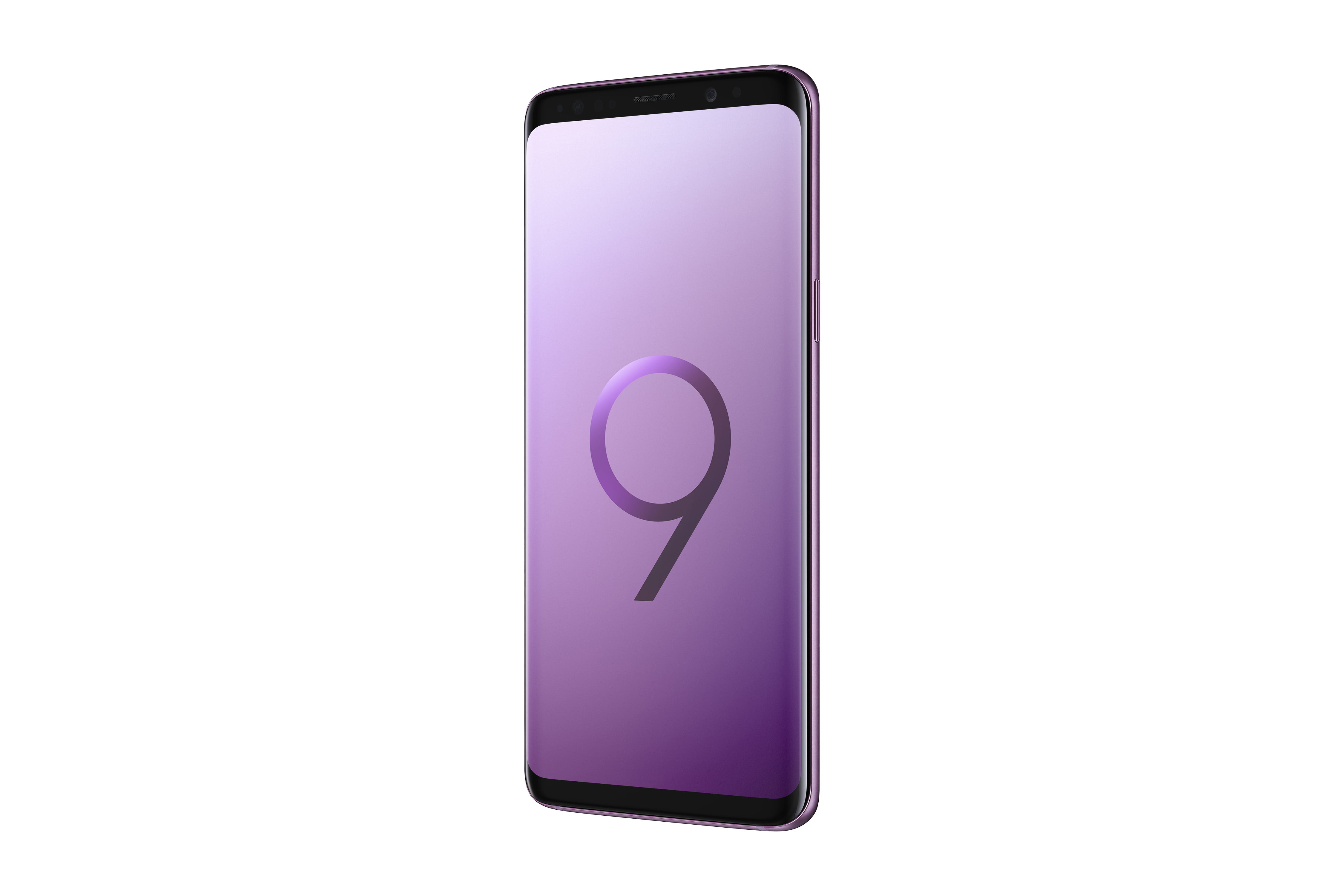 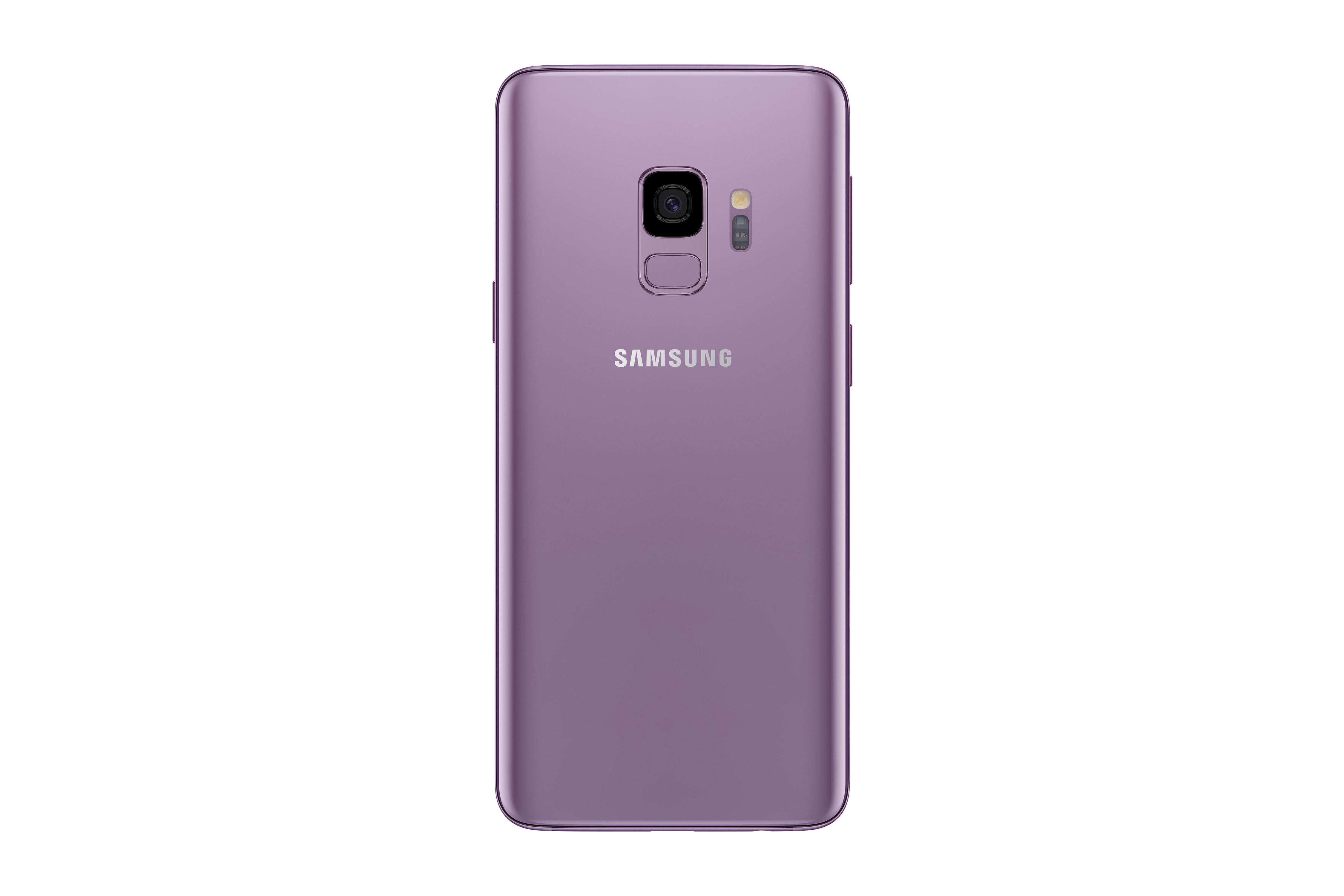