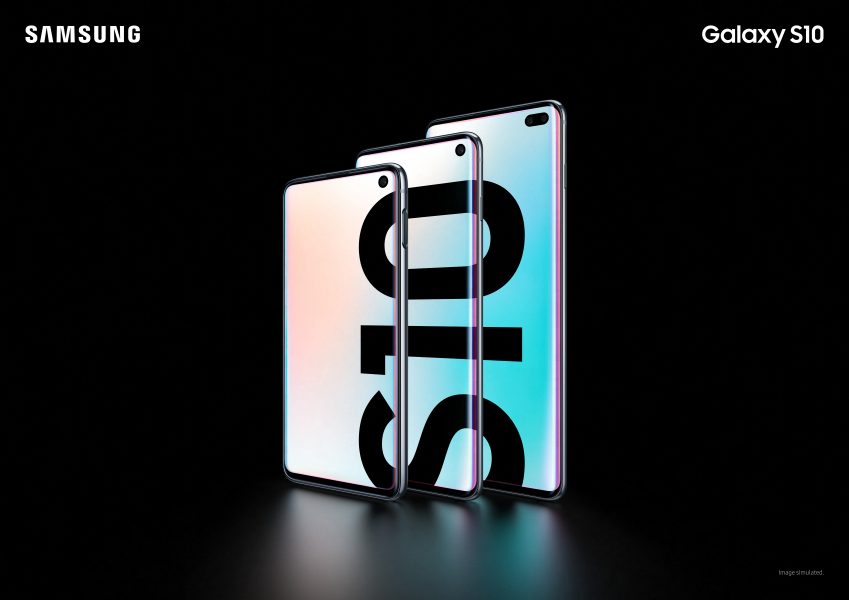 So what’s the difference between the three S10 phones and how do they stand out?

The S10e is effectively the value device, while the S10+ is the premium model, and the S10 in the middle. All of the specs reflect that from the display quality, screen size, cameras, battery, and memory.

And it’s naturally very hard to top what’s packed into the Galaxy S10+.

For memory, all three phones include 128 GB of storage by default, but you can get the Galaxy S10+ with up to 1TB of space and 12GB of RAM with the ceramic models.

And then there are the cameras.

All three devices include the same 12MP wide angle camera, and 16MP Ultra-Wide camera with 123-degree field of view, but the S10 and S10+ also include a 12MP telephoto camera.

At the Unpacked event, Samsung showed off the Ultra-Wide camera, and it’s a dramatic feature for anyone who loves striking, scenic photography.

Otherwise, the S10 and S10+ are nearly identical with three cameras on the rear, but the S10+ however has a dual front-facing camera, while the S10 has a single camera on the front.

Thanks to Super Steady recording and digital stabilization, capturing video on the S10 is much more stable, even when you’re moving, and the devices can shoot video and display it with HDR10+, which brings more depth to any scene.

What else can the S10 do? Wireless PowerShare means you can plug in your phone to charge it and wirelessly charge Qi-certified devices and wearables at the same time.

The smartwatch, activity tracker, and cord-free earbuds were made for active lifestyles, and the trio of wearables are smart and sporty, with minimalist designs.

Until March 7, anyone who pre-orders one of the new Galaxy phones from a Samsung Experience Store, at Samsung.com/ca, or at select retailers or carriers, and trades in their old device, will get up to $200 off the price of the phone in addition to the trade-in value of their device.